Business View Magazine interviews Charlene LeBlanc, Community Development Officer for the Municipality of Argyle, NS for our series on the Best of Nova Scotia.

Argyle, officially named the Municipality of the District of Argyle, is a district municipality in Yarmouth County, Nova Scotia. It occupies the eastern portion of the county and is one of three municipal units – the other two being the Town of Yarmouth and the Municipality of the District of Yarmouth. Argyle is a bilingual community, in which native speakers of English and French each account for about half the population. As of 2016, 60 percent of the population speaks both French and English; one of the highest rates of bilingualism in Canada. 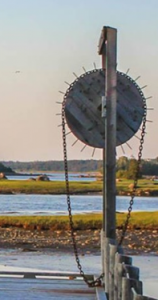 A region rich in Acadian history and culture, prior to 1755, present-day Argyle lay within Cap-Sable (Cape Sable) along the southwestern coast of the province. The first New England Planters arrived within three years of Governor Charles Lawrence’s Proclamation in 1758 inviting English-speaking settlers into the colony, with promises that townships would be formed and named when the population of each amounted to 50 families. By June 1762, when the first census of Nova Scotia was taken, there were two small Planter settlements in what is now Argyle, at Abuptic (present-day Argyle) and Pubnico, totaling 22 households. Argyle Township was officially incorporated by the provincial legislature in 1771; supposedly by that time it had reached the required 50 families.

Community Development Officer, Charlene LeBlanc, is a champion of today’s thriving Municipality of Argyle and not just because it’s in her job description. Like every one of its 8,000 residents and countless tourists, she is smitten with the history, the culture, and the downright magical atmosphere of this friendly, hard-working community on the sea. “I’ve only worked for the municipality for three years,” says LeBlanc, “but I’ve lived here all my life. Argyle is 73 kilometers long from end to end and much of it is on the water – like a hand with fingers jutting into the sea. So, it’s a lot of travelling, but we’re not really far from each other. More than 60 percent of us are bilingual (English/French) and we have a lot here to highlight!”

Among projects Argyle is currently working on are alternate and affordable housing for seniors, and a new directional signage project for which they’re now accepting applications. To attract new business, the town is promoting its business park and sales of sites on the property are going well. The latest venture is a micro-brewery that opened two months ago and is the first producer of craft beer in the municipality.

One of the most pronounced developments is in aquaculture. LeBlanc notes, “We presently have an aquaculture farm for oysters. It’s a privately-owned business, but we are considering setting up farms for ourselves and running one, or selling some, or leasing some. We definitely have a lot of potential in the water. And, we’d like to build a business park on the sea. We received money from the province to make an online website with maps and information about nutrients and water quality, so investors can easily apply for leases for aquaculture. We’re halfway through that funding – we’ve been testing the waters and have sites chosen already.”

Fishing (primarily lobster) has been the main economic driver for three-and-a-half generations. And with that comes a plethora of spin-off businesses that add to the municipal coffers and employment – boat building shops; fish processing (lobsters and ground fish and oysters, oh my!), fishing gear, assorted and sundry fishing products, repairs, and fish exports. Argyle and Yarmouth is the only region with sea cucumbers in Atlantic Canada. Trucking and transportation is big business – as the locals say, “When fishing goes good, everything goes good.”

Through a large social media presence, which was 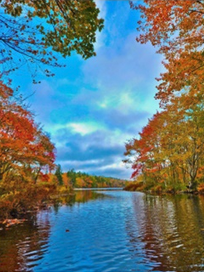 nowhere to be found two years ago, Argyle is actively trying to get the word out about who they are and what they’re doing. The social marketing and a rare Dark Sky certification is making a huge difference in tourism rates. Visitors come for the delicious culinary seafood delights and stay to experience the Starlight Destination and a taste of rich Acadian history.

LeBlanc reports, “We have a lot of tourism opportunities, including the darkest skies and a privately-owned observatory. Our storied region constitutes the first certified UNESCO-Starlight Tourist Destination in North America. It’s a combination of scientific exploration and tourism. We have a Dark Sky Preserve and we have a team working to keep it dark – meaning no light pollution. Tourism operators and others are creating different experiences like walks to see the skies. We also have a Starlight Festival.”

Culinary expertise is abundant in the Argyle region. With all those extraordinarily fresh offerings from the sea, is it any wonder? Out of the Ten Best Places to Eat in Nova Scotia, three are in the Municipality of Argyle. LeBlanc adds, “We have a big history with a world-famous Tuna Tournament that started in 1937 and attracted celebrities like Babe Ruth, Amelia Earhart, and Ernest Hemingway. The tuna stayed until the 1970s, and then dwindled, but since then it’s come back, and we’ve had the Tuna Tournament, once again, for the last five years.”

Municipality of Argyle Clerk, Chris Frotten, speaks to the area’s environmental and sustainable initiatives. “Renewable energy is here, in terms of tidal, wind, and solar power. We had the first wind farm in Nova Scotia – 17 turbines that have been running for almost 20 years now. The operation is owned by private interests but power is sold back to the grid. Argyle does have a green energy partnership with our two neighboring municipality units. We have two turbines from which we sell power to the grid as a revenue source for the municipality. And the group we’re part of is looking at solar power now, because that’s the next program the province is coming out with.”

So, what makes Argyle “The Place People Are Proud to Call Home”? Here are just a few reasons:

Tusket Island and Seal Island are havens for historical lore and descendants of the original Acadian families. These are the oldest regions inhabited by the French Acadians, where tall (but true) tales like this one abound: Back in the day, the island of Outer Bald was formally declared as the Principality of Outer Baldonia, and legally recognized by the province of Nova Scotia as a principality, with its own bylaws and even had its own currency. Believe it.

Newcomers to Argyle say it has the best pace of living and ocean views. Long-timers tell you it’s the only place tourists can get welcomed into the house for a cup of tea. The construction industry is busier that it has been for some time. All the people are volunteers. When something needs to get done, they get together and it gets done. Municipal initiatives are focusing on engaging entrepreneurs and people who want to have their own business. There is freedom to do things – green spaces, recreation, and that elusive taste of home that’s missing in large cities.

Check out this handpicked feature on Dundee Resort & Golf Club.

WHO: Municipality of Argyle, Nova Scotia

WHAT: A heritage-proud district municipality; population 8,000

Join us to celebrate a “window on the universe” unique in Canada and the United States. The clear and dark skies of southwestern Nova Scotia, Canada allow for jaw-dropping views of the night-time sky and Milky Way!

The 6th Annual Starlight Festival in the Acadian Skies and Mi’kmaq Lands Region will offer events throughout Argyle, Clare, and Yarmouth Municipalities, from September 1st to 22rd, 2018!

More information is available at:

Seeing is believing. Experience the Municipality of Argyle’s endearing community spirit and down-home reality through this collection of short promo videos that truly pluck at the heart strings. 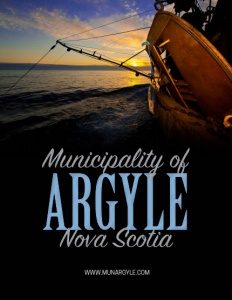