Business View Magazine interviews representatives from Lakewood, WA, as part of our focus on best practices of American cities.

The city of Lakewood, Washington seems to have it all – beautiful lakes and parks; attractive old neighborhoods; yet close access to a number of urban amenities. “You can live and work in Lakewood and not have to go anywhere else and be completely satisfied,” says City Manager, John Caulfield. The second-largest city in Pierce County, Lakewood is strategically located along the Interstate 5 corridor just a short drive from Tacoma, Seattle, and Olympia. “Our geographic location is our best asset,” adds Mayor Don Anderson. “We’re near major transportation hubs, yet we can get to the mountains or the ocean, or major events in urban areas, very easily.” 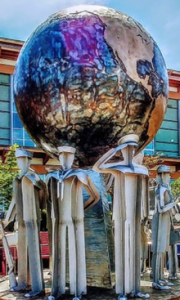 Lakewood, Washington’s history dates back to 1833, when the Hudson Bay Company first came out to the farthest regions of the continent and set up shop. Prior to that, the area was home to the Payallup and Nisqually tribes, among other Native Americans. In 1850, the first grist mill was set up by Andrew Byrd, followed by the first saw mill in 1852, and the first flour mill in 1855, in the area now know as the Chambers Creek Estuary at the north end of Lake Steilacoom. Immigrants began to arrive in covered wagons over Naches Pass in 1853, after Washington became a Territory.

Lakewood, Washington became an incorporated city in 1996. “The purpose was fourfold,” says Caulfield. “As a community, Lakewood had evolved from a somewhat rural environment to a suburban/urban one. The sheriff’s department is not set up to provide public safety services at that level. So, in forming our own city, we were able to increase our level of public service, and we ultimately formed our own police department.”

“Another item was dealing with land use,” Caulfield continues. “There was a lot of sprawl, so we were able to get that under control and focus on developing a comprehensive planning and zoning code that was in the best interests of Lakewood, as a whole. The third area was to deal with our infrastructure needs, particularly in the area of parks. We had a lot of property that was classified as parks, but they weren’t really parks. Today, we have 14 beautiful parks, ranging from small, neighborhood parks to the regional jewel of Pierce County – Fort Steilacoom Park, which is 340 acres. The fourth area was to keep the taxes that were generated in this community, local, for local services. And, if you go back to where we were 22 years ago, we have delivered on those promises of incorporation and we continue to move forward.”

Lakewood, Washington’s current population is about 60,000. Its largest employer is the Joint Base Lewis-McChord (JBLM), a U.S. military installation that is an amalgamation of the United States Army’s Fort Lewis and the United States Air Force’s McChord Air Force Base. The city also hosts some 3,500 other businesses, some of which are housed at the 117-acre, Lakewood Industrial Park, the fourth-largest private, for-profit employer in Pierce County and third-largest industrial business park in Washington State.

In addition, one of the city’s ongoing key initiatives is the creation of the Woodbrook Business Park in an area adjacent to the JBLM. “A number of years ago, City Council zoned that for light industrial and manufacturing,” Caulfield explains. “Our first project is coming out of the ground, now, and will be completed later this year. Once that acreage is fully developed – and it could take upwards of ten years for that to occur – the economic impact, both directly and indirectly to our region will be 3,500 jobs, with a dollar impact approaching a billion dollars. That is something that our community is very, very proud of taking the lead on.”

“Lakewood’s approach to the Woodbrook project is a little different than some other communities,” Anderson adds. “Not only did we change the zoning, recognizing the need for a light industrial property, we have successfully advocated for Interstate 5 project improvements to the tune of about a half billion dollars that will redevelop the intersection that feeds that area. Instead of having impact fees, we actually went forward with our own project to extend sewers so that the infrastructure is ready and, in trying to solve another issue with respect to the encroachment of the Joint Base’s runway, we’re attempting to facilitate a land swap with the base that might add a hundred more acres to that area. There’s a shortage of light industrial lands in Pierce and King Counties, and we think this is a real opportunity to get people off the commute and work in our local community.”

“Another economic initiative that we’re working on is a property up on Pacific Highway South that is adjacent to I-5,” Caulfield notes. “It’s located where Interstate 5 and State Road 5 come together – about a 25-30 acre site. Right now, it’s very underutilized and part of the site is occupied by the State Department of Transportation’s regional maintenance facility. So, the city has done some marketing studies, as well as some physical analysis, on whether or not that area would be ripe for redevelopment. The short answer is ‘Yes, it is.’ There’s a lot of infill that’s occurring around that area, but the one caveat that’s holding back this area from redeveloping is the maintenance facility. So, we have been working with the state to find another location for WashDOT to move to. And the good news is that they have agreed to partner with the city to do that. So, that work is currently underway. In the next six to twelve months, we hope to be able to reach out to the other property owners and begin to market that area for redevelopment. Based on our studies, and given that it’s an area where two major highways come together, what we envision is some retail development, maybe some big boxes, but also an opportunity for business services, personnel services, maybe some housing, and perhaps commercial office. So, we view this as a huge boon to our community as we look out five or ten years.” 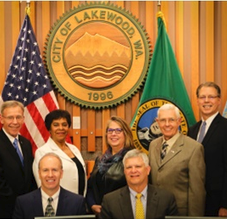 Becky Newton, elaborates upon some of the incentives that the city is ready to offer new or relocating businesses. “The City of Lakewood does not have development impact fees,” she begins. “So that’s significant for a number of different businesses. In addition, we don’t add any requirements from what the state requires for minimum wage. We are located in the Port of Tacoma Foreign Trade Zone, so that offers businesses that are doing importing and exporting, relief from those duty taxes. We also have a number of areas that qualify for New Markets Tax Credits. We also have targeted employment areas, where investors can come in and invest into projects in exchange for citizenship in the United States. We have areas, as well, which are attractive to government contractors and we also have, on the residential side, areas within Lakewood that offer multi-family tax exemptions, which is relief from property taxes for eight or twelve years, depending upon the makeup of the project.”

“The one indirect incentive we can add monetarily is that we don’t have the local component of a B&O tax in Lakewood, which is essentially a gross receipts tax on businesses levied in the state on an optional basis on a local level,” says Anderson. “So, we have that advantage.”

Finally, Lakewood, Washington offers what Newton calls “wrap-around services” for businesses. “We take a client from the beginning to the end and provide whatever services they might need,” she states. “We work across departments to ensure that projects and clients are well-served with a high level of customer service. We’re very welcoming and well-versed in what it takes to keep our businesses happy.”

Lakewood, Washington doesn’t have a true downtown, but the city is currently going through a subarea planning procedure for its central business district, an area that covers approximately 300 acres. Plans include Complete Streets for enhanced pedestrian walkability, a park, multi-modal transportation, and increased housing density with options for both Millennials and seniors. “The subarea plan is not just focused on creating a vision of what we we’d like to see in that area, but the city will also be paying for all of the environmental review associated with future development in the downtown,” Caulfield reports, “so that when property owners and builders and investors and businesses come in, because of the subarea plan and all the work that the city will have completed, essentially all they’re going to have to do is pull a building permit. That’s one of the huge benefits of doing a subarea plan.”

Anderson talks about another one of Lakewood’s noteworthy infrastructure projects: “We have rather significant bodies of water throughout the city, and we have a couple of major streams that run through town. So, the quality of those waters is always something you need to look out for. One thing we’ve done is replaced hundreds of catchment basins with more modern, baffled storm drains to make sure that the pollutants off the roadways don’t reach those waters. So, people see a street project taking place –the new curbs, the new top dressing of asphalt, but what they don’t see is the hundreds of thousands of dollars in replaced storm drains to maintain water quality.”

Lastly, although Lakewood is essentially built out in regard to housing, Newton maintains that it is still a very affordable community with homes that are priced significantly lower than those in its larger, neighboring cities. “There are still pockets of opportunities to develop and we’ve seen a number of small subdivisions come down the road that are either underway or about to get underway and what’s really impressive is the price point of that housing,” says Caulfield.

“But we’re not looking to compete with anybody,” asserts Anderson. “We’re trying to complement what’s going on here in the region – not just from an economic development standpoint, but in terms of housing and jobs and transportation and things along those lines. You can live in Lakewood, have a short commute, and have a better lifestyle, and we’re attempting to ensure that for all elements of our citizenry.”

Check out this handpicked feature on The Town of Caledon, Ontario – A true ‘community of communities’.

WHERE: Western Washington, about seven miles southwest of Tacoma 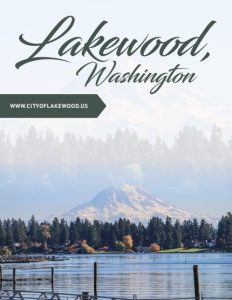