Business View Magazine interviews Bennett Sandlin, ED of the Texas Municipal League, as part of our focus on best practices of American cities.

In the summer of 1913, Austin Mayor A.P. Wooldridge issued a call to the cities of Texas to come to Austin to consider the creation of an association to allow officials to confer on municipal issues. Thirteen cities answered his call. At that first annual convention of the League of Texas Municipalities, Mayor Wooldridge said, “I know this: that you all need the League as badly as I need it. I am right here at the capital, and yet I need to touch elbows with my neighbors all over the state, and your lot and condition is no better than mine.” At that meeting, representatives approved a modest annual membership fee for member cities to fund the League, and adopted a constitution to govern the association.

The idea of a municipal league caught on, and during the next 35 years, the League grew rapidly. In the early years, the League’s services were few: publishing a magazine, conducting an annual conference, and responding to miscellaneous requests for assistance. After World War II, Texas evolved into an urban state, and the needs of Texas cities grew. As a result of this evolution, the League prepared to expand its services and staff. The 1958 annual conference produced a new name and a new constitution and organization with a strong legislative program. The name of the association was changed from the League of Texas Municipalities to the Texas Municipal League. The new constitution set up a departmental and regional form of representation on the Texas Municipal League (TML) Board by establishing departments of affiliated members and sub-state regions.

The convention of 1958 was a pivotal event for the Texas Municipal League. The organization, which had survived on a minimal staff, was about to undergo a great growth process. Staffing was increased, dues were raised, and the new TML took on a programmatic approach to service. During the 1970s, TML member cities called upon the League to assist in the formation of insurance pools specifically designed to meet municipal needs. In 1974, the TML Workers’ Compensation Joint Insurance Fund was established. A statewide group life and health insurance program was established in 1979, and in 1982, a liability and property insurance fund was established, today known as risk pools.

Today, 1,160 Texas cities are members of the Texas Municipal League. The League exists solely to provide services to Texas cities, to serve their needs and advocate their interests and those of city officials. Indeed, the TML Constitution states that the purpose of the League is “to render services which individual cities have neither time, money, nor strength to do alone.” In practice, that mission translates into the following services: 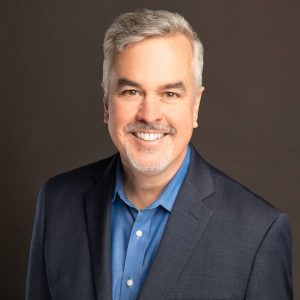 According to Bennett Sandlin, Executive Director of the TML, “The League’s founders felt that Texas cities needed a common voice at the Texas capital. Then as now, the League’s central focus is providing services to cities that they can’t provide for themselves. That typically involves putting on conferences and training, teaching council members and mayors how to be better city officials, and legal advice for a number of our cities that can’t afford city attorneys. Probably most important to most of our members is advocating for them at the state and federal capitals; to speak with a common voice for issues of cities’ concerns. We’ve been doing that since we were formed in 1913.”

Membership is formidable, with 1,160 members out of about 1,214 Texas cities. “A number of the cities that aren’t members are no longer active cities, so nearly all Texas cities, certainly all the larger cities of note, are members,” says Sandlin. “The city of Houston is our largest member, all the way down to cities with populations of 50 or so. Every city is eligible to join and most do. Cities that drop out, occasionally, are typically the very smaller cities that literally can’t afford the $580 member service fees we charge our smaller cities. It’s very seldom, and not on my watch of eight years as Executive Director do I recall anybody dropping out for philosophical reasons. Typically, those cities are just not active anymore or who don’t have the budget for it; they just ran out of money. It’s almost always for dire financial reasons. Then, if they get back on their feet in a couple of years, they’ll always rejoin. I don’t remember anybody dropping out because they don’t see the value anymore. It’s usually a concrete financial decision.”

For the smaller cities, one of the most driving factors is the League’s staff of six attorneys that are there, every day, to answer legal questions – essentially access to unlimited legal advice for free once they pay the membership fee. “That is almost invaluable to a small city of 200 people or even 1,000 people, which is not nearly big enough to have an on-staff city attorney,” Sandlin notes. “That, alone, makes it almost a given that you’d want to be a member of the League.”

The League has a monthly print magazine, “Texas Town and City,” and a weekly email newsletter called “The TML Exchange” that has all the up-to-date info, including legislative updates and schedule of conferences and trainings. The League’s biggest event is its annual conference/convention every October; the 2018 conference in Fort Worth was the second-largest attended conference held, with 2,700 paid city delegates, mostly elected and appointed officials. There’s a smaller conference or 300-400, the Elected Officials Conference, held typically every February or early March. There are dozens of other stand alone trainings, such as for economic development, a public funds investment training conference, annexation conferences, small city problem-solving clinics, and many other topic-specific conferences throughout the year.

“Every state except Hawaii has a Municipal League,” adds Sandlin. “We all do very similar work. Texas is one of the largest, as we’ve got one of the highest number of cities. We communicate extensively. I’m on a listserv with my counterparts in other leagues and we communicate because a lot of the issues we face are common around the country, so we share information. I go to a national conference with some of my colleagues through the National League of Cities, which was formed by all the state leagues, so we have kind of an umbrella organization that keeps us closely aligned.”

According to Sandlin, the number one issue is artificial caps on cities’ ability to raise revenues or make expenditures, or what are called revenue or expenditure caps: “Our governor is pushing for a 2.5 percent cap on property tax increases, which is the number one revenue source for Texas cities. We’ve been struggling against that for over 15 years. But that is just one of issues. We have over a hundred positions in our legislative program that we adopt. Because so many things affect cities, we have to track hundreds and hundreds of bills each session. But the artificial revenue caps would be issue number one.”

“We do real brick-and-mortar things,” Sandlin continues. “Over 6,500 bills get filed in a typical five-month Texas legislative session. No city, not even the largest, has time to read all those bills. We have over three people that read each bill and we, essentially, mine what’s going on in those bills and at the capital, then we communicate that information to our cities. That alone is a legislative service that no city alone can provide. You could call us a lobby association, but we don’t make campaign contributions, we don’t wine and dine legislators. We just collect the data and what’s in the bills, and communicate that back to our member cities. They do the hard work of lobbying. They are the grass roots. We just tell them what the legislature is up to. We’re located here in Austin, the capital, but they’re busy at home doing the things cities do, and don’t have time to engage in a process until we tell them what’s in the legislation.

“We are 100 percent non-partisan. We don’t give campaign contributions. We don’t favor one party over the other. There is no party that’s universally good to Texas cities. Some really good things happen for cities under both parties, but bad things can happen under either party. Parties sometimes break on different issues that are better or worse for us by party, but just as soon as we solve one of those issues the other party will do something not so good. So we don’t have one party that we say is friendly to cities. We try to cultivate good relationships with all parties.

“Right now, more so than probably any point in our 105 year history, we have more things in common with the business community and the business lobby in Texas than ever before. The legislature is kind of moving off into extremes on both sides in a way that makes the business community feel like they’re not really as in touch or not really in charge of the things in Texas anymore. In the last year we’ve had close relations — cities have and our League has — with commerce chambers and chamber umbrella organizations and other lobby groups, because it was just good old-fashioned infrastructure and economic development that built Texas and made it an economic juggernaut. But the legislature’s tending to move away from that with these caps and restrictions on economic development and other things. So, we just formed more of an alliance, more of a common purpose, with old-fashioned business lobby groups than ever before. That’s a good thing for us because we didn’t always see eye-to-eye with them. We don’t always see eye-to-eye on certain city regulations. But for the most part, we’re pretty much aligned around sensible economic development tools that are just not as attractive as they used to be to some legislators, and it’s a growing trend, I think.”

WHAT: An association representing the cities of Texas