The City of Maumelle is one of the youngest communities in Arkansas, literally growing up in the shadow of nearby Little Rock, North Little Rock, and Conway. Among its many attributes, the city offers unique opportunities for both business and pleasure. Maumelle began as a HUD New Town; a planned community from day one. It had its roots in an ordinance plan in World War II – after the war, the land was sold to a company that salvaged all the buildings, then it was sold again, and eventually developed by Jess Odom as Maumelle New Town in the 1960s and ‘70s. The first actual town was built in 1973. Today, poised to thrive from its location on the scenic Arkansas River, the City of Maumelle is a vibrant, refreshingly different place to call home.

Business View Magazine spoke with Maumelle Mayor, Caleb Norris; Chief of Staff,; and Director of Community & Economic Development, Judy Keller about this youthful city’s recent notable achievements, works in progress, and exciting plans for the future. The following is an edited transcript of the conversation. 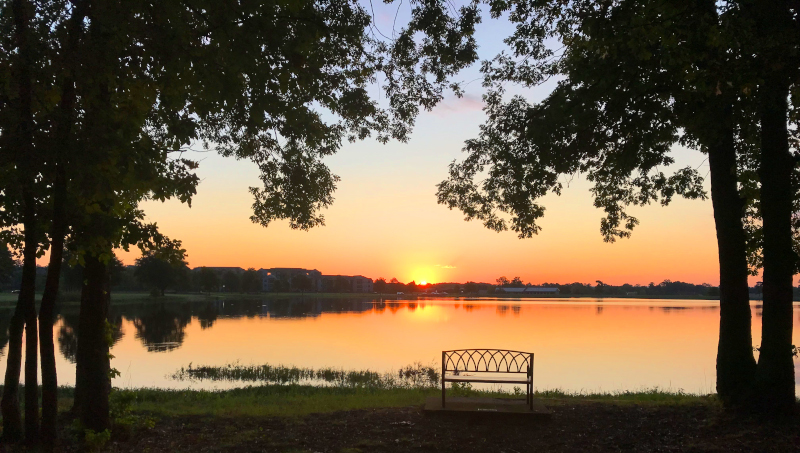 BVM: Can you give us an overview of Maumelle from an economic development perspective?

Norris: “We’re a city with a small town feel, a suburb just outside of Little Rock in Pulaski County. It’s been an exciting year. The city has worked on an extra interchange to I-40 for what seems like decades, and that was finally completed in November 2019. It opened up parts of town for commercial development that had been not very marketable, simply because there wasn’t a road with interchange access. So, we’re getting a lot of attention from businesses and industries that want to be centrally located in the state.

“Maumelle began as a planned community and some of those themes have played out to make it a really good place to do business and live. We even have some light industrial and distribution areas in our existing industrial park, as well as some land zoned industrial out at the new interchange. But primarily we’re looking at it from a commercial perspective in that area. It’s a prime location just outside of Little Rock with a college community a few miles up the road. However, on the other side of town that I call north Maumelle, there is an old area that’s right off I-40, where we have a planning initiative designed for revitalizing the site with commercial to engage a lot of the stakeholders.”

Grummer: “The City of Maumelle has two areas that border the interstate. Given that the new interchange is all greenfield open for new commercial, there’s a lot of residential starting to build out along there. It’s only been open a few months but we’re already seeing traffic the counts exceeding 6,000 per day. But the north Maumelle interchange is an existing commercial area that has for a long time been an interstate stop. Now, we’re looking at revitalization of that area to turn it into what the business owners and residents want to see –more restaurants and commercial destinations.

“That area is about 15 minutes from Conway to the north, which has a population of about 60,000, as well as three colleges. And the new interchange is within 15 minutes of downtown Little Rock. So, the population served within a 30 mile radius is about 300,000 and we’re finding that Maumelle is starting to generate interest and activity with commercial, and corporate, and industrial sites such as distribution. Dillard’s Distribution have their only online fulfillment center located here. They ship all over the world from this one automated center. And we’re seeing more activity within that industrial park, mainly because of our location.”

BVM: What are the main economic drivers?

Norris: “A large portion of our population commutes to work, primarily in Little Rock. So there’s a certain element of Maumelle that has a bedroom community feel with very little Class A office space. The industry we have here tends to be light industrial – some very light manufacturing. We find our central location serves us well for distribution centers or internet fulfillment centers.”

Keller: “ACE Hardware has a regional support center that’s been here 25+ years. Kimberly-Clark located here 30 years ago to make Huggies baby wipes. They currently have an expansion of 68,000 sq. ft. underway. When they started here three decades ago they had 38,000 sq. ft. and when they finish this expansion they’ll have 500,000. Business expansion and retention is one of our primary objectives.”

Grummer: “We are one of the highest income per capita cities in the state; even though our population is close to 18,000, our work force that we pull from is higher. Our median disposable income is $64,441, which is higher than any other city in the area. The median household income is $82,106; our per capita income is $41,659. And the average value of a home is $220,000. These are all based on recent demographics.”

BVM: Does the city have a designated downtown?

Norris: “Being a planned city, we don’t have an old-style downtown, we weren’t around back when there were traditional main streets. So, one of the initiatives we’re focusing on is creating that core. We have some great places in mind, a very short walking distance from one of our lakes within the city limits. That’s what we’re fantasizing about and in the early stages of planning. We’re really hoping to find some investors that have the right vision, who are looking for a city that’s eager to work with them on those sort of developments.”

Grummer: “Brewery and restaurant establishments have been proposed for north Maumelle, and in the town center area of Maumelle, right adjacent to Lake Willastein. Within walking distance to that commercial area, there is a 19-acre tract of land that is open and ready for development. We’re talking to the landowners there to come up with concepts that would serve the City of Maumelle, similar to a downtown-style, with possible mixed-use and commercial – all those are under discussion.” 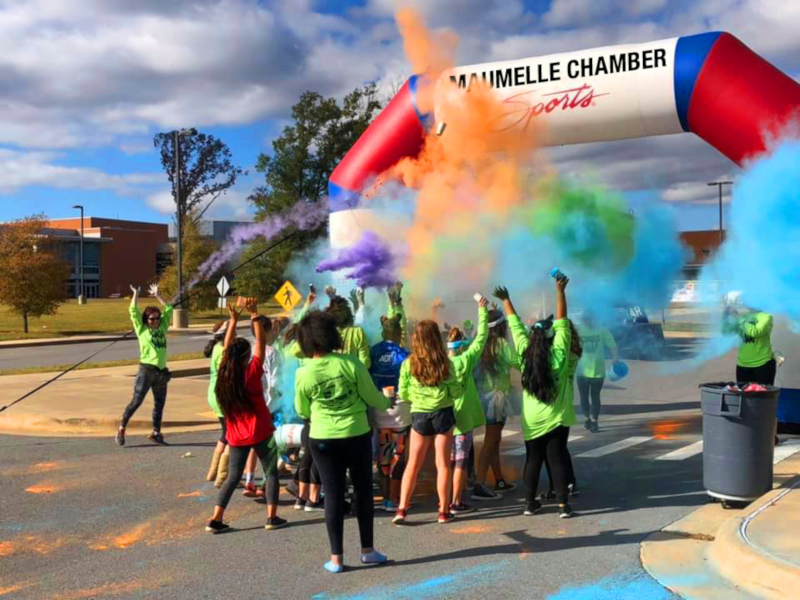 Norris: “The biggest thing we have going on deals with the White Oak Bayou. Maumelle has been a leader in the state with our preservation of the wetlands – the whole basin is protected. We’re continuing to work on a wetland viewing and information station that’s tucked away right in the middle of town, where you can go out and enjoy the natural beauty. Our goal is a complete walking trail and boardwalk system with an interpretive center. Of course, we take our stormwater runoff that goes directly into the Bayou very seriously.”

Grummer: “There are 400 acres of wetland within Maumelle. A wetland functions as a drainage utility for a city; a place for all the stormwater to drain into. It also retains water to prevent flooding. Last year we saw record flooding along the Arkansas River valley but Maumelle did not have one flooded home. A big reason is because of the preservation we’ve done along our wetlands. It plays a dual role of utility plus being an aesthetically pleasing destination for birdwatching, kayaking, trail walking, and viewing. There are beautiful cypress trees and all kinds of wildlife… it’s one of the things we promote recreationally. We’re not like an urban city, most of our drainage areas are open to allow water, so it actually creates a greening effect. There are a lot of wooded areas and green infrastructure and we only have power lines in the industrial park. Those in the commercial and residential areas are underground.”

BVM: What type of community activities does Maumelle offer residents?

Norris: “Actually, we have a very active community in all respects. From a recreation standpoint, we have two 18-hole golf courses, one private and one semi-private. And we also have over 30 miles of walking trails throughout the city. We have a vibrant and healthy lifestyle complex for seniors called Center on the Lake, complete with a café that is really busy for breakfast and lunch. There were over 20,400 volunteer hours last year in that seniors’ center. In fact, we have some of the bigger cities in the state coming to check it out. Membership is for ages 50 and up and there are currently 1700 paying members – almost 10 percent of our entire population. We also have a huge Community Center that is great for all ages, but especially popular with the younger demographic. It includes an indoor basketball gym, weight center, outdoor aquatic center and an indoor walking track.”

BVM: What are the best attributes of the City of Maumelle?

Keller: “Primarily, it’s our location. We’re close to Little Rock, to the airport, to the port, universities and community colleges, and a lot of amenities like the Robinson Center and the Clinton Library. We’re in the heart of it all.”

Grummer: “The design of the city – the streets and the infrastructure – sets Maumelle apart in the metro area. Our electric is underground so you don’t have power lines. Because of the master plan, it’s easy to get around the city, and access the interstate in five to ten minutes. The layout allows us to grow our commercial and corporate and bring people in. There is full fiber optic availability throughout most of the city and we have some small cell towers proceeding through the application and installation process.”

Norris: “Maumelle has a wealth of natural amenities, such as our White Oak Bayou, where you can see the protected wetlands. We also have a comprehensive trail system with walking paths that connect our residential areas, so you can travel on foot a lot of places. Overall, it is an amazing and safe community for people to do business, raise a family, retire to, and visit.”

What: City on the Arkansas River; population 18,214

Michael Baker International’s Little Rock office has been providing turnkey transportation, construction, and environmental services and solutions for Arkansas for more than a decade. Michael Baker International, celebrating 80 Years of Making a Difference, is a leading provider of engineering and consulting services, including design, planning, architectural, environmental, construction and program management. To learn more, visit mbakerintl.com.