Business View Magazine interviews representatives from Pelham, Ontario, as part of our focus on best practices of Canadian towns and cities.

Pelham, Ontario, a town of approximately 17,000, is nestled between Lake Erie and Lake Ontario in the heart of the province’s Niagara Region. Part of Welland County since the late 1780’s, the Town of Pelham was established in 1970 and is comprised of five unique and historic villages: Effingham, Fenwick, Fonthill, North Pelham, and Ridgeville. Ideally located between the Greater Toronto Area (GTA) and the U.S. border, it is said that, on a clear day, it is possible to see Toronto, Hamilton, and western New York state from the top of Fonthill Kame Delta hill, the highest point of land in the region.

Among the attractions in this picturesque, rural bedroom community is the 1,200-acre Short Hills Provincial Park located along the town’s northern border, and the Comfort Maple Tree, named after the Comfort family on whose land the tree is located, and at 500 years old, estimated to be Canada’s oldest surviving sugar maple. Tourists and residents alike take advantage of Pelham, Ontario’s many hills, or kames, formed by retreating glaciers at the end of the last ice age, some 13,000 years ago, for biking and hiking, as well as the fresh fruits and vegetables grown in surrounding orchards and farms. Agriculture is the town’s biggest employer and over the last few years, several large cannabis operations have come to Pelham, as well, employing several hundred people. 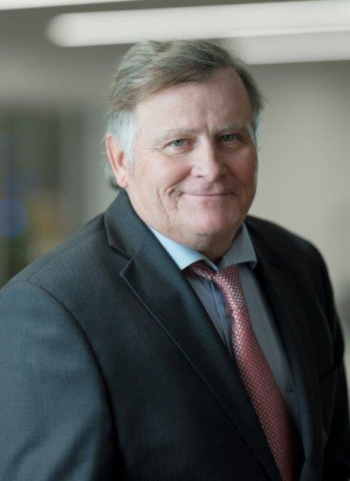 “We’re experiencing growth naturally, but we’re also getting a lot of retirees from Toronto on the other side of the lake,” says Mayor Marvin Junkin. “They’re selling their properties at Toronto prices and when they come down to Pelham, the replacement cost is probably about half of what they sold their house in Toronto for. So, we’re seeing a lot of retired professionals move into the town.”

Junkin, a first-time mayor, came into office this past election cycle, accompanied by a completely new town council. “The residents in Pelham, Ontario definitely wanted change,” he states. “Perhaps a more transparent local government that was more fiscally responsible and more communicative, going forward.” One of the administration’s first chores was to better manage the expenses of the town’s recently-built, $36 million, state-of-the-art, community center.

“The new council has the task to run this building as efficiently as possible and we have taken that on,” Junkin avers. “All its operations have been looked at and we have made great strides in getting the expenses down. And now that it is up and running, more and more members of the community are realizing just what a benefit it is going to be to the community, going forward. That being said, it was still quite a chunk to bite off for the community and, because of that, certain parts of our infrastructure in other parts of town suffered somewhat, such as roads and drainage issues. Again, it’s a challenge that the new council and town staff are meeting, head-on. In fact, the staff has put forward some great grant proposals and we have just learned that we have been nominated by the Province of Ontario for a grant that we applied for three months ago.”

The grant to which Junkin refers is the Investing in Canada Infrastructure Program – Rural and Northern Stream, part of a $30 billion, 10-year infrastructure program, cost-shared among federal, provincial, and municipal governments. Pelham, Ontario is looking for $1.6 million from the province and $2.4 million from the federal government for the express purpose of funding what Director of Public Works, Jason Marr, calls the Pelham Street Reconstruction project.

“Our roads capital budget usually averages somewhere around $3.5 million, with an overall capital budget for infrastructure between $5 and $6 million,” Marr explains. “A lot of that is made up of annual programs that we need to keep up our infrastructure, such as road resurfacing contracts. So, we’re very limited to the amount of capital expenditure that we put out in any given year, and we rely on grants to get the work done. We operate on a 20-year capital forecast, and when you’re working with a $5.5 million capital budget, annually, and you take into account all your annual programs out of that, you’re left with very little money to go ahead and invest heavily in your infrastructure, so this particular grant opportunity is to take care of a huge need in the town of Pelham.” 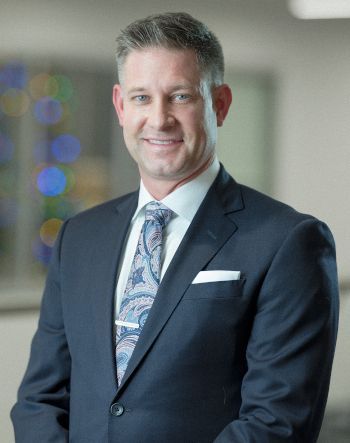 Pelham Street is approximately 2.5 kilometers in length and is one of the major north/south arteries between the town and the neighboring municipality of Welland. “This section of roadway has a semi-urban cross-section, which means the majority of it doesn’t have curb and gutter,” Marr reports. “It has deep ditches and, currently, there is no safe pedestrian access in the southern part. Several years ago, as a result of a fatality, the town did install a concrete sidewalk on one section of the road, closer to the downtown area, however, there remains a large portion of the street that is heavily travelled by vehicles and pedestrians and cyclists that isn’t safe and, in no way, promotes active transportation. So, we feel that this is a major need in the town. There are, as well, several deficiencies with this roadway; there’s very poor drainage, so we have severe flooding, and there’s infrastructure upgrades with respect to our water mains that we need to address, as well.”

“So, this project is very important for several reasons,” Marr continues. “It urbanizes a main arterial road to provide efficient traffic movement, as well as safe pedestrian movement, making it usable by all types of transportation, including cyclists. We’ll be installing new underground infrastructure, as well. With our limited capital budget, it would be very hard for the town to undertake work of this magnitude. If we’re successful in receiving the funds through the grant, we will be adjusting our 20-year forecast to include this project. It will be phased in, in three projects that run in consecutive years, so in the next three to five years, we would have this project complete. The project is shovel-ready, the design has been completed, and we’re hoping that this grant will allow the town to go ahead and reconstruct this section of road.”

Another recent grant that the Town of Pelham, Ontario has received has allowed it to bring onboard a full-time climate change coordinator. Funding for the climate change coordinator was provided through the Municipalities for Climate Innovation Program (MCIP), delivered by the Federation of Canadian Municipalities (FCM), and funded by the Government of Canada.  Marr explains, “The responsibilities of that position is to look at the effects of climate change in the town, and develop an adaption plan so that we’re prepared as a community to face any challenges that may come. We partnered with Brock University’s research department for developing, not only an adaption plan for the Town of Pelham, but also looking at how climate change will affect the Niagara region as a whole. We’re also working closely with other municipalities in the region who were successful in obtaining that grant, to come up with some studies and baselines as to how climate change may affect us and how we move forward and adapt to it.”

Pelham has also received a grant to expand the town’s transit service. “Since 2013, we’ve been running a transit service which includes one bus and one route,” says Marr. “The population that we have here is an older population and so, they rely a lot on the town supplying transportation to get them around. The grant will allow us, starting in September, to put a second bus on and expand our transit service. Not only that, we’re also working closely with the Municipality of Niagara, as well as other municipalities to tie our transit systems together so that we can provide access for seniors and students to connect them to the entire Niagara region.” 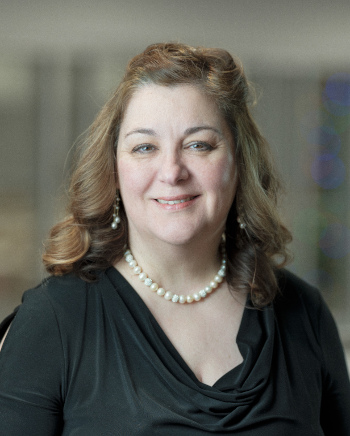 “The grant is worth $500,000 – $100,000 for five years,” adds Teresa Quinlin, Treasurer and Director of Corporate Services. “The good thing is that now that the GO Train has come to Niagara, our transit system connects with the regional system that connects with the GO Train. So, it’s very significant for the town. All these grants are absolutely critical to drive the infrastructure and other needs that we have.”

When it comes to touting the advantages of Pelham, Ontario Junkin states, “We are located in the center of the Niagara region; we’re 20 minutes from Niagara Falls; 20 minutes from Lake Erie or Lake Ontario where you can enjoy water sports and the beaches. We’re really in a very unique position in the Niagara peninsula.” Quinlin adds the final encomium: “The town punches above its weight as far as delivering programs and services. People love living here.”

WHERE: Between Lake Erie and Lake Ontario in the heart of the Niagara Region