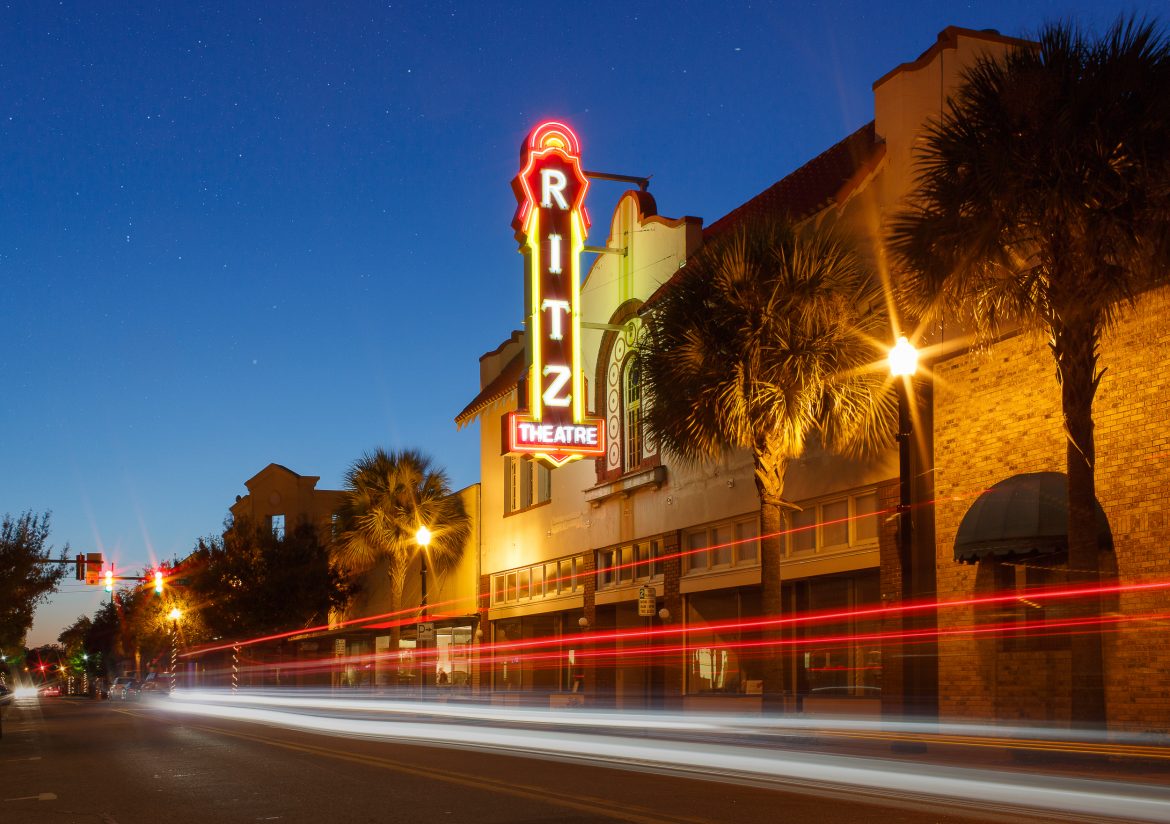 Business View Magazine interviews representatives of Winter Haven Florida, as part of our focus on best places to do business in America.

Winter Haven, Florida, a city of approximately 40,000 in Polk County, was incorporated in 1911. It is located in the midst of Central Florida’s famous Chain of Lakes, a series of 24 lakes that lie at the headwaters of the Peace River basin. In the 1920s and ‘30s, the citrus industry expanded throughout the area, and thousands of acres of orange groves grew alongside many of their banks. Canals were built during that era, connecting the lakes to one another, in order to help move citrus from the outlying farms to the rail lines that ran through the middle of town.

In 1930, George Jenkins opened the first Publix “Food Store” in Winter Haven, and today, Publix Supermarkets, headquartered in nearby Lakeland, is one of the largest U.S. regional grocery chains in the U.S. with over 1,100 locations in seven states. During the 1930s and 1940s, citrus magnate, John A. Snively operated one of the largest fruit packing plants in the world in Winter Haven, and in 1936, America’s first theme park, Cypress Gardens, was created by Dick and Julie Pope. It ran for 73 years.

Today, Winter Haven finds itself in center of what is known as the “Florida Super Region,” an area that encompasses 15 counties and 7.2 million residents, generating $300 billion per year in economic activity – making it the 9th largest economy in the United States.

Katie Worthington, the President of the Greater Winter Haven Chamber of Commerce, is working hard to make sure that, going forward, the “Chain of Lakes City” continues to be the main economic engine of the Florida Super Region. And she believes that goal will best be accomplished by teamwork. “The thing that Winter Haven prides itself on the most is the collaboration between the different entities working on Winter Haven’s future,” she says. “We have a very intentional partnership among the Economic Development Council, the Chamber, Main Street Winter Haven, which is focused on the downtown core, the city government, and private sector businesses.”

Worthington explains that, over the last several years, those entities have collaborated on a vision for the community that rests upon four “pillars.” The first pillar is maintaining what she calls the “lakeside lifestyle.” Winter Haven’s many lakefronts are home to many beautiful and historical single-family homes, many of which were built in its citrus heyday. Thus, the lakeside lifestyle is a perennial draw for new residents; especially as the city has, of late, been paying particular attention to water conservation and the quality of its lakes. “As a community, we’ve been funding research around the lakes’ water quality and long-term development opportunities,” says Bruce Lyon, President of the aforementioned Winter Haven Economic Development Council. “We’re probably one of the most progressive communities in the state when it comes to thinking about water.”

Tourism has been an important industry in Winter Haven for decades, so a second pillar, according to Worthington, is continued growth of the city’s tourism industry. A year after Cypress Garden closed, LEGOLAND Florida Resort was built on the same site. Over the last five years, the new theme park has employed 1,600 people and added $1 billion to the local economy. Two hotel properties are scheduled to open within the next two years, and a $25 million field house for sports tourism will come online in January, 2019, housing the Lakeland Magic, a developmental NBA team, as well as more youth sports and tournaments.

A third pillar concerns the revitalization of downtown. “Over the course of the last five years, there’s been over $150 million invested downtown,” Worthington reports. “When Winter Haven was incorporated, the downtown core was the hub of business. But, like many downtowns, it started to become somewhat blighted in the 1980s and ‘90s. And then, in the early 2000s, sparked by some public investments in sidewalks and landscaping and moving the library to the downtown core, private investment started to skyrocket. And it’s really gone warp speed over the last five years. Almost all of the space downtown is currently occupied. So, we went from a high vacancy rate to an extremely low vacancy rate in the downtown core’s existing buildings, but we also had new construction that started to come into the downtown core – specifically in the medical field.”

Lyon agrees. “We are seeing a pretty rapid expansion in the medical capacity of downtown,” he states. “Winter Haven Hospital, part of the BayCare system, just announced that it’s going to be starting a residency program, becoming a teaching hospital with 18 new medical residents focusing on family medicine. So, that’s a new facility and another 35 or 40 medical-related jobs. They are also undergoing a $50 million emergency department expansion and reconfiguration. It has additional plans on top of that. So, we have a growing healthcare cluster in the downtown area.”

The growth of the medical sector has spawned an offshoot of business support systems. “CertiPay Payroll just moved its headquarters to downtown,” says Lyon. “They have close to 200 employees in that space. We’re also seeing law firm expansion here.”

Lyon adds that very little in the way of inducement needs to be offered to entice businesses to locate in Winter Haven. “We’re not providing incentives to recruit businesses; they are coming here because of the natural assets,” he maintains. “We have a well-educated population and access to quickly growing markets across Central Florida. Our five miles of underground fiber optic cable is available for businesses, with gigabit speed connections to the internet, and eight miles of conduit that can have fiber pulled through it for additional expansion. And we’re working with the Florida Department of Transportation to install 25 miles of dark fiber around the community. So, we will have one of the more robust fiber networks in the state of Florida that is municipally controlled.”

Another focal point for attracting business to Winter Haven is the new CSX Central Florida Intermodal Logistics Center (ILC) that came online in 2014. “It’s 1,250 acres total,” says Lyon. “350 are dedicated to a CSX rail terminal, where they move over 600 containers a day – rail to truck and truck to rail. Surrounding that are 930 acres of warehousing and manufacturing locations. There is a 407,000-square-foot building currently located there that houses the Nestlé Corporation, and we’re actively marketing that for additional expansion. We can house up to 8,000,000 square feet. So, we have a long way to go in terms of seeing that completed.”

Planning for future business expansion also means planning for future residential growth – and Lyon says that the room is there: “There are still infill opportunities, both lot by lot, as well as existing sub-divisions that haven’t yet been built out. So, there are lots of available plots of land for residential development, inside the city. And wherever the city provides water to properties, we usually annex those prior to, or in concert with, new development. We have two planned developments, right now, that are of significant scale: one of them is called Harmony – it’s about 350 acres with 1,400 units of housing coming. There’s another project of similar scale that is going to be about the same acreage and that’s being master-planned for about 1,100 units of housing. And both of those are inside the city limits.”

“Harmony in Osceola County is much larger than what we will have in Winter Haven, but the same premise will exist in this site,” says Worthington. “It will be a mixture of town homes and single family homes and a couple of estate homes. There is only one home that exists on the current property and that will be converted into an event and community facility. They hope to be in sales mode by the end of this year and under construction by the beginning of next year. It’s a really exciting project. The developer, Jim Lentz, is working very closely with our city’s natural resource division to figure out how he can maximize the green initiatives, including, but not limited to, solar roof tiles, ‘dark’ lighting that minimizes light pollution and its effect on the environment, different types of boardwalks and greenways through our ecosystem, as well as maintaining the lake front. He’s not planning on building McMansions along the lakefront; he’s planning on keeping that as communal neighborhood space. It’s the only undeveloped part of Lake Eloise, which is one of our largest lakes. It will be eight neighborhoods built out over the course of ten years.”

“He’s partnering with the city to allow installation of conduit when he tears up roads, so that we can install fiber optic cable through his development,” Lyon adds. “And he has a goal of net zero water consumption. That means that people will conserve as much as possible and capture as much rainwater as possible to offset their actual consumption.”

Finally, the fourth pillar in Winter Haven’s collaborative efforts concerns promulgating smart regulations and having all the stakeholders working in lockstep to create the type of business environment that will ensure continued growth and prosperity. “The entire community is really excited about its future,” says Lyon, in conclusion. “The Intermodal Logistics Center was about a $150 million CSX investment that will see hundreds of millions more invested over the years; LEGOLAND Florida transformed a defunct theme park that is now driving a robust tourism industry; the downtown is thriving; the airport is doing better and better. There’s an excitement about the future that runs through the community.”

It appears that Winter Haven, Florida is the “engine that could.”

WHO: Winter Haven, Florida
WHAT: A city of 40,000
WHERE: Polk County, Central Florida
WEBSITE: www.mywinterhaven.com 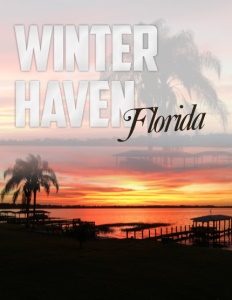