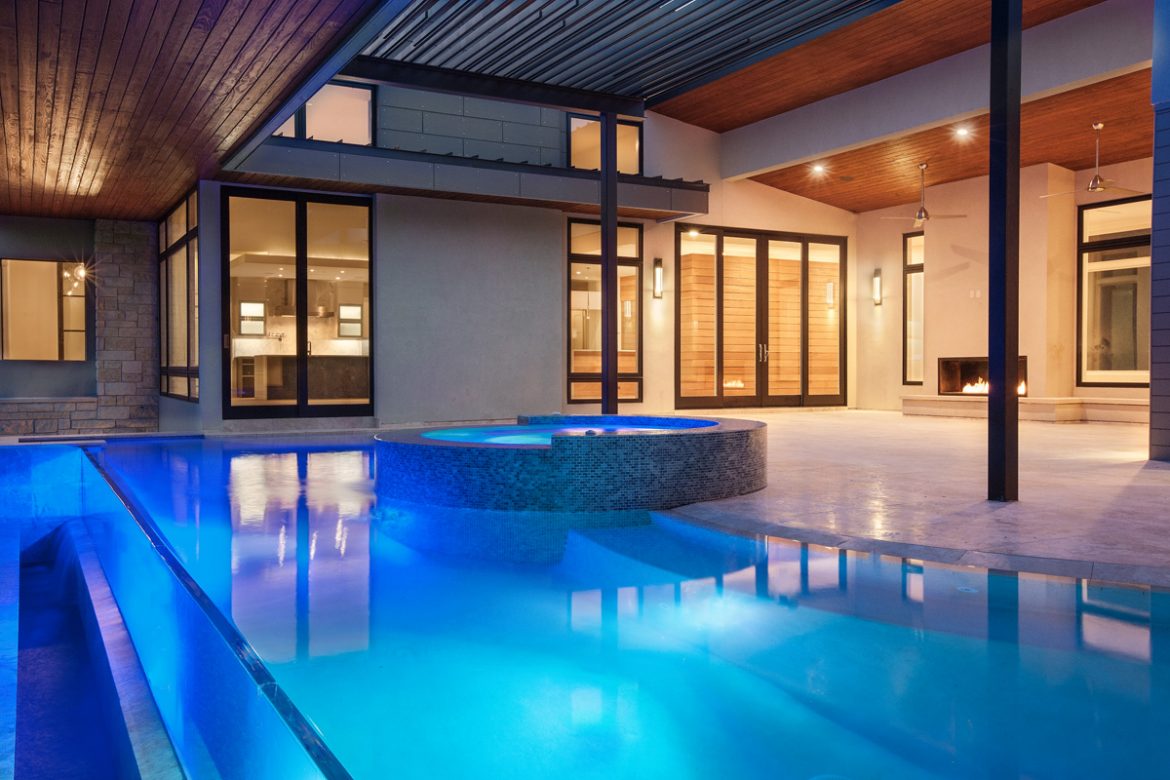 The rush for gold in Austin, Texas ensued nearly a decade ago, after it began creeping up lists as one of America’s fastest growing cities, best cities, arts & culture cities, and top job creation cities, just to name a few. In 2012, Forbes ranked Austin as the number-one, fastest-growing city in the country, expecting an annual population growth of 2.8 percent by 2016. By 2014, Austin was enjoying a 2.9 percent annual population growth, making it, once again, the fastest-growing city in the nation.

Austin is home to a top university, a thriving technology hub, some of the best music in America – and money. And with the city’s wealth comes a deep and prosperous luxury housing market. One of Austin’s custom homebuilders has not just grown alongside the city, but flexed and yielded with her during ebbs and flows in the market. Sendero Homes, a staple of Austin’s luxury home market since 1994, is one of Austin’s oldest, privately-held, custom home firms. A look at its history, operations, and its future explains why.

Sendero Homes is the product of two lifelong friends whose bond lasted through family moves and different high schools. Reunited at the University of Texas, Cosmo Palmieri and Lance Haley started a small business relationship that would soon meld into something more. Haley, who was earning a degree in fine arts, began building custom furniture. Pairing up with Palmieri, who was studying economics, to handle the business side of the creative process, allowed them to earn just enough profit to cover extracurricular expenses during their junior and senior years. While a valiant first endeavor, the two knew that there was more to their future in business together. Upon graduation, the second-generation builders laid the foundation for Sendero Homes.

Scott Walther, current President of the company, explains the founders’ vision: “Austin was a lot different 25 years ago. One of the main roads into a city, called Lakeway, was just a two-lane road. But sitting between Lake Travis and Lake Austin, it was prime real estate. All those lake lots were created and it was a great niche. Over the past 10 to15 years, we’ve been involved in building custom homes from $1.5 million to $10 million on the lakes.”

Today, Sendero Homes boasts an extensive portfolio of custom, classic, and contemporary homes with footprints spanning from 3,000 to 18,000 square feet. The firm averages six custom homes and 16 remodels per year. Many of their projects are contracted by repeat customers, and many more are garnered by way of the firm’s excellent reputation.

“Word of mouth is the heartbeat of our company,” Walther states. He explains that clients take the process of home building personally, meaning the firm must add that element to its business model. “What I’ve found in my time in business in the construction world is that it’s about the end.” He describes the experience of an owner closing on a house and moving in as an end result of the entire home-building experience. “For us, focus on communication and relationships, and doing what’s right for them, [allows them] to enjoy the process and ultimately their homes.”

Doing what’s fair during the project extends beyond the client, continues Walther. “We want to be fair with everyone involved with building the house so in the end, everyone’s happy.” Karma for fair deeds is returned in many ways: “It doesn’t always pay off immediately, but we’ve found that in the long run it does. Loyalty becomes a dividend.”

Returns come in the form of repeat clients as well as strong, loyal business relationships with partners. “We’ve built repeat houses and done many remodels,” explains Walther. “We have a whole remodel division of the company that we’ve built up over the past five years.” Remodeling is a supportive tier of the business that ensures revenues, taking up more or less of the project pipeline dependent upon the real estate market. “If custom homes are up, then remodels are down. Then, when custom homes go down, remodels go up.”

The business relationships the firm maintains resemble partnerships, boasting longevity and mutual support. When asked for top partners, Walther begins with the largest: BMC, Durango Doors, and Ferguson Pluming, and moves into smaller, locally owned firms, including C&D Home Products Studio based out of Marble Falls, Texas. Every partnership mentioned by Walther comes with the descriptor, “for a long time.”

Back at the firm’s office in Austin, with a full team of four partners and 10 employees, Sendero Homes continues to grow and be recognized as an industry leader. The firm has received awards for Best Product Design, Best Outdoor Living Space, and Best One-of-a-Kind Custom Home. Its residences have also been featured in luxury publications like luxe and Urban Home. As Austin continues to hold rank as one of the top five hottest luxury real estate markets in the country, the demand for home builders and remodels will remain.

But even with the accomplishments and successes in the Austin market, the firm stays vigilant for the next opening. The lake lots the company got its start on are nearly at capacity. “People are selling the lots that are left for $1.5 million – just for the dirt,” explains Walther.

“In the next two to three years we’ll have to figure out where to put our brand.” The team is watching the movements of buyers, sellers, and business builders to decide where the next custom home market will be. As Sendero Homes continues to prospect locations for a satellite office, one thing remains steadfast: the company’s loyalty to its roots. Walther is adamant when he says, “I don’t ever see us leaving our home in Austin.” 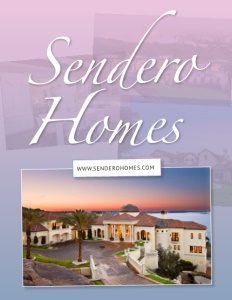