Window World of Baton Rouge – Simply the best for less 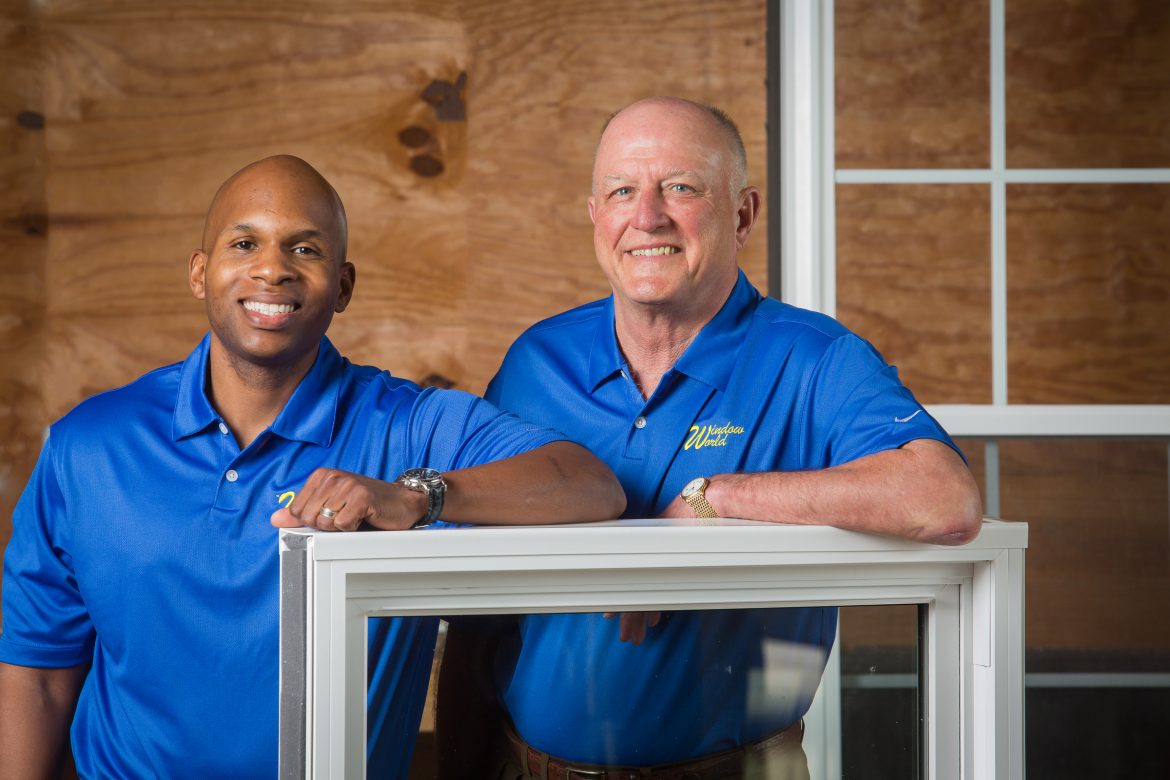 Jim Roland, the President and CEO of Window World of Baton Rouge, has been in the direct sales window business for more than 35 years. “I started in 1980, in Baton Rouge, and had a proprietary product called Magnetite, which was an interior, magnetic storm window,” he recounts. “I got involved with Window World in 2002, and what really appealed to me about their business model was the simplicity of the sales side of it. We use price-point marketing: any size, white vinyl trim, double-hung window for $189, installed. Our contract has all the prices printed on it, so it’s a non-negotiation, very straightforward, (no comma) selling process. The whole model works because it’s a really fair distribution of the costs and the workload.”

In addition to its assortment of windows (double-hung, sliding, casement, garden, bay and bow, and hurricane), Window World of Baton Rouge also carries Therma-Tru Doors, a line of Alside Siding, and hurricane shutters. “But 85 to 95 percent of what we sell is high-end, vinyl trim replacement windows,” Roland states. “The two big cities that we serve are Baton Rouge and New Orleans in the Louisiana market. We have a showroom in Lafayette and we have a showroom in Lake Charles. We have a similar operation in Houston, servicing that area, a similar operation in Dallas, serving the Dallas/Ft. Worth area, and a smaller operation in Tampa, Florida. We do some commercial sales and apartment buildings. Our product line is a residential style window and that is often appropriate in apartment buildings and condos. We do some HUD projects, but it’s all in residential-style settings. The bulk of our work is direct sales to homeowners.

Because of that direct sales business model, Roland explains that managing the analytics is a very big component of the company’s day-to-day operations. “We’re a very data-driven company,” he states. “We have our own proprietary software that we developed. We can track and record every single call that comes in; we know what we’ve got from the newspaper that day, what we’ve got from TV. We review data and reports, and that’s a big driver on how we spend our money on advertising. It’s also a way of measuring the performance of every part of our business, from the production side to the sales side.”

Not content with merely dominating every market that it’s in, Roland believes that the company can always get better at what it does. “The biggest initiative we’ve got going right now is improving the customer experience,” he relates. “Our customers, overwhelmingly, are very satisfied with what we sell. When we do everything right, our customers are ecstatic; they never really have buyer’s remorse. In the old days of home improvement, you sold windows and people started comparing prices and realized their neighbor got the same window for a lot less money and that doesn’t happen with us – everybody gets the same low price. So, what we are always working on is the timeline of the service side of it because any time you’re in the home improvement business, it’s a construction project; things can go wrong and stuff happens. We can’t avoid stuff happening, but we can improve on how quickly we respond and how well we respond. And that’s a big, big part of our current initiative. We know that drives more and more of the referral business out there, and frankly, 50 percent of our business is referrals in every market we’re in. We have very strong brand recognition.”

Another reason that Window World of Baton Rouge has that strong brand recognition might be because of its heroic response to multiple natural disasters that affected its market areas over the past several years. “We’ve had several surges in our business,” Roland recounts. “We were the dominant player in the New Orleans market when Katrina hit, and we went from 1,600 units a month to 11,000 in a 90-day period. It was quite a feat gearing up, but our supplier, AMI, Associated Materials out of Ohio, never blinked. They were able to produce windows and kept up with us during that surge.

“And we had a similar surge a year ago. Baton Rouge got flooded in August 2016. It was a big, big disaster and it drove a lot of remodeling. You had so many homes – a hundred thousand plus in each instance – that immediately needed repair and the labor supply just wasn’t there. We were the only company providing sales and service that kept up with the demand. The way we did it was we recruited installation sub-contractors from all over the United States. I’m also proud to say that after Katrina and after the Baton Rouge flood last year, we didn’t raise our prices. There’s no other contractor after Katrina who can say that. We have the same pricing schedule now that we had in 2002. That really drove a lot of consumer loyalty.”

What mainly drives Window World’s business, according to Roland, is the way the company goes to market with its fair, spelled-out pricing. “But really, our ability to manage the business so that we can deliver the windows in a reasonable time frame – including everything from the ordering to the warehousing to the installation to the follow-up servicing – that’s what our specialty is,” he maintains. “We’re very organized and we’ve got layers of management that are not common in our industry. It’s more than just a salesman and an installer doing the work. We’ve got many installers, so we’ve got a level of management above that to supervise and stay on top of it. Our ability to manage that whole process, to make the customer experience as favorable as possible, is where our strength really lies.”

That’s why Window World of Baton Rouge can confidently say that it is “Simply the best for less!”

WHO: Window World of Baton Rouge
WHAT: A replacement window and home remodeling company
WHERE: Baton Rouge, Louisiana
WEBSITE: www.windowworld-btr.com 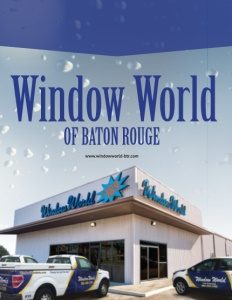