A National Leader in Payroll Services

Sean Manning, CEO and Founder of Payroll Vault, began his accounting career in 1990, when he joined his father’s accounting firm, Robert C. Manning, P.C., which, at the time, was focused on serving small businesses with accounting, tax preparation, and a little bit of payroll support. In 1998, he purchased the company from his father and re-branded it as Manning & Company, P.C.

“In 2008, I saw a need for a separate brand in order to help small businesses with their payroll function,” Manning recalls. “We’d already been asked to do payroll for about 70 clients through the accounting firm, and we saw that as an expansion opportunity. So, we created a payroll company that could really serve the small business owner in a boutique style service versus the larger companies that were out there. That brand matured very rapidly in our local market, and, as a result, and because of my affiliation with the accounting industry, we were asked, not only to speak about our success, but to position ourselves to help other accounting firms, or people that wanted to own a business, into the payroll service opportunity.”

“We had a pretty incredible team and we were ready to help support that idea,” Manning continues. “And after researching for the best possible solution, in early 2012, we decided the best way to help other people was to give them everything we had already developed, including the name, and the brand, and all the resources behind it. So, we decided to franchise, knowing that there was already a market of people who were interested in becoming a part of the franchise concept as franchisees. We had three or four franchises that very first year, and we expanded from that point. Now, after four years, we have 28 locations in 14 states, and are positioned to grow at a pretty rapid rate.”

Initially, Manning says that most of his franchisees had accounting backgrounds, but currently, almost half are people in the services industry with skills in human resources and marketing, and maybe just a little bit of experience with accounting, payroll, and/or bookkeeping. “Our current prospect has a fairly diverse skill set,” he says. “They can be operationally very proficient; they can be proficient with sales and marketing; or they might even be proficient in leadership and management. So, our focus is not necessarily a background in accounting – it’s really somebody that has the experience and commitment to running a service business.”

Manning says that leads come via the company’s website as well as from its association with Franchise Business Review, the national franchise market research firm that publishes positive feedback from Payroll Vault’s current franchisees. “The ratings we have there, and the support through that organization, has led quite a few people to reach out to us,” he remarks. “Also, we just did our first expo, and we have four or five people coming to Discovery Day, just as a result of that. Our concept is so unique, that when people identify with it, they want to know more. We have over 3,000 leads in our system that have either been directly contacted by us, or contacted us. Having awarded less than 30 franchises, we have been fairly selective in developing a system that makes sure they’re the right fit. Just because somebody wants to be a business owner doesn’t always mean you award them a franchise. If it’s right for that person, we can teach and coach them; we can provide all the right tools to be successful. But they need to execute, themselves.”

Payroll Vault offers three different levels of territory, “so that we can easily help support the path the prospective franchisee wants to go with,” Manning explains. “Early on, we had franchisees that wanted multiple locations and there are a couple that own those now,” he adds. “However, we recognize that some markets are smaller and some markets are bigger, so they can start small and build, or start big if they have the resources to do that. We’ve also recognized the need to make an expanded territory option so that the investment isn’t quite as large and they can be very satisfied with the territory that’s awarded them.”

Manning keeps in touch with his franchisees via an annual conference. “We also have what’s called an ‘owner exchange,’’’ he adds. “We get together once a year and talk about how we can be more successful as a group. We do regularly-scheduled owners’ calls, every month. And we have pretty systematic support and training. It’s all about being available and looking beyond where we currently are – not only for the brand, but also for the franchisees.”

Payroll Vault caters to the 90 percent of American businesses categorized as “small” and its franchisees tend to target those with around 15-20 employees. When asked why so many small businesses, today, are looking to outsource their payroll functions, Manning explains: “Both the federal and state governments have made it extremely difficult to manage this process. They’re overwhelmed with the reporting requirements which are very confusing. Business owners needs to focus on the key things that make them successful, and sitting in an office for two hours a week, trying to process payroll, and getting it done accurately, deters from what they need to be doing. We’re there so they don’t have to worry about those details.”

Another new wrinkle in the payroll domain is the new set of overtime rules promulgated by the federal government, which go into effect this December 1st. “Forty-nine point five percent of small business owners don’t even know this new law exists,” Manning says. “So part of our goal is the education of small business owners. You really need the resources to make sure that you track time efficiently in order to make sure that you don’t run into compliance issues. Our vendor partners, whether it’s software, timekeeping tools, HR partners, compliance posters – all of those resources, we can turn on and make available very quickly to a business owner to help resolve any of those concerns and avoid some serious penalties that can even lead to closing a business because they can’t afford the penalties that come up as a result of payroll non-compliance.”

Manning believes that there are definite advantages to the Payroll Vault model – not only for its customers, but for its franchisees, as well. “We’re one of the very few brands that is extremely scalable. So, you can have one location and probably meet your financial goals. And very few brands like us require a minimal investment to be successful,” he states. “It’s Monday through Friday, regular work hours and holidays off. You’re working business to business, which is generally easier; it’s an annuitized business, so once you get a client, it’s typically with you for ten years. We get paid every one to four weeks, typically, because that’s when you run a payroll. There’s no collection, there’s no receivables, no credit card or checks, and no need for a billing system, so it’s easily managed. And, as far as the top resources you need – you need a good brand, and you need a good software and vendor supplier group, which we have.”

In the end, though, Manning stresses, again, that the final results are up to franchisee. “You also need a dedicated owner, and a team underneath,” he says, “and you can be successful owning this type of business.”

Check out this handpicked article on Franchise Business Review, a source of independent franchise information..

WHAT: A national leader in payroll and workforce services 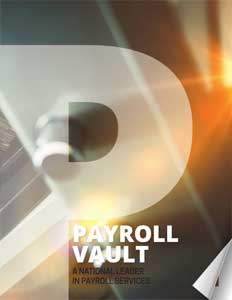