The Ketchikan International Airport a state-owned, public-use airport located one mile west of the central business district of Ketchikan, a city in Ketchikan Gateway Borough, Alaska. It is located on Gravina Island, just west of Ketchikan, on the other side of the Tongass Narrows. “The Airport is on an island and the town is on a neighboring island,” explains Airport Director, Mike Carney. “They’re virtually 575 yards apart and our Airport is serviced by our own ferry system; we have two ferries that run back and forth that bring cars, cargo, and people from the city to the Airport,” The Airport is situated on 2,689 acres of land; it has one asphalt paved runway, 11/29, which measures 7,500 by 150 feet.

Ketchikan International Airport is run by the Ketchikan Gateway Borough, which signed a long-term lease with the State of Alaska in 1985 that goes through 2027. This agreement allows for operation of the Airport, with the state acting as a sponsor to the Borough and as a financial partner in major maintenance projects. A staff of 28 Borough employees operate the facility. This past year, the Airport had 18,250 aircraft operations: 61 percent air taxi, 33 percent scheduled commercial, 2 percent transient general aviation, 2 percent local general aviation, and <1 percent military.

The attempt to replace the Airport’s ferry system with a bridge became the object of national attention in 2005, when the proposed structure, budgeted for almost $400 million, was described as “the bridge to nowhere” by its opponents. “The costs just kept escalating and the governor finally said, we’re not building it,” says Carney. “Out of that bridge money, there’s $96 million dollars left, and it’s now in the hands of the state DOT, and they’re using that money to refurbish the ferry berths, build new berths, build adequate parking and waiting areas on the town side, and refurbish sidewalks, generator systems, boat docks, and things of that nature.” 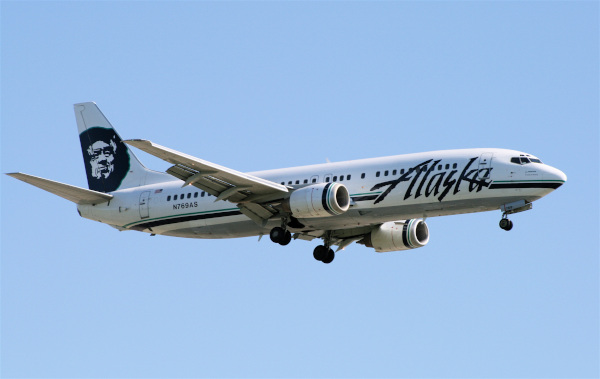 “We’re at the end of the design phase and will soon put those projects out to bid,” Carney continues. “So, for the next four years, there will be $96 million spent on those capital projects. We are about three months into a year-long effort with an airport planning group, Mead & Hunt, to do an Airport Master Plan for upgrades to our terminal, for what we’re going to need for the growth of our Airport over the next 20 years. I picture that it will be funded out of our PFCs (Passenger Facility Charges). We’ll probably go out and bond once we get approval from the policy makers to do the upgrades and the expansion projects identified in this Master Plan. We’ll bond and then pay the bonds back out of the PFCs.”

As the most southern airport in the state, Carney relates that there is a lot of northbound traffic that stops at Ketchikan to refuel before travelling on to other destinations in Alaska. According to Carney, the most attractive thing about Ketchikan International is that its runway is positioned so that there are no struggles with strong crosswinds. “You’re always headed directly into the wind,” he affirms. “And the runway is newly paved with new navaids. And there are no bumps and no permafrost issues.”

Regarding any future growth of the Airport’s footprint, Carney admits that there is a great deal of land surrounding it that would be available, if needed, although he doubts it ever would be. At present, there are no home-based GA aircraft at Ketchikan and only four hangars – all are owned by private entities that lease space to transient aircraft and/or for needed overhauls of locally-owned planes; another is owned by Guardian Flight, a local medivac company that houses its emergency jets. “Our Airport reserve, unlike other airports, is large enough,” he notes. “And it’s uninhabited; there are no houses, no industries, or anything putting pressure on the Airport land. On the north end, we have an industrial site, where there used to be a sawmill, but it ceased to run about eight or nine years ago. And, right now, we have some small land leases going on there that don’t contribute that much capital to the Airport. So, I don’t see it as necessary.”

For now, Ketchikan International Airport, the gateway to Alaska, will continue to service its local and transient general aircraft, its cargo carriers, as well as its commercial flyers. But they’ll still have to take the ferry to get there.

WHAT: A state-owned, public-use airport

WHERE: In Ketchikan Gateway Borough, Alaska