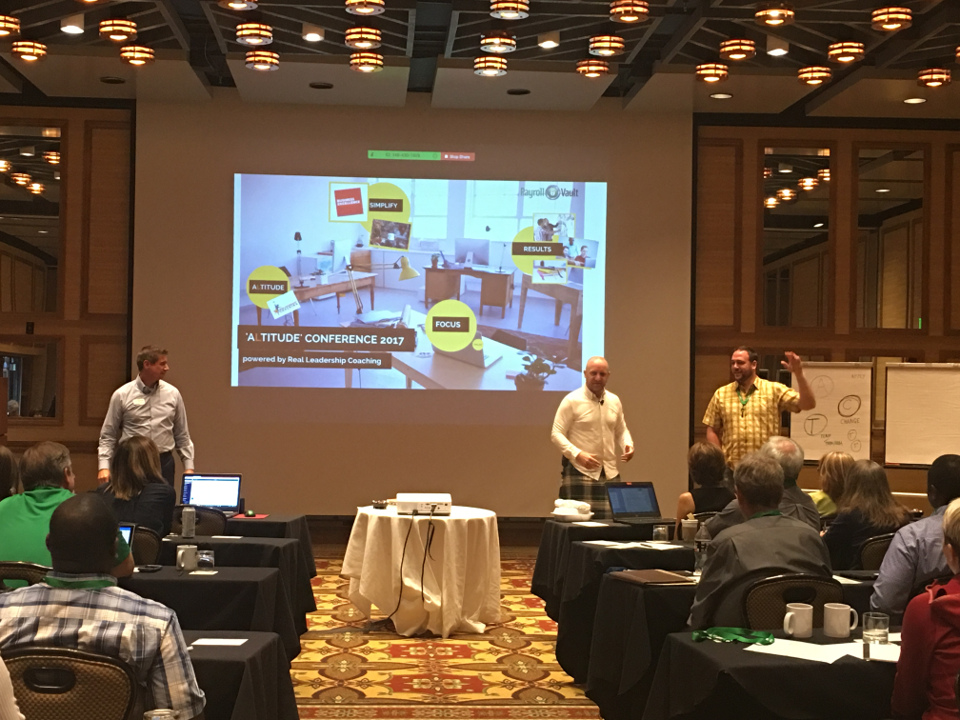 Sean Manning founded Payroll Vault in 2008, after having purchased his father’s accounting firm a decade earlier, which focused on serving small businesses with accounting, tax preparation, and payroll support. Since, at the time, a majority of Manning’s clients were already asking for payroll services, he capitalized on the opportunity by creating a separate payroll company that could serve the small business owner in a boutique style, versus what the larger companies were offering.

The brand matured very quickly in the local market, and, because Manning was fairly well-known in the accounting industry, he was continually asked how other small firms could position themselves to take advantage of similar opportunities by providing payroll services to their clients. In early 2012, Manning decided that the best way to help other people was to give them everything he had already developed, including the name, and the brand, and all the resources behind it. Thus, he decided to franchise, knowing that there was already a market of people who were interested in becoming a part of the franchise concept as franchisees. Today, the Payroll Vault brand caters to the 90 percent of American businesses categorized as “small,” and its franchisees tend to target those with around 15-20 employees.

Business View Magazine first spoke to Manning in 2016, and when asked, then, why so many small businesses were looking to outsource their payroll functions, Manning explained, “Both the federal and state governments have made it extremely difficult to manage this process. They’re overwhelmed with the reporting requirements which are very confusing. Business owners need to focus on the key things that make them successful, and sitting in an office for two or more hours a week trying to process payroll, and getting it done accurately, deters from what they need to be doing. We’re here so they don’t have to worry about those details.”

We recently caught up with Manning to learn about what has transpired with his business this past year. The following is an edited transcript of that conversation:

BVM: When we last spoke, your company had 28 locations in 14 states. Where are you, today, in terms of your geographic footprint?

Manning: “We are now at 36 locations in 18 states, and we’ve scheduled closing for four franchisees in the next two weeks once details are finalized. They’ve all scheduled training, and we’ve also, just recently, awarded the opportunity to eight additional prospects who are in the final stages of our final review. So our momentum continues to increase and we’re picking up steam as far as engaging candidates and going through the consideration process.”

BVM: What else has transpired over the past year as your company has grown?

Manning: “The first four years were an opportunity for us to get exposed as a franchise concept, while working on some of the fine tuning of what we can do to support a new franchise system owner. I describe this past year as kind of back to basics – what resources are available, how to use those resources, what are best practices, what are the key performance indicators – and do a really deep analysis of our franchisees over that four year period.

“We’ve been able to study the franchise space – how to best service our franchisees and support them. We’ve discovered that keeping it very simple in nature, from the standpoint of what makes business successful, also applies to us as a franchisor. That has allowed us, internally, to take a more cohesive approach, because we’re very focused, too. Through learning in our initial years of operation, and the experience we have now as we enter our 6th year, we are supporting our franchisees at new levels as we continue to expand the brand.

“Also, technology continues to support the entrepreneur opportunity within payroll services. Systems that big companies have had for many years are now available for small business owners in the payroll space. What has also changed over the last couple of years has been compliance at the state level; it continues to get complicated in the payroll management for employers, and the federal laws change frequently as well, making it extremely challenging for business owners to keep in the know so they avoid compliance issues. The good news is a brand like ours can help support small business. From a business opportunity standpoint, it seems to keep solidifying in the very narrow niche market that we’re in. There are only a couple other payroll service franchise opportunities available; certainly none performing like what Payroll Vault is doing. We are unique in our space as a franchise opportunity and for the payroll industry.

“And, while all that was happening, we received a lot of publicity in the franchise space. Franchise development for us continues to advance and I think that’s why we saw a nice jump start over the previous twelve months. We are now awarding about one franchise per month and we hope to increase that to two a month on average for 2018, and, hopefully, see continued interest and engagement with people that would qualify as a Payroll Vault franchisee.”

BVM: When we spoke last year, the federal government was on the verge of implementing new overtime rules that would greatly affect your franchisees’ clients. What’s happening in that area?

Manning: “The federal overtime rules have been postponed. Last year, at this time, we were dealing with this whole new possible federal law that very few businesses were paying attention to, and over half of all businesses probably didn’t even know about. We were keeping all of our clients informed of the pending changes and possible affects the rule would impose on them. We continue to see these types of regulations put on the plate, both on the federal and the state levels. At this point, we’re waiting for an update, but we’re taking the position that those changes have just been postponed.”

BVM: Anything else happen recently that you would want our readers to know about?

Manning: “Over this past year, we took a good look at the generational component in small business. There’s a lot of talk about the Millennial Generation and the challenges the Baby Boomers and Gen X have with them coming into market. I find this discussion interesting. I met with a prospective franchisee recently of the Millennial Generation, as he and his father are considering owning a franchise together, and he asked me, ‘What should I look at, as far as skills that I need to have to be successful with the Payroll Vault business?’ I said, ‘Your willingness to do something different is what’s important. Your generation doesn’t get enough credit for your willingness to change and eagerness to learn.

“As I see it, one of the current challenges is that middle management and executive level in most organizations have lacked in teaching skills – they are set on assumptions that the younger generation should just ‘know what to do’.  My position is to show people that creating a culture and leadership for the next generation is really about the current management and leadership setting the example of how to help support, probably, one of the most powerful generations in workforce history – Millennials. I think there’s a dynamic opportunity to embrace the skills of these people and their willingness to work and learn, and take on projects to make really good things happen for organizations. We teach leadership and management as part of our franchise system, and by supporting and teaching leadership and good quality management skills, this creates an exciting culture not only for our franchise offices, but also for our clients system-wide. We all want to be excited going to work, everyday!”

WHO: Payroll Vault
WHAT: A national leader in payroll and workforce services
WHERE: Greenwood Village, CO
WEBSITE: www.payrollvault.com 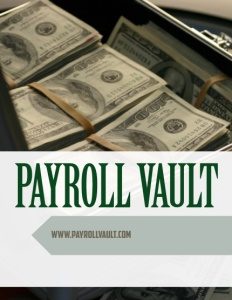