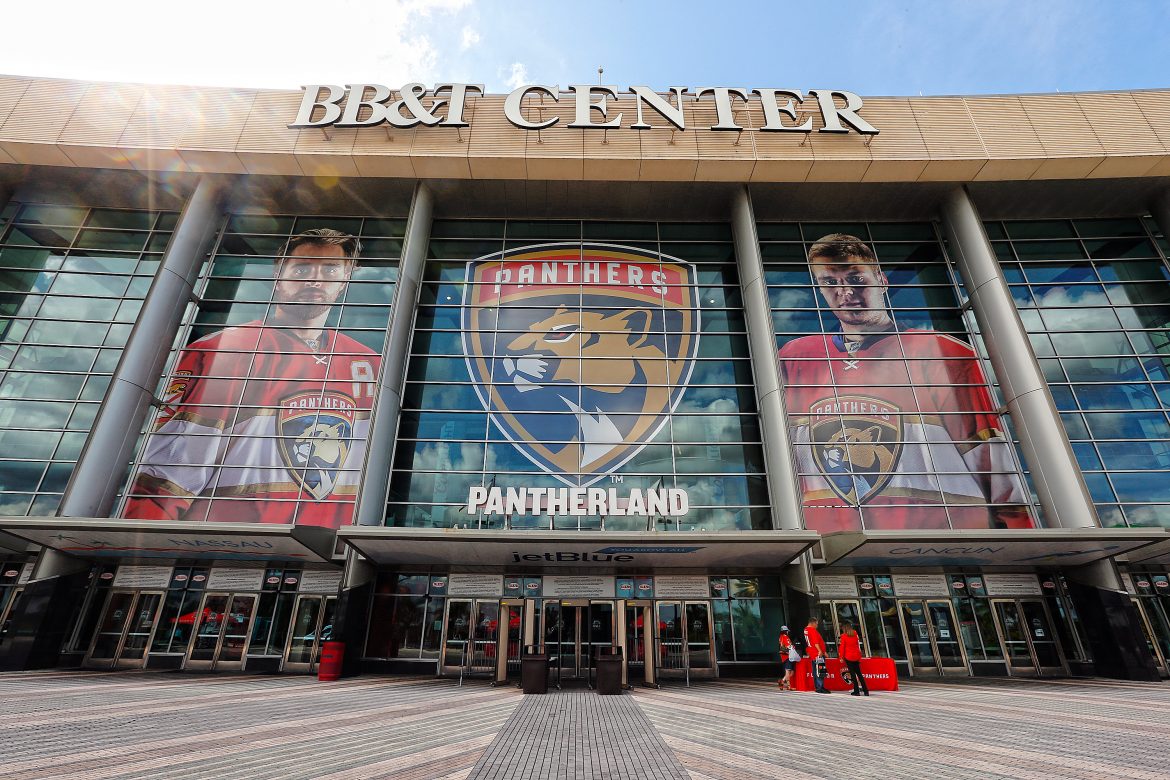 Business View Magazine interviews Tom Embrey, VP for Event Operations & Security at the BB&T Center as part of our series on North American stadiums and venues.

BB&T Center in Sunrise, Florida, is one of the preeminent sports and entertainment venues in the country, with more than two million visitors entering its doors each year. The largest arena in Florida, and the second largest in the southeastern United States, BB&T Center is the home arena of the Florida Panthers of the National Hockey League, and plays host, as well, to more than 200 events annually, including concert headliners like Billy Joel, Garth Brooks, Bruce Springsteen, P!nk, Pearl Jam, Bruno Mars, Bon Jovi, and Maroon 5. The Center also presents family shows like Disney On Ice, Cirque du Soleil, and other events, such as Orange Bowl Basketball Classic, Marvel Universe Live, and Monster Jam. Its community events include college and high school commencement ceremonies, corporate functions, charity events, youth hockey games, motivational seminars, and more.

The publicly-funded, $167 million Center opened in 1998. “It was built to house the Florida Panthers,” says Tom Embrey, Vice President for Event Operations & Security. “Prior to that, the Panthers played at the Miami Arena in Miami, and there was no real facility in Broward County, at the time. The geographic location of the Arena made it difficult for fans from Palm Beach to make the trek down to Miami, so the Center was placed in the middle of Broward County, in between Palm Beach and Miami-Dade County.  It’s located directly off the highway, making it easily accessible with a lot of onsite parking. That was part of the big vision.”

Since its inception, the Center has had several different names. Known as Broward County Civic Center during construction, the naming rights were won in July 1998 by National Car Rental, leading to the venue being named the National Car Rental Center. It became the Office Depot Center in the summer of 2002, and the BankAtlantic Center in 2005. BB&T Bank purchased BankAtlantic in 2012, and the arena was rebranded as BB&T Center. The Center has approximately 150 full-time employees and, depending on the event, can have between 700 and 900 full- and part-time employees in the building.

“For the most part, the building has been really well-maintained,” says Embrey. “But over the last five years, we’ve started to make some upgrades. A few years ago, we replaced our chillers, allowing us to maintain quality air and ice conditions. We also upgraded all of our Wi-Fi, so, for the most part, the entire building is covered with Wi-Fi capabilities. That’s been a major project for us. We will be replacing our retractable seating this upcoming January, providing a much more comfortable viewing experience for our fans. Currently, we are working with our partners at FP&L, Florida Power & Light, exploring the use of solar energy here to be a little bit more energy efficient. We will also be replacing our building automation system within the next few months allowing us to better visualize and more efficiently control our facility.”

The 872,000-square-foot BB&T Center can accommodate 25,000 people for center-stage concerts, and 21,500 fans for Florida Panther hockey games while offering several private, luxury seating and dining options. The Corona Beach House offers all-inclusive food and beverage; Lord Stanley’s Loft encompasses approximately 8,000 square feet and caters to approximately 500 guests with a dive bar feel; Mardi Gras Jester’s Court offers fans another seating and dining option; and the Legends Lounge is a restaurant located on the Lexus Suite Level and offers sit- down service. “We built a new premium club, originally named Club Red, but a great partner of ours, Lexus, bought the naming rights and is now known as Club Lexus,” Embrey adds. “It’s a high-end, all-inclusive club located at center ice; when you purchase a ticket, it includes the option to valet-park, plus all you can eat and drink – beer, wine, and soda – this premier club is well known throughout the South Florida Area as an ideal spot for entertaining.”

In a competitive market, where everybody is trying to book big acts and shows, Embrey says that the Center works hard to develop good relationships with promoters to “make sure that they understand what we’re capable of when they’re onsite. We want to make sure that they have the best event experience possible,” he states. “And when we go to market an event, we want to let everybody know that our location is key. Some people think that our location might be a disadvantage because we’re not out east on the beach; we’re out west on the Everglades. But that’s actually an advantage because we have 7,000 onsite parking spots and we’re located centrally between Palm Beach and Miami/Dade Counties with easy access to the highways.”

Embrey adds that the Center’s current focus is to become “a good partner in the community, while building a positive culture in our organization. We finally got some stability over the last few years,” he says. “We’ve got a whole set of new values; a new mission and new vision of the direction that we want to head. Now, we want to get a good tie-in with the community, because that’s so important. A lot of our efforts and a lot of our marketing are tied to our fans and the community at large. We want to be a true asset to the community, both on and off the ice. You might not be a Panthers fan, but we’re going to help you out. That was really shown in our hurricane relief efforts.”

According to Embrey, Broward County and the Florida Department of Children and Families have just used the building for D-SNAP (Disaster Supplemental Nutrition Assistance Program) distribution, for families that lost food during the recent storms. “We gave the building to them rent free. People came and got their debit cards and got reimbursed for their food,” Embrey recounts. “Additionally we partnered with JetBlue and local food truck owners and offered free meals to those affected by the hurricane.  A total of 20,000 free meals were served over a 2 days period.”

In another hurricane relief effort, the Florida Panthers and BB&T Center partnered with Ford to collect non-perishable goods and other non-perishable necessities for those affected by Hurricane Irma in the Florida Keys.  Approximately 65 pallets worth of goods were then delivered to impacted areas via a police escorted convoy that consisted of both Ford and Panthers employees. “We also do other community events, Embrey adds. “We do a Christmas in July event, which is hosted by the Kiwanis Club of Broward County. It involves bringing in kids from homeless shelters around the county and giving them a day of fun, a good lunch, and some entertainment. They also get some of the much-needed necessities and supplies – they get a backpack filled with basic needs, clothing, etc.”

Two years ago, the Florida Panthers and their parent company, Sunrise Sports & Entertainment, reached an $86 million operating agreement with Broward County for BB&T Center. Under the terms of the agreement, the county will provide $39 million for maintenance, repair and upgrades, and $45.5 million to assist with operating expenses such as utility costs and insurance, with an additional $1.5 million going to attract a high impact event, over the next several years.

BB&T Center – at the center of it all.

WHO: BB&T Center
WHAT: Home of the Florida Panthers
WHERE: Sunrise, Florida
WEBSITE: www.thebbtcenter.com

BOOKMARKED: You Can’t Be Everywhere 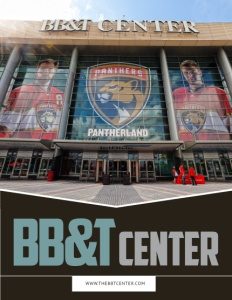