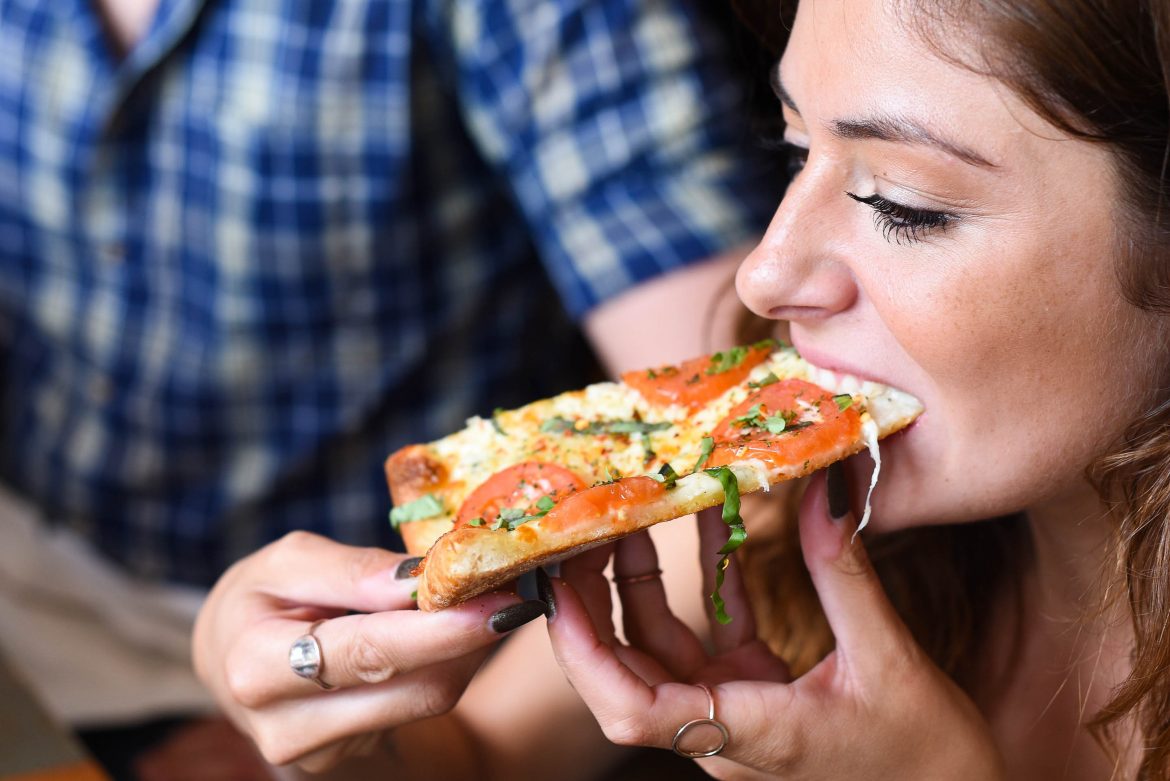 ‘Otto’ (Oh-toe) in Italian is the number 8. There are 8 slices in an Otto large pizza. Coincidence? Not. Truth be told, Otto Pizza’s founders, Mike Keon and Anthony Allen, had a bunch of other names tabled for their company when they started it, but… “Most of them were really bad,” Anthony admits. “Earth’s Crust was one; Acme was another. It was our graphic designer who noticed Otto on the list – he liked the palindrome and came up with our logo. Mike and I loved it, and away we went.”

Branding can make or break a start-up, and Otto’s graphic designer had his priorities in place when creating the logo. He wanted it to look like there were 10 stores, even though there was only one tiny slice shop. “He nailed it,” says Allen, “we really looked established with that logo. We credit it with being partially responsible for our success.”

It all started in 2000, in a Massachusetts mill town, where Allen was a commercial broker who owned a nightclub, and Keon, a former fishing boat cook, owned a bistro. Both had years of culinary experience, albeit no formal training. They met through their mutual establishments, bonded over Allen’s wood-fired pizza, and eventually joined forces. Fast forward to 2009, Portland, Maine. Allen explains, “I had sold my nightclub, my broker biz wasn’t doing well, and Mike’s restaurant in Portland wasn’t doing great either. He called and asked me if I wanted to look at a space for a little pizza slice shop. Just a phone call, and that’s how it all happened.”

Otto’s owners applied themselves methodically to the business side of the operation, while creating a distinctive product: an elevated idea of pizza. The location was divine. Congress St. is the main spine of Portland, a city of 65,000, and there was no pizza on this street for two miles. Competitive advantage – there simply was no pie. The business plan was to open one slice shop. A second unit wasn’t discussed “until we were up and going and saw the contagious frenzy around our particular pie.”

That original 11’ by 28’ shop continues to thrive today, still driven by product and personality. When it opened in 2009, the recession had taken its toll and many neighboring buildings were boarded up. Allen recalls, “It was such a small shop that Mike and I got to interact with everyone. The financial world was falling apart, and here we were opening a restaurant – probably the worst thing to do. We showed some verve and people were excited by that. For three bucks a slice, tax included, we made them feel good during a rough time.”

The first day Otto opened, a Monday, sales were $174. Allen and Keon were tickled pink, though it did take encouragement for people to like some of the ‘specialties’ they were serving. The mashed potato, bacon, and scallion slice, for one, was not readily accepted. Allen laughs, “I started giving a money back guarantee with it – if you don’t like it, trade it in for whatever you want. Now, “The Masher” is our fifth most popular pizza. Rich, buttery and delicious!”

Six months after opening Otto, the adjacent building became available. Allen says they picked it up to control the space more than anything. “We punched a hole through the wall and turned it into Enzo Wine Bar – no cooking, but 15 seats and full of ambience. We installed a bar top Mike had salvaged from the iconic Rathskeller bar in Boston, put some tin ceiling panels on the wall, and that tiny wine bar became popular. You could sit down for a drink, and we’d fire a pie and slide it through the little cut in the wall.”

Enzo opened in January 2010, and in May another space on Congress St., a mile away, came up. A nightclub was going out, so Allen and Keon decided to rent the location and open a larger, sit-down Otto. That opened in Dec. 2010, followed two months later by a leap of faith to Boston – Harvard Square – and another small Otto slice shop. Allen says, “Looking back, it was a lot of growth for the time, and we made some mistakes, but I don’t think we were reckless. Along with good real estate, you need good pizza, and have to stand behind the execution of your concept. We’ve been pretty successful with that.”

Entrepreneurs who open multiple pizza shops are usually determined to work “on the biz” not “in the biz.” With a total of 12 shops on the go in Maine and Massachusetts, working 60 hours a week, in-house was not feasible for Allen and Keon. They wanted to use their time to grow the business, so, they hired smart people and trained them well to keep all the locations as original as possible.

Otto serves a broad range of customers. Every year in Harvard Square there’s a whole new class of students, and the unique Otto experience has to be reintroduced.  Some locations have heavy pedestrian traffic; a captive audience. The Coolidge Corner shop in Brookline is across from a movie theater. Any Saturday, you’ll see five or six baby strollers out front, a couple of dogs tied up – it’s a fun, family experience.

Catering is defined as any order of five pizzas or more. Boston has one Otto where catering accounts for 60 percent of sales. Some shops are designed for it, execute it well, and it’s their base business. Others don’t deal with catering or delivery. It’s more a function of what the space can handle in terms of production, rather than demand. All cooking takes place in-house, except for some prep work like sautéed mushrooms and mashed potatoes which are done at a larger unit in South Portland and delivered daily to the individual shops. The Massachusetts stores are all stand-alone, functioning restaurants that do their own cooking.

“We’re the biggest independent chain in Boston,” says Allen. “Our closest competitor is Flat Bread Company, based in Vermont. They operate a dozen units throughout the country, and have a tremendous product. They’re heavily oriented toward organic sourcing – a little ‘hippyish, earthy crunchy’, where we’re more eclectic. I take a lot of personal pride in our team that we’ve never closed an Otto. Even as good as Flat Bread is, and as well capitalized, they’ve opened and closed three restaurants. I only use that as a barometer. It’s a tough business. We work hard and don’t take anything for granted. In other words, we’re only as good as our last slice.”

Eric Shepherd, Otto Marketing and Communications Director, adds, “We don’t just look at pizza as our competition. Because of the eclectic nature of our pizza – the focus on unusual ingredients and an elevated pizza experience – we also look at other types of restaurants as competitors. In downtown Portland, we are right there in the mix when people are deciding whether to have Japanese, or Asia fusion, or Otto. We like to say, “There’s pizza and then there’s Otto.” That’s part of the strength, that we can cut into the market of existing pizzerias, but also fight for that fast casual, and even full-service dining.”

One of the challenges for an independent pizzeria is competing with huge technology-backed companies like Domino’s and Pizza Hut that have a slew of developers working on proprietary tech. But even without venture capitalist funding, Otto is right in there adapting with its own app, and a generous rewards program.

What’s ahead for 2018 and beyond? Allen says, “We have a plant in Massachusetts where we make all the dough and distribute it to the shops. We have a proprietary, gluten-free pizza shell that we make for ourselves – we’re going to increase scalability of that and begin wholesaling it, along with our dough, to smaller supermarkets. We may even do a bread line. It’s exciting for us to go in that direction.

“In terms of store growth, we’ve taken the past year for self-reflection. We have a lot of critical foundation work ahead to ensure our vertical platform makes sense – from the dishwashers, to the general managers, to execs. That’s a bi-product of growing fast; building a culture and a team. With just under 500 employees, communication hasn’t been perfect, and we want to circle back and invest time and energy into making sure what we have is super strong, formidable, and ultimately, sustainable.

“We’ve had a lot of fun, met great people, and assembled a team we love working with. That’s been a privilege. We also give something back to our customers and that always feels good. Whether it will be 12 stores, or 25, or 100, I don’t know. But what we have is very solid, and we want to continue to fortify it.”

Check out this handpicked feature on RIX Industries – Providing Compressor Solutions since 1878.

WHAT: ‘Elevated pizza experience’ chain; 12 shops in Maine and Massachusetts

WHERE: Head office in Portland Maine

Spending and the Number of Wedding-Related Events... 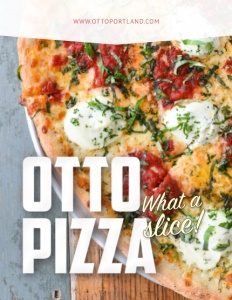