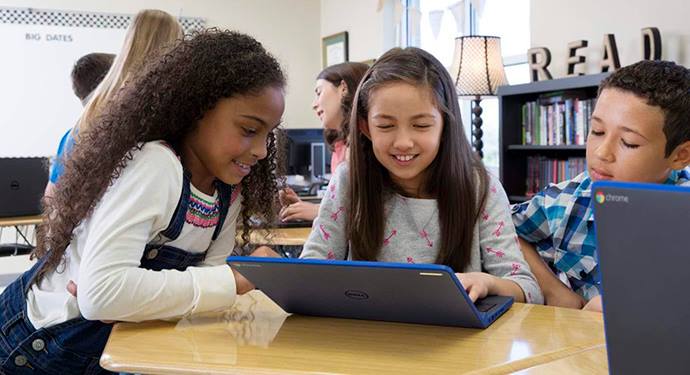 There is an old saying: “Adversity breeds creativity.” This was certainly true in the case of Marc Netka, President and CEO of STS Education, an Ed-Tech company based in Simi Valley, California. “My company started out of desperation,” he relates. “I just got laid off, I just had my third kid, and I had nothing else to do.” Luckily, Netka had a friend who worked in what was then known as the “grey market” for computers, “taking used computers and, in those days, breaking them apart and selling the parts, because that’s when a 40 gig hard drive was worth $500.” Without any real knowledge of computer technology, but with a talent for sales and marketing, Netka jumped at the opportunity.

“When I came on board, I looked at the market and thought there was an opportunity to sell used computers to schools,” he recounts. “In California, there was a program called the Digital High School Program, which was giving $300 per student to every high school in California for a one-time implementation of technology. Teachers were making the buying decisions, so I decided to go on the road, get in front of all these tech committees, and start selling them refurbished computers.”

After about a year, Netka’s friend sold the business and he didn’t see eye-to-eye with its new owner. “So, I left and started my own business. I had found the customers, found the suppliers, and created the business,” he continues. “That was back in 2001. I started out of my garage and for the first eight years, I ran it as a ‘lifestyle’ business. I showed up in shorts and flip flops. Every day, I went home at 3:30 when the schools closed. I had one employee, my mother. I bought and sold things and I had other companies, which I trusted, do the work for me. I grew the business to about $1.8 million annually, over the course of 8 years.

“Then, in 2008, when the economy took a nosedive and all the public money was shut off, I had a moment of panic and a moment of clarity, which was, I hadn’t built a real business, and I had missed out on a large opportunity. There were companies that had started after me, selling the same thing, that had grown to be 20, 25 million dollars in sales a year. That’s when I went to work and redesigned my business to become what it is today, which is STS Education. It’s grown to $30 million in sales and we’ve made the Inc. 5000 Fastest Growing Privately Held Companies in North America list for six straight years.” Once again, Netka’s adversity had bred creativity.

Today, STS Education is a national company with 43 employees. “We describe ourselves as an Ed-Tech company that has a curated set of products, services, and solutions that are purpose-built-for-education and revolve around four areas: Operational Sustainability, Collaboration and Engagement, STEAM, and Software.”

Operational sustainability, according to Netka, includes Chromebooks and “STS Second-Life Hardware” which is used computers, tablets, etc. that it purchases from multi-national corporations and reconditions them through its seven-step proprietary process before covering them with a life-time warranty. “We also are the only Ed-Tech reseller with an Asset Value Recovery Program that allows us to buy back old assets from schools for cash or credit,” he explains. “To date, we have given over $4,000,000 to schools through this program to upgrade to newer technology. We have an initiative around what we call ‘white glove,’ which is doing everything that’s required from the system, prepping it in such a way that when the technology person gets it at the school, they don’t have to do anything to it other than hand it out. We also sell a lot of maintenance parts to schools and have extended warranties. Operational Sustainability represents about half of our business.”

“We also are big into Collaboration and Engagement, and we’re one of the largest resellers of the Promethean ActivPanel in the country,” Netka adds. Promethean is a global education company that develops, integrates, and implements learning environments. “They manufacture the best interactive flat panel displays for education and we’re one of their platinum partners.”

STEAM is an acronym for Science, Technology, Engineering, Arts, and Math. It’s an educational approach that utilizes all five subject areas as access points for guiding student inquiry, dialogue, and critical thinking. “STS Education’s new STEAM-focused technology toolbox delivers the technologies teachers need for a successful program,” says Netka. “To support this learning environment, we have curated a set of hardware and software solutions that are purpose-built for education and include ready-made curriculum.”

Netka believes that there are certain characteristics that differentiate STS Education from its competitors. “I think what makes us different is that we have a distinct point of view and lot of companies that service the education market are really just hardware companies – they don’t have any point of view other than you can buy your hardware from them,” he asserts. “Our point of view is that we should be the curator of solutions for you so that you don’t have to spend as much time doing that. We’re not going to pick the solution for you, but we’re going to curate it down to a manageable set.

“So, for example, if you were looking for an interactive flat panel, there are about 20-odd companies in the space trying to sell to schools. If you’re a technology professional, you are looking to see which one of them is really built to be used in the classroom, and that’s what I feel our job is – to curate that down to a manageable set of two or three or four options for you to look at so that you don’t have to filter through this vast array of products, yourself. I think that’s what distinguishes us.

“Plus, we offer some unique programs that other companies don’t, for instance, our buyback program and our extended life program. We helped a school district in the Midwest that had a thousand laptops that the teachers were using and they wanted to re-use these and get them into the hands of the students. We took those back in, refurbished them, put in new batteries, upgraded them to Windows 10, and gave them back with a lifetime warranty for $200 a machine, which enabled them to pass them out to their students. And we’re the only one that I’m aware of that’s offering that kind of service.”

Netka proudly reports that STS has moved into a new facility in February 2016. “It’s a 27,000-square-foot refurbishing and configuration center,” he states. “Within that we have a modern, 700-square-foot classroom and we use that as an event center where we run professional development days; or have the local school districts hosting their principal meetings. That’s exciting for us. The other big initiative on our end is starting to do more partnering with our competitors, which I think makes us unique. We’re working with some of the largest companies in our space, getting them to work with us on our asset value recovery buyback program or use our facility for white glove services. That’s been an initiative we launched this last year and that’s starting to pay big rewards.”

Going forward, Netka says that STS Education is poised to grow into a hundred, or even a hundred-and-fifty-million dollar company. “We believe that we have a unique niche, not just in what we’re doing, but our typical customer is a smaller school district, so while all of our big competitors are focusing on the top quartile of school districts, we’re focused on the lower quartile, and we drive a tremendous amount of lifetime value out of them,” he explains. “We think that by continuing to focus on the smaller districts that really need someone to do the curation for them, because they have even less help than large school districts, that we can continue to grow. And when we look at why we were able to grow, I think it’s all about accessibility. We return our phone calls; we don’t run from problems and issues; we have a hands-on approach, which suits us well for the education customer we’re targeting. And we’re going to continue to add services, such as becoming an authorized service provider for all the major manufacturers, which will also benefit our customers.”

For Marc Netka and STS Education, it appears as if the days of adversity are over. From here on in, it’s only about the creativity part of the equation.

WHO: STS Education
WHAT: A provider of built-for-education products, services, and solutions.
WHERE: Simi Valley, California
WEBSITE: www.stseducation-us.com 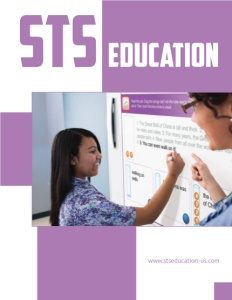