A place to stay forever

Located in the lovely Okanagan Valley of south-central British Columbia, Penticton lives up to its mantra of being an innovative, adventurous waterfront city focused on sustainability, community, and economic opportunity. The municipality is surrounded by two fresh water lakes and rolling mountains, and enjoys over 2,100 hours of sunshine, annually, and only 15 inches of rain. A wide variety of recreational activities, retail services, public education facilities, and a 129-bed acute care hospital are just a few of the advantages Penticton offers its residents, businesses, and visitors. 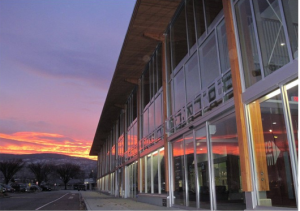 Business View recently spoke with Penticton Mayor Andrew Jakubeit about the plethora of projects on the go in the city. The following is an edited version of that conversation:

BVM: Mr. Mayor, you have a diverse community with unusual challenges…

Mayor Jakubeit: “Yes. Penticton is one of only two cities in the world that is sandwiched between two lakes. To the east we have mountainside, and to the west, the Penticton Indian band – the largest reserve land holder in the province (46,000 acres). That geography limits growth; therefore, building a good relationship with our Penticton Indian neighbors is key. They are a large entity and starting to develop some lands – so, a partnership speaks well for our mutual success, going forward.

“We are an independent municipality in the Regional District of Okanagan-Similkameen (RDOS). Our population is around 34,000; 15 minutes north/south, it’s about 54,000; the entire region is just over 80,000. The hospital is our biggest single employer. In the public sector we have 300 city employees, Canada Revenue Agency has a large office, and the provincial government has several offices here. Manufacturing has the next largest workforce, then trade (retail, construction), tourism, and agriculture. Being in the Okanagan Valley, we have 150 wineries within an hour, five craft breweries, and a few distilleries – libations is becoming an internationally recognized industry on its own. Most of the agriculture is south of us in Oliver, and much has been transitioned into vineyards, but we still have a lot of orchards with apples, cherries, and peaches.

BVM: Do you engage the community in city planning?

Mayor Jakubeit: “We’ve invested heavily in engagement platforms – www.Shapeyourcitypenticton.ca  is the portal we’ve been using, and we have over 2,900 subscribers actively participating online. The good, the bad, and the ugly gets reported to Council. We see a dashboard showing how many people they spoke to, how many surveys were filled out, what was downloaded – it’s no longer just special interest groups dictating what’s happening. We’re using the data to upgrade our Parks & Recreation Master Plan, which hasn’t been done since 1993, and our Official Community Plan. Memorial Arena is a big issue, as are parking, utilities, and waste water. The feedback has been very beneficial.

“This is year three of record development and it’s been exciting to drive around town and see all the cranes and activities. Everything from apartment buildings to duplexes, carriage houses, multi-family, large industrial buildings. Our hospital is undergoing a $312 million upgrade that will be structurally complete at the end of 2018, and physically open a year from now. That investment is a huge boost to our economic development, creating a lot of jobs over the past three years and, once open, it will improve health services to our aging communities. There will also be a training center for the University of British Columbia doctor and nursing programs. Hopefully, this new expanded medical facility stimulates a significant amount of health-related offshoots, as well.

“We recently announced that B.C. Housing has partnered with local company, Metric Modular, in building another 52 units of modular housing to deal with homelessness. The project is addressing housing needs up and down the province and creating major employment opportunities for businesses such as Metric Modular, which has grown from 18 employees to more than 100 and hopes to be at 150 later this year.”

BVM: Is downtown revitalization a priority? 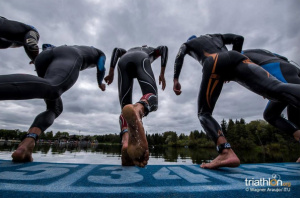 Mayor Jakubeit: “It is. Over the last couple years, we’ve done downtown revitalization in the 100 and 200 blocks, and now the 300 block; replacing 60-year-old underground pipes and enhancing the pedestrian experience with wider sidewalks and cosmetic upgrades. We’ve invested about $14 million in downtown revitalization, which has translated to about $50 million of private sector money in new residential and commercial buildings and renovating. We did the main street cosmetic upgrades and property owners kicked in 25 percent of the improvement cost. So, they have some skin in the game.

“It’s cost about $2.2 million per block; $1.7 million in core infrastructure upgrades and $480,000 for beautification. In the 300 block, property owners are contributing $300,000 and the other $180,000 comes from the city. We were able to leverage dollars so that was one of the reasons we approved it. Downtown is right by the water, it feeds into our parks, it’s where we gather as a community – a destination where we want people to work, live, and play.”

BVM: What’s in the future for Penticton, the ‘hockey town’?

Mayor Jakubeit: “Memorial Arena is a 66-year-old building with a lot of hockey history. The 1955 World Champion Penticton Vees played out of here, and we’ve always had very storied junior hockey team success. Grandparents and parents are now taking kids to play hockey, so there’s a lot of sentimental, nostalgia value. To decide its future, we created a task force that suggested building another twin sheet arena, alongside our state-of-the-art, South Okanagan Events Centre. That campus already has two rinks plus Memorial Arena. Once the new arena is built, we’d transition to a dry floor surface in Memorial Arena to preserve that building and accommodate other user groups that are limited due to the predominance of ice users.

“The Okanagan Hockey Academy is an international company headquartered here in Penticton that generates just shy of $20 million per year in economic impact. Training their eight teams takes a lot of daytime ice time. Most communities don’t need four arenas, but with the hockey school it makes sense. The federal government just offered us a $6 million grant toward the Memorial Arena project, contingent on us getting the other financing in place within a year. That’s where we are now, redefining the business model and financial information to determine how to fund a $32 million project, as planned.”

BVM: What initiatives have you done regarding infrastructure and sustainability?

Mayor Jakubeit: “We have an asset management plan, and part of our commitment to dealing with the infrastructure deficit is heavy investment in GIS mapping to get our whole infrastructure, including pipes in the ground, electrical grid, etc., mapped with upgrades and maintenance. So, you can click on a pipe anywhere in the city and know when it was installed or repaired. We still spend $16 million per year on capital projects dealing with infrastructure; it’s a never-ending challenge.

“We’ve been doing a lot of work on our creeks and waterways, partly because of high water over the past year. Ellis Creek in the downtown core received major upgrades, including a thousand-foot showcase piece right by one of the bridges and walking trails, so people can see what a rehabilitated creek looks like. It was formerly channelized with a concrete creek bed and now it’s a naturalized walk and very picturesque.

“We’ve also applied to the federal government for a smart grid grant for putting solar panels on city facilities, upgrading wastewater pump controls with a smart controller to regulate power consumption, and upgrading a diesel stand-by generator for peak load generation. These initiatives reduce costs, as well as greenhouse gases.”

BVM: What else would you like people to know about the City of Penticton?

Mayor Jakubeit: “CFIB consistently ranks us as one of the most entrepreneurial cities in Canada, we’ve been nominated several times for Open for Business Awards, and we’re very cognizant of creating an environmentally-friendly and business-friendly community. We’re always looking inward for improvements to make us a more efficient organization that’s not bogged down with red tape and bureaucracy. That’s a benefit for everyone who lives, visits, and does business in Penticton.”

Check out this handpicked feature on Bartow, Florida – Room to grow.

WHERE: In the Okanagan Valley of the southern Interior of British Columbia, Canada 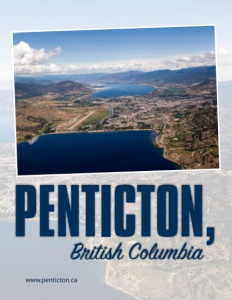