Clean and GreenInterviewsJuly 2017Past Issues

Green Marine – By and for the shipping industry 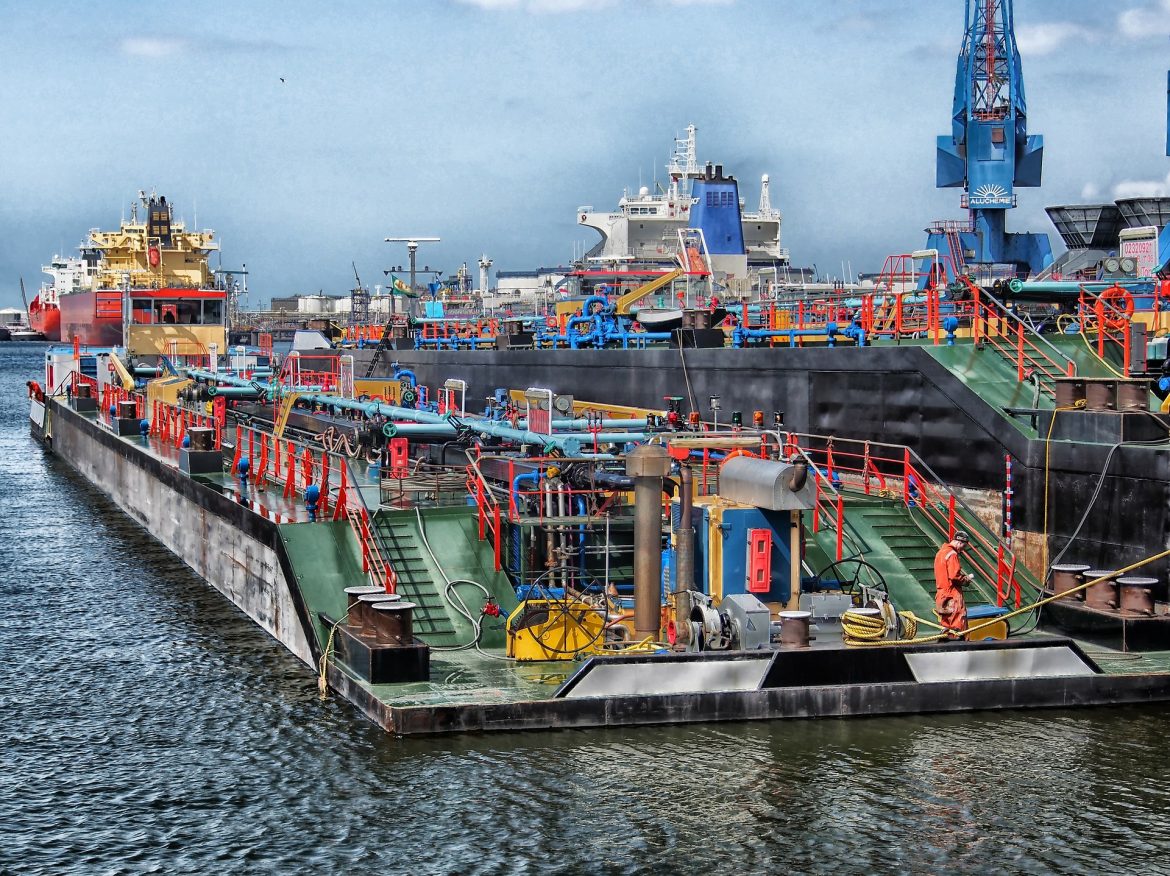 Green Marine is an environmental certification program for the North American marine industry. Launched in 2007, its participants are ship owners, ports, terminals, and shipyards. It is a voluntary, transparent, and inclusive initiative that addresses key environmental issues, and makes it possible for any marine company operating in Canada or the U.S. to reduce its environmental footprint by undertaking concrete and measurable actions.

To receive their certification, participants must benchmark their annual environmental performance through the program’s exhaustive self-evaluation guides, have their results verified by an accredited external verifier, and agree to the publication of their individual results.

Green Marine has more than 60 official supporters, and a pivotal element of Green Marine’s success, from the outset, has been the active support from environmental stakeholders and governments, several of which participate in shaping and reviewing its environmental program.

Recently, Business View Magazine spoke with Green Marine’s Executive Director, David Bolduc, who talked about the program, how it came to be, what it does, and what its value is to North America’s maritime industry. The following is an edited transcript of that conversation:

BVM: David, can you begin by recounting the genesis of Green Marine? What prompted its founding? And how has it evolved since then?

Bolduc: “Maybe you’ve heard about the zebra mussels in the Great Lakes – the invasive species that was introduced through ballast water? This prompted a media crisis for the marine industry in the Great Lakes back in the early 2000s. Suddenly you would see, in the mainstream media, calls to close the St. Lawrence Seaway. So, the social license of the maritime industry was at risk and there was a group of CEOs who got together and realized that they needed to be more proactive in making everybody know what the industry was doing with regard to the environment.

“That prompted the creation of this program, and I think it was a good call because, instead of taking the decision to establish a communications campaign, which could have been accused of ‘greenwashing,’ they decided, instead, to create this long-term, sustainability program, where there would be specific goals and actions that would be evaluated and rated, so that it would be possible to demonstrate that the industry was serious about improving its environmental performance.

“And one of the things that distinguishes Green Marine is that it’s a partnership. It was created in collaboration with environmental groups, governments, and scientists. So, I think it’s pretty unique as far as similar environmental initiatives go for the maritime industry. Also, it was meant to be non-sector specific; the goal was to cover the entire industry. That’s why, in this program, you have shipping companies, ports and terminals, even shipyards.

“Initially, it was only intended for the Great Lakes and the St. Lawrence region, because that’s where it was created and where the invasive species was a really huge issue and one of the most important that we addressed immediately after the program was launched. But there were other environmental issues addressed in the program, as well – air emissions, cargo residues, oily water.

“At first, the approach was very regional, even though it was bi-national right from the start – Canada and the United States. After a few years, the program proved to be extremely successful; it was vetted by environmental groups who thought that this was a serious program which they could support publicly and formally – the same with the governments. And so, in 2010, we stared seeing companies and ports from outside the Great Lakes and St. Lawrence wanting to have the certification, as well.

“In 2010, our first port from outside the region was accepted in the program – the Port of Prince Rupert on the west coast (of Canada), and the decision was made to open up the membership to any company or port operating in Canada or the United States. And, since then, the program continued to be very successful; we started with about 30 certified companies and ports in 2007, and we now have almost 110 in all regions of Canada and the United States. Green Marine is incorporated in both countries; we have an office in Seattle as well as the main office, here in Quebec City.”

BVM: How do you explain to those who haven’t yet become a member, the value of doing so?

Bolduc: “There are many good reasons to join a program like this one. I think the first and most important one is to invest in your social license. We saw what happens when you don’t – you become at risk – a bit like what happened with the zebra mussels in the Great Lakes. You need to show that you are taking steps; that you don’t do business the same way it was done in the 1970s, for example, and that sustainability is being considered at the highest level in your company. So, by implementing a program like this one, where you have to follow a process, and publish your results, this is an investment in your social license.

“There are other reasons, as well. The program was tailor-made for the maritime industry, instead of being a third-party program coming from people who are not really involved in its day-to-day operations. It was made by the industry for the industry, and it is still managed by the industry – the Board of Directors of the Green Marine program is made up nine CEOs of nine participating companies, representing the different sectors: ports, terminals, and shipping companies. It was really built by the companies, themselves, so it’s very focused on specific actions. For a company, it can mean a great deal to have this roadmap of environmental actions to implement, instead of investing in consulting firms that can be very expensive. This program represents a consensus in the industry about the main environmental issues and what you should do about them. So, it’s very cost-effective in that regard.

“Also, Green Marine is a not-for-profit organization so the membership fees are kept low. The program also offers communication tools so that companies can promote and showcase what they’re doing for the environment. That was another reason behind the creation of this program. You already have many companies doing a lot of great things in addressing environmental issues, but nobody knows about it. So, this is something we offer – a logo and a brand that is recognized. We also have a magazine and a newsletter. We reach people, not only in the industry – and that’s an important thing – but we’re being followed and read by a lot of environmental groups, research centers, and governments. That’s another interesting aspect of the program.

“On the ports side, we rate terminal operators, independently of the ports. So for a port authority, the Green Marine program can become a government’s tool by encouraging their tenants to start implementing sustainability actions, in a voluntary way, individually, so they don’t have to manage everything, themselves.

“That’s a couple of good reasons to join a program like this one. And again, the difference from some other programs is its very high level of credibility and transparency.

BVM: What is the size of the staff and what are their main priorities?

Bolduc: “We are a very small, efficient team of five people. We have one Director, three program managers who support our participants with the whole process of certification – implementing the program but also developing it. We also have a communications manager, working more on the marketing aspect of the program.

“Since it was launched in 2007, we’ve added several environmental issues that we address, for example: waste management and, more recently, water noise. These were things that were not there at the beginning. But developing these new performance indicators where companies are rated on their performance takes time. And the way we do it is very inclusive. We meet with working groups, where any participant in the program can get involved if they wish, and we involve the other stakeholders, as well.

BVM: Is there anything new on your agenda that might alter the way Green Marine functions?

Bolduc: “Yes, we are in the process of working on our strategic plan with the Board of Directors. And one of the most important questions that we are asking ourselves, right now, concerns the international possibilities. This program is very successful; a lot of companies and ports put a very high value on this certification, and we are getting requests from companies and ports from outside North America. So that would be a big step for us. We don’t want to lose our focus on North America, so it’s an important strategic decision to decide, or not, to allow other companies and ports outside North America to get their Green Marine certification. So, we need to think carefully of how we do this if we decide to do it.

“Other than that, we keep developing the program; we keep adding environmental issues that are important to the industry. So, for the near future, we plan on working, for example, on ship recycling, and on social license for port authorities. We plan on adding more metrics, like being able to calculate the number of tons of GHGs (Green House Gasses) that were reduced over the years thanks to the program.”

BVM: How do you reach out to, and stay in touch with, your members?

Bolduc: “The conference is our main tool to stay in touch with our members and be able to see them face-to-face. This is an annual conference – every year in a different city. It will be in Florida, this year, for the first time. We’ve been to Montreal, Toronto, Chicago, Seattle, and Vancouver, for example. But we also have a lot of working groups and advisory committees. Some of them are face-to-face; others are on the phone because of distance. We also have regional offices – one in Seattle, that I mentioned, and one in Halifax. That helps cover more ground.

“Sometimes we have a critical mass of members in one region and usually we try to create an advisory committee there, and have face-to-face meetings. So, this is one thing that I hope will be happening, soon; we are seeing more and more members, now, in the southern United States, on the Gulf Coast, in Florida. Hopefully, we’ll be able to create an advisory committee there and maybe, eventually, have an employee in the region.”

BVM: How do you see the landscape for the industry, as a whole, over the coming decade, and how will Green Marine continue to be an important program for those people who participate?

Bolduc: “Sustainability and environmental issues are not going away. And if there’s more business and industrial activity, and more people on the earth, pressure on the environment is there to stay. A lot of people are asking for cleaner air, cleaner water, and in the long-term, we want the business to grow, but we want it to grow in a sustainable way. So, this need will remain – for communities, especially.

“Sometimes, maybe, you lose sight of the global issues, but you never lose sight of the local issues. For example, communities living around large ports will continue to see, close-up, the impact of this industrial activity; and they will continue asking the ports and companies to continue growing their businesses – because it’s beneficial for their prosperity – but to do it in a sustainable way. And I think that Green Marine will be even more important in the future, because it’s a new way of conducting business. That’s how I see it.”

WHO: Green Marine
WHAT: an environmental certification program for the North American marine industry
WHERE: Quebec, Canada
WEBSITE: www.green-marine.org 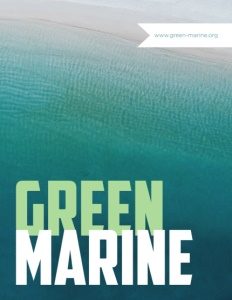