“The big part about auto dealerships is: you don’t get another one, unless you’re doing well in one. . .” That truism was recently voice by Mike Shum, General Manager of Toyota of Sunnyvale, and a Partner in the Price Simms Auto Group. And Shum should know. He has seen PriceSimms grow from one struggling Toyota store, to a network of 14 successful auto franchises spanning 21 auto manufacturers’ brands in 11 different locations throughout the San Francisco Bay area and Northern California.

The Price Simms success story begins with the partnership of Tom Price and Adam Simms, two auto industry veterans who decided to purchase a Toyota dealership in Sunnyvale, Calif., in 2003. Price began his career working for the Ford Motor Company and a San Francisco, Lincoln-Mercury store, before buying an Oldsmobile dealership in 1976. Over the next several years, Price grew First American Automotive into a 30-dealership enterprise with a revenue of $1.6 billion. In 1991, the company merged with Sonic Automotive, America’s third largest automotive retailer. In 2001, Price sold out to a group of investors, re-establishing his entrepreneurial independence.

Before partnering with Price, Adam Simms had served as a District Sales Manager in Jim Moran’s Southeast Toyota organization. He later became a Vice President at AutoNation, the Hall Auto Group, and the Walser Auto Group. Adams also was an early believer in the power of the internet to sell automobiles. He founded two innovative businesses: iMotors.com, the industry’s largest online used vehicle marketing and sales organization, and Responselogix, a technology company focused on internet lead-response and ongoing follow-up solutions. 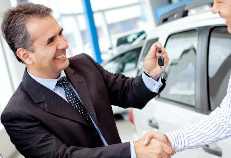 In 2003, Price and Simms joined forces and purchased a poorly performing – ranked 33rd out of 58 stores – Toyota dealership in Sunnyvale, when its owner decided he was better off selling than investing more money into the business. Over the next four years, under Price Simms, that mediocre Toyota dealership went from 33rd in volume to number one in northern California. That achievement was repeated three years in a row, something that had never been accomplished before.

Shum picks up the narrative: “So we took all of the processes and systems and things that we do differently than everybody else, which at the time, was a very huge focus on selling cars in the digital world.” In addition, the PriceSimms team also developed a direct sales department, “sort of a one-stop-shop” for the consumer. Shum explains: “Sixty-five percent of the volume that’s delivered out of this store is through someone that takes your email lead, your chat request, or your phone call, and handles the transaction from start to finish. You only have to deal with one person who will quote your pricing, quote your interest rate, payments, terms, find you the car, and deliver the car. It’s a transparent process of transacting upfront. That really propelled us into becoming that largest selling store.”

Buoyed by the dealership’s success, Price and Simms decided that they would look for opportunities to expand. They already had a proven system that had sold a lot of cars; they also had many trained employees who were eager to move up from their sales manager positions and become general managers of their own stores.

But, according to Shum, the real question was: ““Would we be able to duplicate that kind of success? The big part about auto dealerships is you don’t get another one, unless you’re doing well in one, because they all want to check your references. But because of our innovations, our transparent business model, our value pricing and inner-value system, we’d gained a lot of respect and it’s created all of these opportunities for different manufacturing lines.” 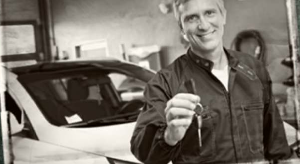 they were able to get a Ford store that was recently closed down. They built a brand new Mercedes store in Fairfield, and opened that franchise. And then, in the next several years that followed, we’ve added 11 franchises – two Nissan stores, an Infinity store, a Volvo store, Land Rover/Jaguar, opened a McLaren franchise, a new Hyundai, and, the most recent, a Chrysler/Jeep/Dodge Ram store in Marin. So now, there are 11 different locations, 14 different franchises, and it all came out of this one location.” In addition, five of the new stores are being managed by former PriceSimms sales managers.

Today, the Price Simms Auto Group has 800 employees, and its goal is to open 10 more franchises over the next 10 years. “If we’re able to build general managers and take people through our system, and our culture, and our values, and grow them from a dealership perspective, then you can go ahead and make the investments and get those opportunities that are out there – because there is always some type of opportunity. The key is you need to have the personnel to put into those places, so we’re very, very focused on the internal aspects of our business, which is the training, the engagement levels – the growth of leaders, not just managers.”

Shum believes that today’s car buyers are the best informed that they’ve ever been, and that that’s a good thing. But it also means that the old way of selling cars is obsolete, since consumers can easily access automobile prices, shop for interest rates, find out about extra equipment and add-ons, etc., because all that data is readily available. And so, PriceSimms dealerships make everything completely transparent to the consumer. They even provide them access to their own data, which gives them a lot more credibility. Shum says, “We want to remove all the barriers and the obstacles to what a traditional transaction looks like. We want it to feel, and look, and be the way it should be today in any buying situation.”
No doubt, Price Simms will continue to innovate in many ways. Its dealers are increasingly using mobile platforms – iPads and tablets – as tools to respond faster to their customers and help them find and buy their cars more quickly. “The main complaint is that the transaction takes too long. It’s the number one thing they don’t like, I have to solve that, or somebody else will.” Looking ahead Shum foresees a not-too-distant day when people will buy their cars without ever leaving home. “A click to buy, a click to confirm, e-contracting, e-signatures. . .we think we’re going to do more offsite delivery and transactions where we might not even see the customer until we deliver the car.”

The service side of the car business, however, will always be a brick and mortar facility. “You have to bring your car, to the place, to get it serviced. We think that that’s going to, realistically, stay the same. The only difference is that we’re going to be doing a lot more maintenance work than repair. Things are lasting longer – brakes, oil. And technology will continue to improve mileage.”

The Price Simms Auto Group has prospered because of its core values, its pioneering technology, its understanding of current consumer traits and desires, its employee training programs and policy of promoting from within, and, most important, its ability to get its customers the right vehicle at a competitive price. It’s likely that its success will continue well into the future, because they’ve already proven the main thing about auto dealerships: “. . . you don’t get another one, unless you’re doing well in one. . .”

WHO: The Price Simms Auto Group
WHAT: A family-owned group of automobile dealerships with brands ranging from Hyundai to McLaren.
WHERE: The greater San Francisco Bay Area in Northern California
WEBSITE: www.pricesimmsinc.com

CalAtlantic – CalAtlantic, a division of H.B. Brooks International, Inc., is a privately held company incorporated in Sacramento, California in 1988. CalAtlantic is a leader in the security industry. The company designs, engineers, installs, monitors and services clients in 30 states in the automotive, retail, transportation, and supply chain logistics industries. CalAtlantic’s security solutions are easily integrated, minimizing the equipment and expense that is needed to properly secure a facility. The firm has several distinct divisions of services: CalAtlantic Security Solutions, CalAtlantic Communications and Monitoring, CalAtlantic Fire and Life Safety, CalAltlantic Security Services, and CalAtlantic Networks. Its regional offices are located in Atlanta, GA, Houston, TX, Scottsdale, AZ, and Los Angeles, CA.
www.calatlantic.com. 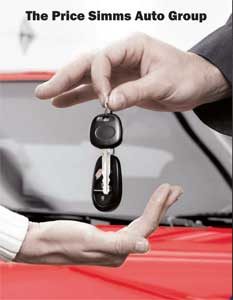