After 50+ years, still leaving the light on for the frugal traveler

It may be hard to believe, but there was a time in this country, and not too long ago, when a night at a good motel cost just six dollars. Here’s how it happened:
It was in 1960, and two real estate contractors from Southern California decided to do what an increasing number of Americans were also doing at the time – taking a cross-country road trip with their families. Why not? Roads were never better, as the country’s new interstate highway system was beginning to interweave itself across the land; cars were bigger, faster, and more powerful than ever; gas was cheaper than milk; and the nation, as a whole, was entering an era of optimism and prosperity. Driving long distances was becoming America’s new way to explore the country. The only hitch that William Becker and Paul Greene experienced as they motored about the landscape was a dismayingly limited choice of consistent, affordable lodging for the average, leisure traveler on a budget. So, as many American entrepreneurs before them had done, they decided that they would solve the problem themselves. They would find a way to create what they, themselves, would have wanted to come across when out on the open road – a clean, comfortable, motel experience at a reasonable price. At the time, it was a revolutionary concept in the hospitality industry.

Dean Savas is Motel 6’s Executive Vice President for Franchise and International Development. He explains the logic behind Becker and Greene’s gambit: “In hospitality lodging there are different segmentations and Motel 6 is positioned in the economy budget segment. As such, we believe in offering price value to our travelers. And from the very beginning, Motel 6 was named because all rooms were six dollars. Although it didn’t offer as many amenities as hotels in the luxury or mid-scale segments, it did offer a clean, comfortable room with great service, at the lowest price of any national chain. And even today, that’s where you find Motel 6 positioned in the hospitality industry.” 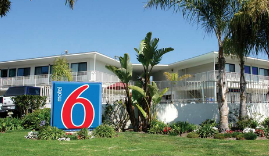 According the Savas, unlike what some other brands have done over the past 50 years, Motel 6 has stayed true to its original brand promise. “Whereas other chains have tried to reposition themselves in the marketplace, such as adding amenities, and changing their business model to where it was more and more expensive [to stay], we’ve always tried to be the best price value option for the frugal traveler.”

For decades, the iconic Motel 6 brand has been the preferred lodging option for a variety of customers including leisure travelers, road trip families, long haul travelers, and business travelers on a budget. Nowadays with all the attention placed on the emergence and purchasing power of the millennial consumer, Savas recognized that the iconic brands continue to be well-positioned to meet the expectations of this group whose members desire a good price-value offering.

In 1997, Motel 6 began to franchise. At the time, the company owned locations in many primary markets in the southwest and along the west coast. And although it wanted to penetrate the secondary and tertiary markets, the conclusion was that the chain’s 100-115 room model would be too big for those smaller locations. So the strategy was to sign up franchisee partners who would be willing to go into those smaller markets with 50-70 room structures. Savas notes that it was a win-win situation: “It presented a great opportunity for them, but from our end, it helped us to go into markets where we had not been before.”

Some of the new franchises were already owned by operators of independent hotels who converted their properties into the Motel 6 brand, and some were built from the ground up, utilizing the company’s successful prototype as a model. The company made sure that its new partners would be successful, although simply being a part of the best-known brand in the economy segment was, in itself, a great benefit. Say Savas, “Whether it’s a hotel franchise or any type of franchise, it’s been proven that when people work with a well-known brand, and they franchise, their degree of success increases tremendously.”

properties and 750 franchises. According to Savas, 40 percent of his franchisees are multiple owners, meaning they have more than one Motel 6 property, but over 60 percent of them own other hotel brands, as well. Savas explains that these experienced owners have properties in the economy segment as well as in the mid and upper segments of the industry, and thus can spread their risk over the different market segments. When times are good, the upper end hotels can make more money, but when times are not so good, and the luxury market is weak, the economy segment can anchor a portfolio with its greater profit margin and more tangible returns.

According to Savas, those franchisees understand that the hospitality industry is cyclical. “There’s a five, seven, ten year span, you’re never sure of where you are in the cycle, but you’re going to be up and down. It’s a trend that’s been going on in the hospitality industry for decades and you have to prepare for it. It’s inevitable. The timing can change, but it’s inevitable.” While the entire industry struggled through the Great Recession, the economy segment was less impacted. Since operating costs there are minimal, when less people come, less money is lost proportionally as compared to the mid and upper segments.

Savas says that even as Motel 6 continues to stick to its primary mission – which is to become the uncontested leader in economy segment – it will not refrain from growing and expanding. Franchise development will continue to be the main vehicle for that growth. In the U.S., its two iconic brands are Motel 6 and Studio 6, which is an extended-stay hotel. In Latin America, the company is seeking partners to franchise its Hotel 6 and Estudio 6 brands, created exclusively for the region’s emerging middle class market. In fact, in late 2014, the company announced the signing of an area development agreement with Latina Promohoteles, a well-known and established Mexican company with plans to build up to 55 properties by the end of 2020 in Mexico. Savas also said that G6 Hospitality is considering other Latin American countries such as Ecuador, Bolivia and Colombia. In five years, Savas would like to see 2500 properties, world-wide – 80 percent owned by franchisees.

In order to get there, Savas explains that the company must stay ahead of the curve and continue to be relevant by making sure its locations offer what guests want. For example, social areas in hotels, where people can meet and interact, are becoming more important, he says. So is the need for advanced technology and excellent Wi-Fi service.

But Savas is very optimistic about Motel 6’s future because, as he states, “We’re the uncontested leader in the economy segment, and we are doing everything we can to ensure that our brands meet the expectations of our guests, and our franchise partners, moving forward.”

Motels may not cost six dollars, anymore, but the iconic Motel 6 is still around and still staying true to its mission of being the friend of the frugal traveler. And, oh yes, they still will leave the light on for you!

WHO: G6 Hospitality LLC
WHAT: Owner and franchisor of over 1200 economy lodge locations across the U.S. and Canada
WHERE: Headquarters in Dallas, TX.
WEBSITE: www.g6hospitality.com

Empire Countertops – www.empirefab.com – Empire Countertops is an industry leader in the fabrication and installation of granite, marble, travertine, limestone, soapstone, quartz, and solid surface countertops. In addition, Empire offers an excellent choice of tile for backsplashes, tub surrounds, and wall surfaces. It serves homeowners, remodelers, builders, and commercial project managers throughout Texas and the surrounding states. 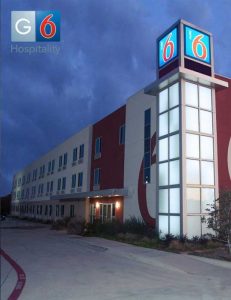