Grimsby is a town on Lake Ontario in the Niagara Region of Ontario, Canada. It is named after the English fishing town of Grimsby in northeast Lincolnshire, England. Grimsby, Ontario was founded in 1790 after a group of United Empire Loyalists settled at the mouth of 40 Mile Creek in 1787. The Village of Grimsby, Ontario was officially incorporated in 1876 and became a town in 1922. 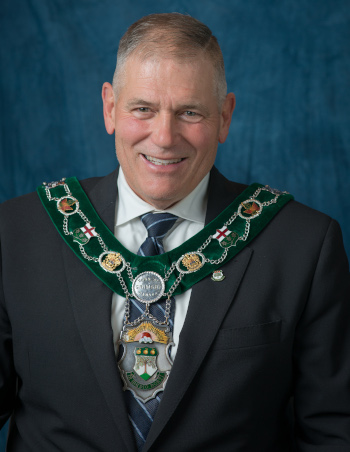 The majority of Grimsby’s residents reside in the area bounded by Lake Ontario to the north and the Niagara Escarpment to the south, known colloquially as “the mountain.” The Niagara Escarpment is a long ridge with a gentle slope on one side and a steep slope (scarp) on the other. It runs predominantly east/west from New York, through Ontario, Michigan, Wisconsin, and Illinois. The Escarpment is most famous as the cliff over which the Niagara River plunges at Niagara Falls. The Escarpment is a UNESCO World Biosphere Reserve, and has the oldest forest ecosystem and trees in eastern North America.

The Town of Grimsby, Ontario has gone through many changes over the years, from being a small rural village to a center for the manufacture of farm machinery, hospital furniture, furnaces, and other metal products, and, later, the hub of the Niagara Peninsula’s fruit-growing industry. Grimsby also had a successful fishing industry which lasted until the 1960s. The Town of Grimsby and the Township of North Grimsby were amalgamated in 1970 with the formation of the Regional Municipality of Niagara. With a number of wineries and distilleries, Grimsby now serves as the starting point for touring the Niagara wine region.

Grimsby, Ontario has a population of around 30,000 and is growing rapidly. Its location – an hour from Toronto, and 30 minutes from the U.S. border – its small-town character, and its many unique features make it a great place to live and do business. In fact, this past August, Grimsby was voted the 2nd best community in Maclean’s Survey of Canada’s Best Communities. (Macleans is a Canadian news magazine, founded in 1905, that reports on Canadian issues such as politics, pop culture, and current events.) The town has 17 community parks, 33 neighborhood parks, and many more green spaces, sport fields, parkettes, trails, and facilities. Three interchanges on the Queen Elizabeth Way highway allow road access to Grimsby from the larger urban centers of Toronto and Hamilton, and in 2021, a new Metrolinx Go Station will open west of, and adjacent to, Casablanca Blvd., with service on the Lakeshore West Line, one of the seven train lines of the GO Transit system in the Greater Toronto area.

Mayor Jeff Jordan says he would like to see Grimsby continue to develop without sacrificing its small-town ambience or its abundance of green spaces, and in a manner that preserves the town for its future residents. For example, when the new Go Station opens, he notes that the town council will work to develop the area around it “as a viable community, developed with green practices and the latest technology available. The construction we’re looking at is to think outside the box and really build something that’s going to be here for a long time. We have a significant portion of the Carolinian Forest, which is basically the largest remnant portion below the escarpment in Niagara. It’s something that council believes in preserving and we want to work with the Go Station and the Casablanca corridor to keep it preserved.”

“We’ve started to develop our waterfront just across the Queen Elizabeth Way Highway from this location and we do have an extensive waterfront trail,” he adds. “We’re trying to have restaurants and a commercial aspect in the development along the lakefront so the community will have access to their lakefront as much as possible, and certainly, council wants to promote that.” In addition, plans to revitalize Grimsby’s downtown core include more options for pedestrians and the preservation of its historic heritage buildings. 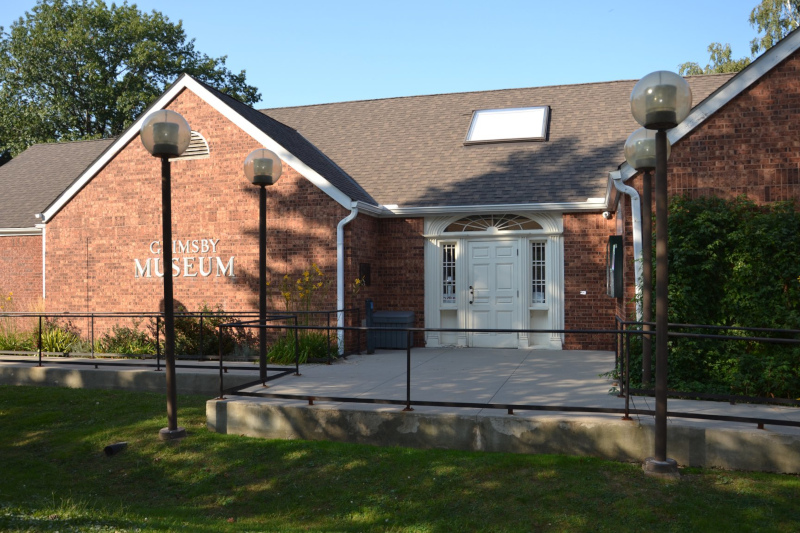 Other projects on the mayor’s agenda include rebuilding the West Lincoln Memorial Hospital.  “The hospital is over 60 years old,” Jordan reports. “And I was born there 57 years ago. The province has already announced that it’s in their plans, and what we need from the province is the actual start date to get shovels in the ground. That will kick-start funding for this direly needed project.” Jordan adds that the hospital expansion will also strengthen the current partnership between it and the McMaster Teaching Hospital for Rural Medicine. “That hospital has a number of student doctors studying rural medicine. Some of them stay in our community and others go back to their rural communities. Our OBS department is very robust. There were almost a thousand births in 2018. That’s a very significant number for a small community hospital.”

“Another project is the Grimsby Pier,” says Jordan. “It’s in disrepair and I would like to see it get back to its glory days.” Grimsby Pier, at Grimsby Beach on Lake Ontario, was a docking station where ferries from Hamilton and Toronto used to provide daily service for the town during the first half of the 20th century. Grimsby Park, itself, first opened in 1846. In 1910, Harry Wylie purchased the park to build carousels, a motion picture theater, and a “Figure 8” roller coaster. Canada Steamship Lines bought the park in 1916, but its popularity fell after fires consumed many of its wooden buildings. From the 1920s to the 1950s, park attractions gradually closed and developers bought up land to build cottages. Today, Grimsby Beach is still a place where the town’s residents and visitors can boat, fish, walk, and admire the sunset.

Going forward, Jordan says that the Grimsby Economic Development Committee is working to attract more businesses to the community, especially institutional or tech businesses that can take advantage of several nearby colleges and universities. “My vision is to expand Grimsby, but do it the right way, so it’s much more of long-term plan than short-term thinking,” he says in conclusion. “It’s a unique place to live because even though we’re growing in population, we’ve still been able to maintain our small-town character. We have a relatively rural atmosphere but with all the amenities of city living with greenspace right at our doorstep. I want Grimsby, Ontario to utilize its full potential and do the best we can to be cutting edge, to be thinking far ahead in infrastructure and building techniques, so we can be proud for the next multiple generations.”

WHERE: the Niagara Region of Ontario, Canada