Business View Magazine interviews representatives from Rocklin, California, as part of our focus on best practices of American cities.

Rocklin, California is a city in Placer County, located approximately 22 miles northeast of Sacramento. Historically, residents and visitors were brought to the area by connections to the transcontinental railroad and the abundance of granite that helped give Rocklin its name. Today, Rocklin is a fast-growing metropolis of 70,000 with top-rated schools, a highly educated workforce, median incomes well above the state average, exemplary safety stats, and easy access to first-class business and recreation opportunities. Rocklin is home to several large multinational corporations, retail outlets, and two colleges, and is working hard to upgrade its infrastructure and amenities in an attempt to attract new businesses and residents. 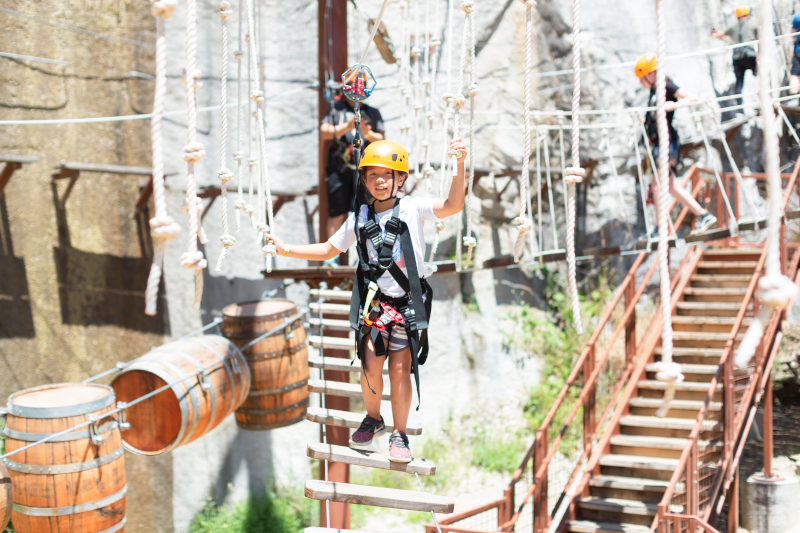 One of the more intriguing amenities is the 20-acre Quarry Park – a central gathering place and picturesque setting for community events, concerts, and active play. One of its most exciting features is Quarry Park Adventures – a one-of-a-kind outdoor experience built into and around what was once one of the largest working granite quarries in California, the Big Gun Quarry. The park utilizes the huge quarry’s sheer walls, the quarry floor, the quarry rim, the two-acre lake, and even the 60-foot-high waterfall.

“Adventure Operations was contracted through the City of Rocklin to manage the beautiful Adventure Park at Quarry Park,” explains Christa Campbell, Director of Sales & Marketing for Quarry Park Adventures. “The Park is owned by the city, but we run the operations – we hire, we market, we manage.” The Adventure Park consists of several different offerings: Aerial Adventure, Rock Climbing, Via Ferrata Wall Walk, Free Fall, Zip Line, Rappel, Kidz Kove, and Paddle Boats. “We have adventure options that fit the littlest of adventurers all the way to adults and active seniors.”

“Consumer spending trends have changed,” Campbell continues. “We’re witnessing a generation that is driven towards experiences versus material items and the city has been innovative in making that a priority. Quarry Park Adventures provides not only visitors, but Rocklin residents, an experience like no other.”

Quarry Park is also part of the city’s strategy to draw more development to its downtown. “Quarry Park Adventures isn’t just about an amusement park or zip-lining in a historic quarry,” Rocklin Mayor Joe Patterson reveals. “The whole concept behind Quarry Park Adventures is to revitalize our downtown and create a stable economic base. It’s about bringing foot traffic to town, and it has sparked interest from various businesses in the development community.”

City Manager Steven Rudolph elaborates: “On this property, in addition to the Adventure Park, is an amphitheater that seats 1,800 people. We’re currently in negotiations with a private entity to manage it, in order to maximize the amenity’s benefits and bring in more acts. We’re also in negotiations with Brentwood Developments, a private developer, to build a multi-use project on five acres adjacent to the adventure park. The project will include a public market, multiple restaurant venues, and loft space. Quarry Park, the Adventure Park, and the private development will encompass approximately 25 acres of active entertainment and dining in the center of our community, revitalizing a huge part of the historic downtown area.”

Another area of Rocklin that’s ripe for reimagining is a former golf course that was acquired by the city. “It’s now known as Sunset Whitney Recreation Area,” says Rudolph. “It’s 184 acres and it’s in close proximity to another 120-acre city park. We think this jewel, right in the middle of the city, is going to set us apart from neighboring communities. Think about Golden Gate Park in the middle of San Francisco, or Central Park in New York City. On a smaller scale, I think Rocklin will be the beneficiary of a similar vision. In September, we opened a passive area of the property for walking, hiking and running. And over the next year, we’re looking to add a cross-country trail, and then a more robust master plan process will follow.”

In addition, Rocklin’s two colleges are planning to expand. William Jessup University, a four-year, Christian, liberal arts college, which has been in Rocklin for 15 years, is poised to enroll more international students. “They are going through some huge growth spurts,” says Rudolph. “Sierra College, which is a community college also within the city’s boundary, just passed a $350 million bond, and they are launching a multi-year expansion and renovation project. They’re taking their current facilities and making them state-of-the-art, and they anticipate a growth in their student population over the next several years, as well.” 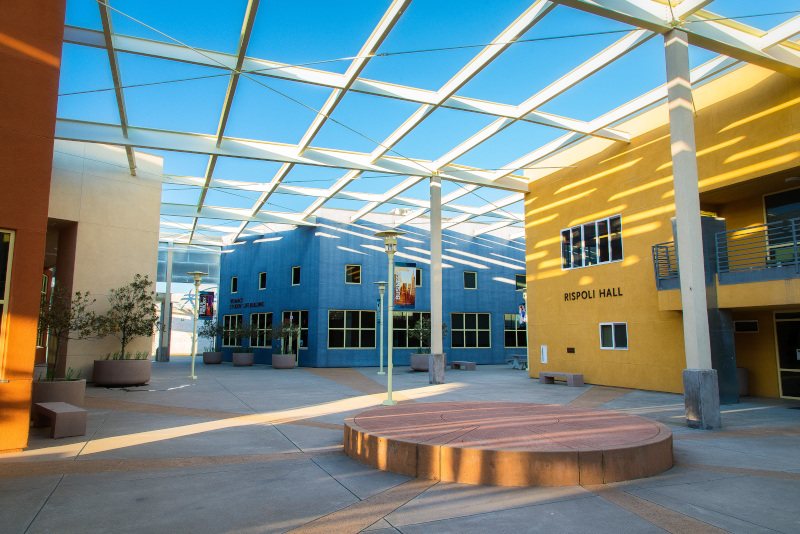 Rocklin has also used public investment in infrastructure to spur development in northwest Rocklin, one of the last major areas with large parcels of undeveloped land in the city. The city provided the bulk of the funding for an $11.3 million highway interchange to increase access to nearly 200 acres of land for development, which has the potential to create approximately 2,000 jobs in the area. This infrastructure will help Rocklin continue to attract employers and capture the purchasing power of the region through access and ease of mobility.

“Rocklin is expected to be a net job center when we reach buildout in the next couple decades, which means more people will commute to Rocklin for work, rather than from it,” Patterson said. “But we aren’t just waiting for businesses to come to us. We’re making investments in public infrastructure, now, because we want to create a turnkey area for a major business to locate, especially along our Highway 65 corridor.”

Rocklin was recently named to a national magazine’s top 100 places to live in America, one of only four California cities to make the list. The city’s value is found in its mixture of first-class business, retail, and recreational opportunities often offered by larger cities, in combination with neighborhoods that maintain their sense of community and small-town values.

“Many communities tout that they’re a great place to live, work, and play, but I think we’ve really been able to achieve that,” Rudolph states in conclusion. “Rocklin is a community that is safe with a low crime rate; we have amazing schools with options between public, private, and charter; we have world-class recreation opportunities; and you don’t have to stray very far for any purchases that a family may make. Rocklin is also centrally located between Lake Tahoe, San Francisco, and the Napa Valley, right off of I-80 and Highway 65. So, it’s really a great place to run a business as well.”

WHERE: Placer County, northeast of Sacramento