Business View Magazine interviews representatives of Palm Bay, Florida for our focus on Sustainability and Infrastructure in U.S. Cities

Despite 2020 being a challenging and unpredictable year due to the Coronavirus pandemic, the ‘global picture’ of Palm Bay, Florida suggests the kind of solid growth that happens only under the right leadership and favorable economic conditions. Suzanne Sherman, Acting City Manager, says the City of Palm Bay is on a path to reinvent itself; to reestablish its position as a leading community on the Space Coast.

“We’re cranking ahead in all aspects,” says Sherman. “Whether you’re talking about how we conduct internal business as a government, as an employer of the City; whether you’re talking about the residential component, multi-family and commercial building, or the corporate groups in our community, we’re firing on all cylinders. We’re building a firm foundation to become a more mature city. One that can shed some of the old stigma of being a bedroom community .” 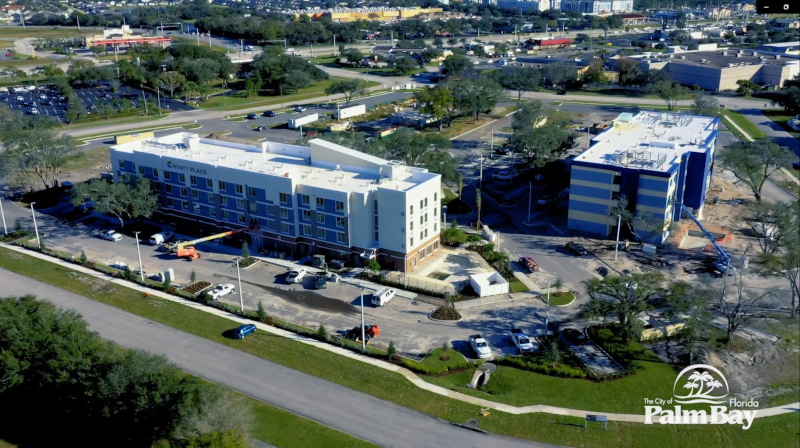 The City’s Growth Management Department is in the process of updating the goals and policies of its Comprehensive Plan – the City’s master land use plan – to chart a course for growth and development over the coming decade, and to ensure that Palm Bay doesn’t lose momentum as an economically viable, livable, sustainable city. “It’s long overdue,” admits Joan Junkala-Brown, Director of Community and Economic Development. “We’ve received a lot of rezoning applications and a lot of future land use amendments. That tells us that the current zoning districts don’t serve the needs of the development community.” The Comprehensive Plan amendment process encourages responsible zoning and development within Palm Bay and ensures transparency relating to zoning and land use through community engagement, seeking input from residents, property owners, and key stakeholders.

Sherman states that the City is focused on resetting the mission for the City’s future, “We’re only 40% built out in terms of landmass. That’s obviously starting to change as we get all this new development, but we’ve still got ample space. Folks that want to develop would prefer a more streamlined process. That’s critical to the success of most businesses. So we’ve been rebuilding our team internally, adding staff and staffing the right people in the right positions to make sure that businesses feel welcome and that they can join their vision with the City’s.”

In November 2018, the residents of Palm Bay approved a road bond referendum to fund a series of repaving projects citywide, known as the GO Roads Bond Program. In May 2019, the City Council approved a preliminary $50 million draw from the $150 million fund for Phase One of the project, which is now complete, and an estimated $44.1 million for Phase Two currently underway. When complete in fall of 2024, Palm Bay will have made over 200 miles in road infrastructure improvements.

Palm Bay’s current population sits at around 119,000. All the projections indicate that will rise as the City’s residential real estate market continues to boom and business relocations and expansions further bolster the housing sector. “Historically, we’ve had a lot of vacant lots scattered throughout the city,” admits Sherman. “Someone buys a lot, builds a house, and then the next five lots next to it remain vacant. It’s been that way for a long time. But now, we’re starting to see a lot of infill development on those individual lots. Builders are seeing the roads being paved and it’s spurred a lot of activity.” According to Sherman, another key factor in Palm Bay’s accelerating housing market are the larger sized lots that have become available since the road improvements. She notes, “They’re sized for a range of subdivisions. It could be hundreds of homes. It could be 20 or 30 homes. But they’re all being developed and we’re seeing that happening in all quadrants of the city, so that’s exciting.” 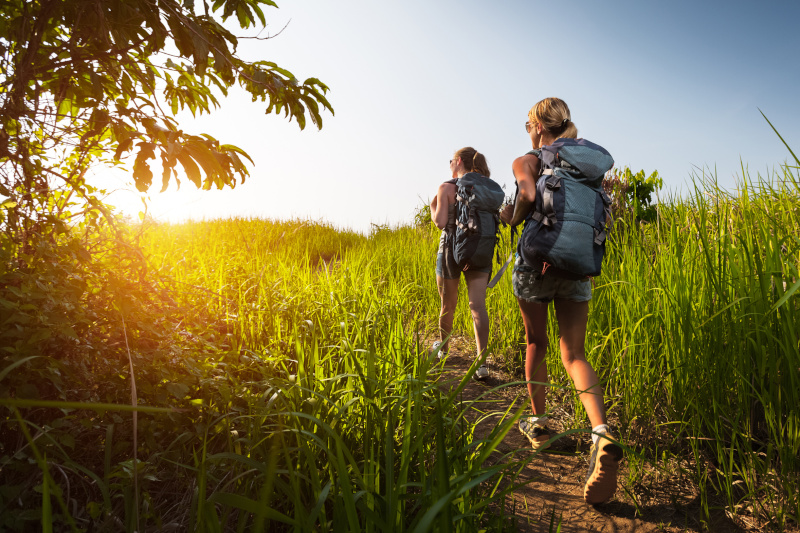 This past summer, the City of Palm Bay held a ribbon-cutting ceremony to celebrate the completion of a new segment of the St. Johns Heritage Parkway. The Parkway, intended to serve as an alternative beltway for the western portion of the city, promises to reduce travel time and traffic, as well as provide residents with additional access points for critical emergency evacuation routes. Sherman recalls, “A few years back, the City completed the first segment of the Parkway within city limits. That was on the northwest section. Last August, we completed one of the furthest south segments. That’s important because it connects to I-95 via a new interchange funded by the Florida Department of Transportation. With the opening of the interchange and the Parkway in the south part of the city, we’ve cleared the way for one of our biggest and most interesting developments: Emerald Lakes.”

The concept for Emerald Lakes is a regional activity center, like what you’d find in a major metropolitan city, common in South Florida. Largely visible from Interstate 95, this major mixed-use development proposes 2.8 million square feet of mixed-use professional office, retail, institutional, medical and research facilities supported by 3,760 housing units.  Now that the interchange is open, the City is working with the developer on  development agreements and the developer is beginning to secure letters of intent with retailers, hoteliers and other end-users.

Preliminary site plans for Emerald Lakes have already been given the stamp of approval, which includes a Crystal Lagoon. “We’re talking about acre upon acre of Caribbean-blue crystal waters,” says Sherman. “Think of a pool, but multiply that several times over. I can’t possibly do it justice. It’s a large Crystal Lagoon surrounded by multi-family commercial and residential buildings, plus a hotel. It’ll be almost a city unto itself when it’s fully built out.”

Creating a “downtown district” in the City’s Bayfront area, which encompasses the City-owned Pelican Harbor Marina at the mouth of Turkey Creek off U.S. 1, is also in the cards for the City of Palm Bay. “The City and the Bayfront Community Redevelopment Agency own about 7.5 acres of waterfront marina property in the Bayfront,” Junkala-Brown explains. “This past year, we’ve secured a commercial real estate broker who is actively presenting our marina property to developers for commercial waterfront and retail. We’ve had a lot of interest. Ideally, this would be the catalyst for what would potentially be a downtown commercial waterfront district.”

Sustainable stormwater management rounds out Palm Bay’s revival as a City rebuilt around practical, community-minded growth. Sherman describes theirs as a formalized approach: “We’ve strategically aligned our stormwater projects to be stormwater improvements. I’m talking about replacing older pipes, updating the infrastructure, those types of things. All those projects are lined up to happen in advance of each segment of road paving under the GO Roads Bond Program. The priority is those projects that lead the way to making the stormwater system underground safe and ready for road resurfacing.” The City has already contracted over 300 culvert pipe replacements in southwest Palm Bay.

“I’m especially glad to say that we’ve been able to address most of our long-outstanding culvert replacement projects and that means a lot to the folks, locally,” Sherman shares. “There were roads that we had to close years ago because a significant portion of a stormwater system had failed, and the City was unable at the time to put the money together to solve the problem.” Junkala-Brown describes 2020 as “a stellar year” for Palm Bay in terms of creating change and facilitating development in the City and she looks forward to what the future will bring, emphasizing, “I can’t wait for what 2021 is going to look like.”

WHERE: Largest city in Brevard County, situated on the Indian River Lagoon