Southern hospitality at its finest

Sitting pretty along the banks of Bayou Lafourche, the charming City of Thibodaux, Louisiana is replete with beautiful monuments recognizing its rich heritage and inviting, lush parks for the nature lover in all of us. As the parish seat of Lafourche Parish, this vibrant community of around 17,000 friendly folks is a hub of local government and commerce and the proud home of Nicholls State University.

Mayor of Thibodaux, Tommy Eschete, reports, “Thibodaux is still reliant on the industry that surrounds Greater New Orleans and Baton Rouge. But the people who live in Thibodaux, although they might drive 45 minutes to an hour to work, want to reside here. We use that old cliché of it being a bedroom community – and it is somewhat – except for the fact that we have a four-year state university here. So when you look at Thibodaux, it’s not so much about industry, it’s more about the southern hospitality and charm, our old plantation homes and a lot of live oaks.”

In many ways, it could be said that NSU is the lifeblood of Thibodaux, but it doesn’t proffer an institutional atmosphere on the community. In fact, as the university has grown, it’s blended in with the aesthetics of the bayou region and the city. Residents like that there are plenty of opportunities for living and doing business, and all the amenities are close at hand, without having the hustle and bustle of a bigger urban center. 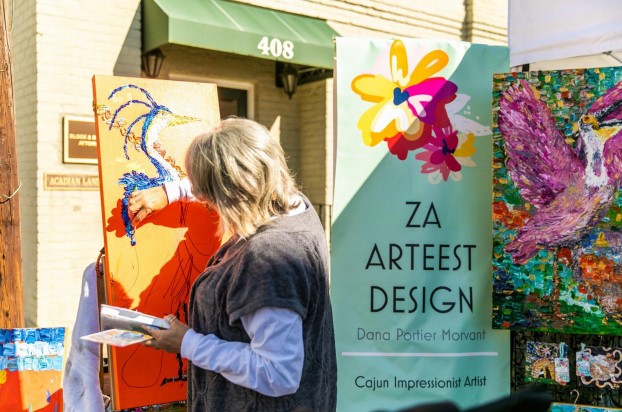 Not surprisingly, the demand has been high for housing in Thibodaux for the last few years and a couple of superior quality residential developments have been built, but the city sets high design standards and isn’t ready to grow just for the sake of growing. Eschete acknowledges, “It is such a desirable place to live and many of the beautiful older homes dating back to the early 1900s have made a transformation into professional offices and the like. While we do have a Walmart and a Lowe’s, most of our other retail outlets and franchises are locally owned. We have restrictions for signage, and comprehensive zoning in our corporate limits, and that’s what attracts individuals to our high-end homes. It keeps us in that desirable, bedroom community atmosphere.”

The city’s major employers are Nicholls State University, and the Thibodaux Regional Health System, which features a five-story, state-of-the-art wellness center – $60 million project. They are now building a $70 million regional cancer center that is slated to be open by the fall. In the agricultural sector, with the sugar industry still being a big part of Lafourche Parish, the John Deere manufacturing plant keeps its 400 to 600 employees busy producing cane harvesting equipment and other farming implements. The Mayor shares, “To have all those types of facilities inside the city is a very good thing.”

Thibodaux also boasts a wonderful historic district, and the “Old Main Street” downtown area. “We work in cooperation with the Thibodaux Main Street organization,” says Eschete. “The city administers the historic district commission, so we can keep tabs on renovation and maintenance work on those buildings. In the last 20 years, we’ve seen a lot of individuals buying and repurposing older buildings. Today, we still have a mix of businesses there – retail and restaurants. We are the parish seat of Lafourche Parish, so there are a lot of governmental buildings downtown – city hall is there, our old historic courthouse. That’s the place where visitors want to come.”

In another exciting collaborative venture, the city is partnering with the university to get some connectivity from the university to downtown. That project is in preliminary design with the concept of building a walking/biking trail from the university campus to the city center, going through a residential area and upgrading the aesthetics along the route. This would encourage students and faculty to utilize the path, whether it’s walking or biking, from campus to downtown and back. And to give recreational infrastructure for the people who live there, too.

According to Eschete, “The university has really stepped up and they have a state-of-the-art culinary institute (the only one in the state). For a city our size to have a four-year culinary degree available… it brings in students from all over the country to attend that program. The institute is a special part of Nicholls State University, named after renowned Chef John Folse, and it’s geared to the food and beverage and service industry in south Louisiana. A lot of the graduates are placed in high-end restaurants across the country. So it’s been a very successful program.” 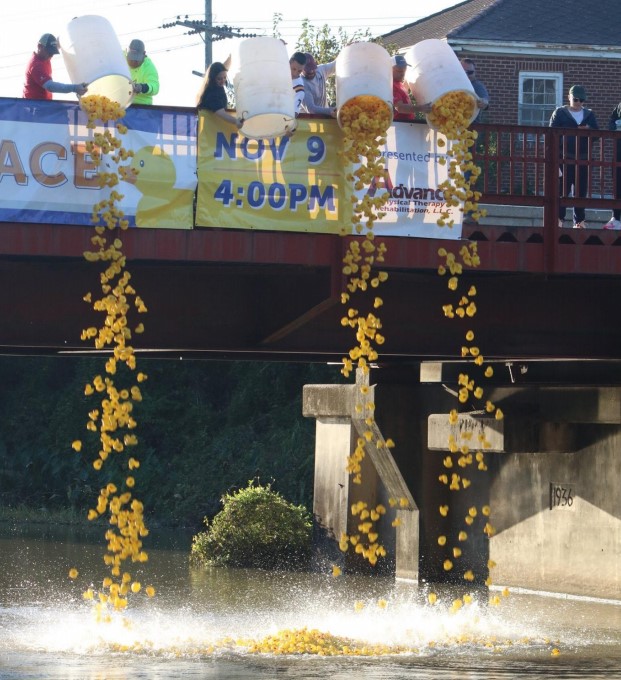 This year south Louisiana, including Thibodaux, has received an exceptional amount of rain – about 30 inches above the normal annual rainfall in only seven months. Unlike New Orleans and some other cities in the area, Thibodaux is on a gravity fed system for stormwater management. “It works fine for us,” says Eschete. “Bayou Lafourche was a fresh water tributary off of the Mississippi River and that is actually our potable water source for the parish. With regard to susceptibility for storms, we get a hurricane heading our way and we could catch a little trouble, but not as much as in Lower Lafourche and New Orleans. Because we’re well above sea level. We have our own Emergency Operations Manager who works year round. On June 1 we know hurricane season is here and we’ll be monitoring that until the end of November. It’s just a way of life here in south Louisiana and the Gulf Coast.”

Recreation-wise, the city built and serviced its own Thibodaux Senior Citizens Center. It offers full services for the city’s senior population and was typically open six days a week. However, since COVID-19 came on the scene, the center has been on a very limited schedule but still continues to provide the seniors with hot meals on a daily basis. Now, instead of them being able to spend the day at the center, they’re picking up their meals there. On a normal day pre-COVID, there would be 50 or 60 people enjoying the center from opening to closing. It’s been an incredibly effective means of reaching out to that segment of the community.

Thibodaux has plenty of recreational opportunities for all ages. Eschete notes, “We have a full recreation department – in the summer we have programs that cater to between 2000 and 3000 kids for a variety of sports and activities. We also have a municipal pool that was built back in the early ‘50s. We’ve spent a lot of money maintaining it and in the last five years, we’ve opened it to competitive swimming. The city sponsors a team, so it gives kids an opportunity to swim competitively without having to bear the costs of an expensive country club membership. That’s been very successful and we have over 200 swimmers.”

The city is also fortunate to have a large municipal facility, with the capacity of seating about 4000 people. It was built in the 1970s as an entertainment venue, but over the years it was transitioned to a multi-purpose community center that caters to public events such as Mardi Gras celebrations, dance competitions and high school band competitions.

Looking to the future, Eschete admits, “I’m only going to be here for another year and five months after serving as Mayor for 11 years and 25 years in city administration before that. But my goal is to make sure our fiscal situation is stable, which it is and has been. And that there is a smooth transition for the next person who comes in and that they understand the needs of the community. Not just from a development standpoint, but we can’t forget about the aging infrastructure and trying to stay a step ahead of that in planning. Nobody wants to see the community try to grow too fast. I’m not a big proponent of annexing developed property. I’ve always stressed that it would be a plus for the city to annex raw property so it can be managed and developed to our standards. My predecessors felt the same way and that’s been a successful method of growth that hopefully will continue.”

Thornton, Musso & Bellemin, Inc. was founded in 1990 as a Louisiana based water treatment company. Today, TMB Water has 55 employees and covers the Southeastern conference states with a full offering of potable, wastewater, boiler and cooling water treatment programs. Call (800) 762-9104 for more information.

Founded in 2013, Pelican Waste & Debris, LLC has over 100 years combined experience in the waste industry. Proud to be locally owned and operated, we understand the unique challenges that face our region. Our goal is for our high standards for environmentally responsible disposal services to help in ensuring the future of the gulf south for generations to come.