Warren Ohio – A rust-belt city aims to regain its gleam

Warren, Ohio is a small city in the northeastern part of the state – approximately 14 miles northwest of Youngstown and 15 miles west of the Pennsylvania border. It was founded in 1798, when the area was still part of Connecticut’s Western Reserve territory and named after Moses Warren, the man who surveyed the settlement’s original 441 acres. In 1801, Warren was established as the seat of Trumbull County. For the first three-plus decades of the 19th century, Warren was the most prosperous town in the region and the hub of the Western Reserve’s religious, social and commercial life. For the remainder of the century, the city remained a bucolic and non-urbanized county seat.
It wasn’t until the beginning of the 20th century that Warren underwent a period of increased industrialization and rapid growth. In 1906, the Trumbull Steel facility (later Republic Steel, then WCI Steel) became the first integrated steelworks built in the county. Immigration increased and as a result, the population grew by 144 percent between 1910 and 1920. Soon, more steelworks were established and the city continued to prosper and develop. The post World War II boom witnessed the growth of Packard Electric and other local divisions of national corporations, including the General Motors Lordstown Assembly Complex.

However, with the collapse of the U.S. steel industry in the 1970s, Warren, like many other municipalities throughout Ohio and the Midwest, began to experience a painful, decades-long, economic decline; a decline which it has only recently been able to confront and reverse.

Paul Makosky is the Head of the Engineering, Planning, and Building Department for the City of Warren, Ohio. He talks about where his city has been and where he sees it going in the years to come. His is an appropriate perspective when one considers that the town’s motto is: “Celebrate our History and Create our Future.” 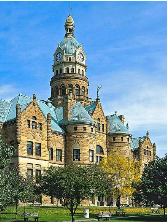 “The City of Warren has been dealt a tough hand at this point in our history. I think that we can predominantly be viewed as a rust-belt community. We’ve had a significant loss of manufacturing jobs and population, as well. There’s also the corresponding loss of revenues that make it particularly difficult to properly sustain our infrastructure. More affluent or prominent communities may not have the issues of sustainability that we have. But there are a lot of communities that experience the same challenges that we face here in Warren. So what do we do to sustain everything that we have and still find a way to move forward with an optimistic sense of the future? How are we going to build and grow?”

Makosky’s department assists the city administration and City Council in the development of a Capital Improvement Plan (CIP). The department secures grant funds to complete projects and develops plans, specifications, and estimates in accordance with the plan. In the years between 2008 and 2014, over $32.6 million was spent on infrastructure projects in the City of Warren, Ohio. The funds came from a mixture of Federal Highway Administration monies, the Ohio Department of Transportation, the Ohio Public Works Commission, Community Development Block Grants from the Federal Department of Housing and Development (HUD), a local bond issue, and the city budget. Warren’s share of the tab over those years was approximately 12 percent of the total. The city’s five year plan for 2015-2019 is presently estimated to be just shy of $17 million. Warren’s share will be approximately $970,000.

The Engineering Division also makes general assessments of the roads and other city infrastructure. The information guides the road resurfacing and maintenance programs. Recognizing a declining revenue base in the city and the rising costs of construction, the engineering department has taken steps to extend the practical service life of the roads. Higher quality asphalt-mix designs are used in resurfacing projects. Crack sealing and spot paving have become a vital component of the road maintenance programs. A comprehensive effort is being made to reduce the life cycle cost of sustaining the road systems.

There are 184 miles of roads and streets in Warren, and 135 are asphalt-surfaced. Generally, asphalt roads need to be resurfaced every 10 to 15 years. The cost of resurfacing one mile of road is approximately $150,000, and Makosky believes that the city needs to resurface about 10 miles of road every year. In addition, streets need to be patched after every harsh winter, street signs, guardrails, and posts need to be fixed or replaced, and grass and vegetation need to be controlled. 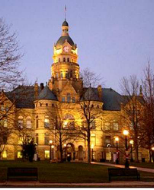 Program has been an integral part of the recent revitalization of the city: “If you would have driven through the downtown area ten years ago, all the lights would have been off and no businesses open. I really believe a lot of the capital improvement projects that we’ve done have created an environment where business wants to be here – they see the benefits.

“We’ve constructed an outdoor amphitheater that has great turn-out, great shows that the community appreciates. We’ve had new restaurants open. There’s a live music scene that’s starting to become established in our downtown area. To see it happen has been something that you take pride in. Having spoken with people that have left the area five, six, seven years ago and came back to visit family members, and for them to see the differences, the progress that we’ve made. . .it’s very encouraging.”
Makosky is deservedly proud of Warren’s continued growth. Even though the local economy has rebounded to some degree from its nadir, it’s always a challenge to identify and allocate the necessary resources to keep the city’s roads in good shape. And, of course, the weather rarely helps. “The issues faced in the state of Ohio are emblematic of a lot of other states in the Midwest. Sustainability for roads; with everything we deal with – winter freeze/thaw cycles and the elements – we probably have as big a challenge as any other region in the United States.”

The Head of the Engineering, Planning, and Building Department is not about to shirk from those challenges. He’s also justly proud of the dedication displayed by all of his hard-working colleagues in City Hall: “Anyone who works in public service – it’s their life’s work. We live here, we raise our families here, and we take all the decisions that we make, very seriously.”

As Warren continues to lift itself up from its recent hard times, it’s a sure bet that this is one rust-belt city that intends to gleam again.

WHO: Warren, Ohio
WHAT: A small city founded in 1798, Warren is the seat of Trumbull County
WHERE: Northeast, Ohio
WEBSITE: www.warren.org