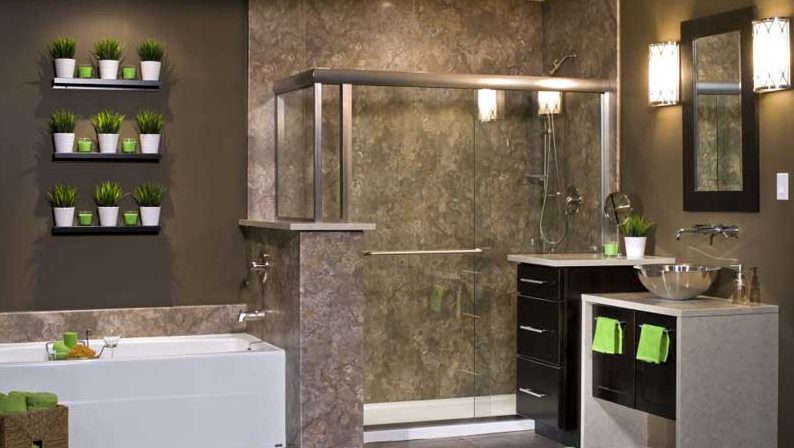 The national player in the kitchen and bathroom remodeling industry

The average person spends approximately 30 minutes a day in their bathroom and the average female spends approximately 72 minutes per day in the kitchen. With so much time spent in the bathroom and kitchen, there is bound to be a significant amount of wear and tear on each of these rooms. This was the mindset of two college students who innovated a bathroom restoration solution out of their homes that later expanded into a national brand for both full bathroom and kitchen remodeling.
Re-Bath and 5 Day Kitchens, headquartered in Tempe, Ariz., are wholly-owned subsidiaries of Home Brands Group. Towards the end of 2014, Home Brands Group refocused its attention on Re-Bath and hired Marty Rasmussen, current Re-Bath and 5 Day Kitchens President, to build a franchise system for approximately 145 franchisees across the nation to adopt. Rasmussen’s extensive experience in corporate turnaround combined with his years as General Manager of Re-Bath by Schicker, one of Re-Bath’s most successful franchises, gave Home Brands Group the confidence that Rasmussen was the right fit to move Re-Bath from their franchise and dealer model to a true franchise system.

In 1979, Re-Bath started as an acrylic bathtub liner company knows as American Bathtub Liners (ABL). ABL serviced the hospitality industry, acquiring national contracts with hotel chains such as Best Western, Quality Inn and Holiday Inn. ABL offered an innovative solution for worn out, damaged and strained tubs that were costly and difficult to remove and replace. The solution was a custom manufactured liner that formed a perfect fit over an existing tub.

“There are over 800 different bathtub models produced by manufacturers all over the country in different styles and designs. A lot were made of cast iron which are very expensive and difficult to remove,” Rasmussen said. “The liners fit so perfectly it was like putting your hand in a glove and, at the time, we were innovators because no one had a solution like this.”
In the early 1980s, ABL saw an opportunity to expand into the residential bathroom remodeling market. With this expansion, Re-Bath was formed into a dealer network to provide bathtub liners to homeowners. 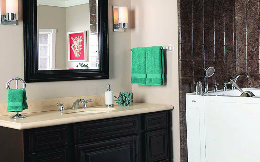 “We took the same concept of putting a liner over an existing tub or shower base, along with some proprietary acrylic wall panels to go over the existing material,” Rasmussen continued. “Because we manufactured the product for our dealers and general contractors across the country to sell, we became a B2B2C model.”
In 1991, Re-Bath moved from a dealer network to a franchise system and by 2000, the company welcomed its 100th franchisee.

“There were several reasons for the change. It enhanced the value of the company, but more importantly, it gave exclusive distribution to franchisees in specific territories around the country. This allowed us to expand more aggressively into the marketplace,” Rasmussen said.

Moving to a franchise system allowed Re-Bath, LLC to sell franchise territories across the country and generate more cash flow for the brand. This increase of cash flow was used to expand product offerings, improve advertising capabilities and eventually develop a system to assist franchisees with their business operations. The system enforces each franchise to work in line with the network as opposed to remaining individual businesses. This collaboration allows the network to create national benchmarks for lead generation, sales and installation revenue which, in turn, helps them understand the success and challenges of their local business.
“There are many advantages to dealers and independent companies that wish to be included in the Re-Bath Network. Since Re-Bath has been around for 35 years, not only will potential franchisees benefit from ‘name brand’ recognition,” Rasmussen explains, “but we will help them operate within a single technology platform, a defined sales process, and lower cost options as they are being supported by our own manufacturing company.”

customers fast, affordable, and high-quality kitchen remodeling with an exclusive kitchen design and installation system that eliminates the need for multiple sub-contractors. In 2011, 5 Day Kitchens became a sister company to Re-Bath offering more opportunities to grow as a franchise network, including territory expansion and product and service offerings.

In 2015, Home Brands Group plans to merge Re-Bath and 5 Day Kitchens to become a complete kitchen and bathroom remodeling company. Today, only 33 of the 145 franchisees are operating both Re-Bath and 5-Day Kitchens businesses. Home Brands Group plans to have 80 by the end of 2015 – many of them will be expansions of existing Re-Bath franchisees.
“Our strategy is to become THE national player in the kitchen and bathroom remodeling industry,” declared Rasmussen. “One of the ways we intend to achieve this goal is by making sure the corporate structure mirrors the needs of the franchisees.”

Re-Bath has established an advisory council made up of the most successful franchisees across the country. The advisory council was put in place for franchisees to advise corporate on the specific needs of the network. This level of collaborative effort between corporate and franchisees is unique to the Re-Bath franchise system. They believe they can harness best practices more effectively by speaking with network individuals who are working, hands-on, every day.

“The markets we’re looking for are about one million to two million people. We estimate there are about 300 territories in the Unites States and we figure we have about half the United States covered right now,” Rasmussen said.

When looking for potential franchise partners, Re-Bath quantifies based on two tracks: existing remodeler businesses – typically a general contractor that has been in the field for three to five years with proven value in the marketplace – and entrepreneurs with proven business skills.
“Those conversions from general contractor to franchisee are where the bulk of our growth is going to come from. They understand the industry, they understand the inherent challenges within the remodeling business and they’ve proven they’re able to function successfully within their communities,” Rasmussen said.

“Everything we’ve done since I joined Re-Bath, LLC has been in an effort to maximize our franchisees’ potential return on investment,” Rasmussen said. “By focusing on the five main components of our business – marketing, sales, production, customer satisfaction and office management – we have aligned with our franchisees’ business model allowing us to focus on their needs and the needs of the overall brand.”

With a strong history of innovation and current plans to merge and systematize two already successful companies, it looks as if Re-Bath and 5 Day Kitchens are well on their way to becoming the country’s number one bathroom and kitchen remodeler.

WHO: Re-Bath and 5-Day Kitchens
WHAT: Complete bathroom and kitchen remodeling company
WHERE: Headquarters in Tempe, Ariz., with 145 franchises across the country
WEBSITE: www.rebathfranchise.com 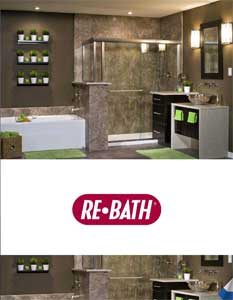