Business View Magazine interviews Joey Batchelor, President of Guardian Fueling Technologies, as part of our focus on best practices in the petroleum sector.

Fuel supplies are an integral part of an enormous number of industries. Fuel is necessary to power the fleets that carry products from the factories where they are manufactured to their final destinations. It powers the cars that carry individual workers from their homes to their jobs. However, in spite of its importance, fueling isn’t a high growth industry.  According to Joey Batchelor, President of Guardian Fueling Technologies, “It’s very fragmented.  It’s an old industry.  It’s not real sexy.”

Yet, in spite of its lack of sex appeal, Guardian Fueling Technologies is quickly setting itself up as a fuel superpower, at least in the Southeastern United States. Here’s a look at the company, where it all began, and where it’s hoping to go in the future.

Batchelor didn’t start out trying to become a fuel mogul.  After high school, he joined the Marines and studied electrical engineering. When his term of service ended, he found himself back home in South Texas, working for a family friend in the fuel industry. “I went there after the Marine Corps and learned the business from him, and in 1996, I had the opportunity to purchase this business which, at the time, was in Pompano Beach, Florida.” That business, which would later become Guardian Fueling Technologies, only had 10 employees. With some help from a bank loan, and some money from his father, Batchelor took the plunge.

At its inception, Guardian Fueling Technologies was a service-based company. “If someone’s gasoline dispenser broke their credit card readers on the pumps where you buy gas for your car, or one of the screens out there wasn’t working, or the pumps weren’t working, they called this company,” Batchelor recalls.” He was 26 years old at the time, so purchasing a small company like this in an industry that didn’t traditionally have a lot of growth potential was a big risk. His goal, though, was to turn the company into something that offered more than just repair services.

While the company started out in Pompano Beach, it didn’t stay there long. Within three years, Batchelor had opened two more Florida offices – in Orlando and Jacksonville – and hired more technicians in those markets. And by 1999, the company was growing faster than Batchelor had the capital to sustain. Thankfully, in cases like these, it’s not what you know but who you know – and one of Batchelor’s existing customers had just sold his own business for several hundred million dollars. “He acted as sort of an angel investor for me,” he says. “In 1999, he came in and partnered with me, gave us a nice capital infusion to pay off debt, and put some more operating capital into the business so that we could continue to fuel growth.” While at its core, the business remained a service-based company, the infusion of capital enabled Batchelor to branch out into equipment distribution.

“We currently employ about 180 service technicians that cover from the outer banks of North Carolina all the way to Key West,” Batchelor reports. “And we just wrapped up an acquisition in Charlotte, North Carolina (Southeastern Petroleum System), which represents our 13th regional office across the Southeast.”

What does Batchelor believe is the secret to his success and what sets him apart from other fueling companies across the country? “I would say number one, it’s the caliber of people that we have,” he states. “One of the things that I’ve always believed, maybe it’s because of the time I spent in the Marine Corps, but I’ve always believed that the company with the best people and the best training is going to win.”

It’s no surprise then, that Guardian Fueling Technologies is also a very pro-veteran company and makes it a point to hire as many military veterans as possible. “Our human resource director spends a lot of time in military trade shows and military job fairs where people who are getting out of the military and looking to move into the civilian world are looking for jobs,” Batchelor notes.

The core of the company, and the true secret to its success, though, is the service that it provides to so many clients across the Southeastern United States. “Service is our biggest revenue generator, even as big as we are,” he said. “People find it hard to believe sometimes. They think they have a good service business. They’re doing a million or two million dollars a year revenue with it.  Well, we’ll do over $50 million this year – just in service.” And that’s for a company that is expecting to pull in a total of $100 million in overall revenue in 2018.

With any large business, it’s important to look toward the future – and that’s exactly what Batchelor and his team are doing. “We have something that we call Vision 2025, and two years ago, I sat down with my leadership team and said ‘What do we want our business to look like in 2025?” That meeting allowed them to outline how many offices they wanted to have opened by that time, how they would boost their reputation, and even the kind of people that they wanted to employ. The goal, right now, is to have 25 regional offices open by 2025 to cover the entire southern United States.

So, Global Fueling Technologies is well on its way to becoming the premiere service and equipment company for the Southeast’s fuel needs. Its service first mentality might seem a little odd in an industry that is dedicated to equipment distribution rather than service, but it has served Batchelor well for the last two decades and will likely continue to do so, well into the future.

WHAT: A company that sells, installs, and services petroleum systems 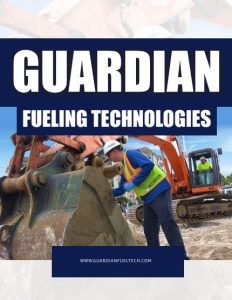