City on the rise

When a booming steel town of 55,000 gets hit with the collapse of the steel industry; when the final mill shuts down, the jobs go away, and people abandon their homes, it’s hard to fathom how that community could rebound. And yet, after more than three decades – and a lot of frustration, forward-thinking, and sweat equity – McKeesport, Pennsylvania is proud to say it’s back on a positive trajectory. Under the banner “McKeesport Rising” it is now a welcoming, business-friendly city where the buzz phrase “a great place to work, live, and play” is more than just words. It’s a fact. 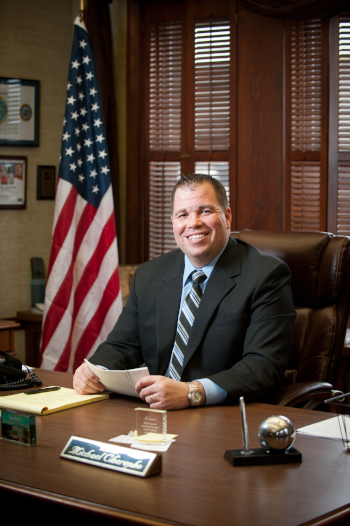 Allegheny County’s second largest city, McKeesport is ideally situated at the confluence of the Monongahela and Youghiogheny Rivers within the Pittsburgh metropolitan area. It has a host of attributes in its favor, and that’s what Mayor Michael Cherepko and his municipal team are promoting when courting new business and developers. It’s not easy, but they’re up to the task. Cherepko admits, “In the 1980s, when the final steel mill closed, that’s when things really started going downhill in the city. From a population of 55,000, we’re now down to just below 20,000, and it’s been a real struggle. You’re faced with decreasing revenues and ever-increasing expenditures as your tax base continues to dwindle. We hit our rock bottom a few years back but, over the last six to seven years, we’ve put a good foundation in place and we’re now moving forward. It’s a case where you have to crawl before you walk, and walk before you run. But things are happening here from the development standpoint.”

Among its current challenges, the city is faced with a fair amount of blight after people left their homes, and, also, infrastructure needs, such as roads that haven’t been paved for years due to budget constraints. The answer? “Last year we kicked off a “McKeesport Rising” initiative,” says Cherepko. “And we allocated money from the sale of our sewage authority to put towards the concept, which would be infrastructure improvements – 300 to 400 homes and buildings torn down, streets being paved, equipment purchases, and other necessary updates so we don’t have to worry about fixing them in the near future. We’re very excited with this initiative, but the progress really started six or seven year ago.”

At one end of the city, where the U. S. Steel mill used to be, the RIDC Industrial Center (Regional Industrial Development Corporation) is now the location of businesses from a variety of sectors. A few years ago, McKeesport was one of the first of only 12 permits given across the state of Pennsylvania for a medical marijuana production facility. And the industrial park is now the home of Pure Penn LLC – a cannabis producer that started with 40 to 50 jobs and has tripled in size. They’re now expecting to double or triple their workforce to well over 100 employees in the next year and a half.

Also in the RIDC park, Dura-Bond Industries – a company that manufactures and coats pipeline products for Pennsylvania’s Marcellus Shale region. Dura-Bond came in with about 100 jobs, looking to get to 200. Duquesne Light Company is a utility company that also invested in McKeesport – it built a new facility on the RIDC site, and American Textile Company just recently expanded over to the site. Also this year, it was announced that River Materials Inc. will take over 18 acres at the RIDC Industrial Center for warehousing, processing, and recycling. They intend to construct buildings for offices, storage, and light manufacturing, as well as a railroad car and barge remediation facility. That will bring about 50 jobs.

“We’ve been fortunate at bringing these businesses into the RIDC site,” says Cherepko. “In addition to that, on our East Fifth Avenue corridor, we have a big development that’s about to take place, but we can’t give details yet. Right down the road, we have a Dunkin’ Donuts and they’re doing extremely well. It was nice to get a national chain in town. In that same area, we have the first Speedway (gas station / convenience store) to open in Pennsylvania. We also have several businesses throughout the town that have expanded, renovated, reinvested – including Pennzoil, State’s Tire, and Eat’n Park did a total facelift and renovation, and new businesses such as Dollar General and Family Dollar. A lot of times, businesses look at our demographics and they’re hesitant to come in. But once they get here, they become one of our biggest advocates because they see that working with our administration, you get a very hands-on approach.” 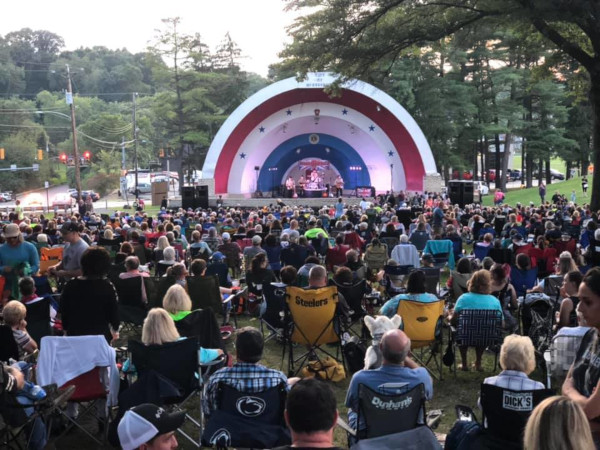 The city has removed much of the bureaucratic red tape from the local zoning and planning commission and it’s put itself in a better position to make things happen, with everyone working together. Cherepko notes, “Every business that’s come in, to this point, has exceeded their expectations from what they planned. All these years, we’ve been recruiting, recruiting, recruiting, and I think for the first time, things are starting to move ahead for us, and we have people knocking on our doors, as well.”

In the downtown area, stands the historic Daily News building, where the local newspaper was housed for over 125 years. It shut down in 2015, and the city has since been able to secure that building from Total Media at no cost. There are now several tenants in the building – the District Attorney’s office, two media outlets, Point Park College, New Century Careers – and the repurposing is spurring a lot of other activity in the downtown, which has been pretty quiet for many years.

Next to the Daily News, a parking garage that’s been closed for 15 years is being remediated. About 50 yards from that is a transportation center, where the Port Authority of Allegheny County is investing millions, so people will have access to it. Across the street from the Daily News building is an 8-story, vacant building that the city recently attained through the Redevelopment Authority. It’s being renovated by a developer and they’re already lining up tenants for the first two floors. Two hundred yards from that, a new commercial structure is going up on a long-time vacant lot, with a major bank as the anchor tenant. Another hundred yards away, still in the downtown, are McKee’s Point, the Marina, the McKeesport Palisades Event Center that holds 600 people, along with a bike trail that runs through that area. And the historic Penn-McKee Hotel is slated for restoration. The hotel is best known for hosting a debate between future presidents, John F. Kennedy and Richard M. Nixon, in 1947.

Cherepko reports, “In the Cultural and Educational sector of the city, we were able to take down some of the blighted houses and now we’re partnering with Project Pittsburgh and Rebuild Pittsburgh to start renovating others and keep them on the tax rolls to encourage home ownership for the future of the city. There’s a lot of activity in the recreational side of things, too. We have our 200-acre Renziehausen (Renzie) Park that we continue to upgrade with rental pavilions, a hockey facility, tennis and basketball courts, an indoor social hall, a splash pad, new parking lots, and a dog park. Renzie Park brings in thousands of people for concerts and other events throughout the summer, which helps us be a destination for visitors.

“When we talk about McKeesport Rising, this is our rebirth. Right now, McKeesport is full of potential. We are on our way back, without question. There is investment opportunity here for business – whether it’s industrial, commercial, real estate – if you’re looking to open up here, property is much less expensive than it is 15 minutes away in Pittsburgh. We have McKee’s Point, we have two rivers that come together, we have access to business development, we have rail, we have our own UPMC Hospital, recreation, the Heritage Center, and the second largest rose garden in the state of Pennsylvania in Renzie Park. Plus, Penn State Greater Allegheny University campus is right here in McKeesport. We have so much to offer and we’re going to flourish again. It’s an open invitation – we want your business.”

From the Editor – August/September 2022