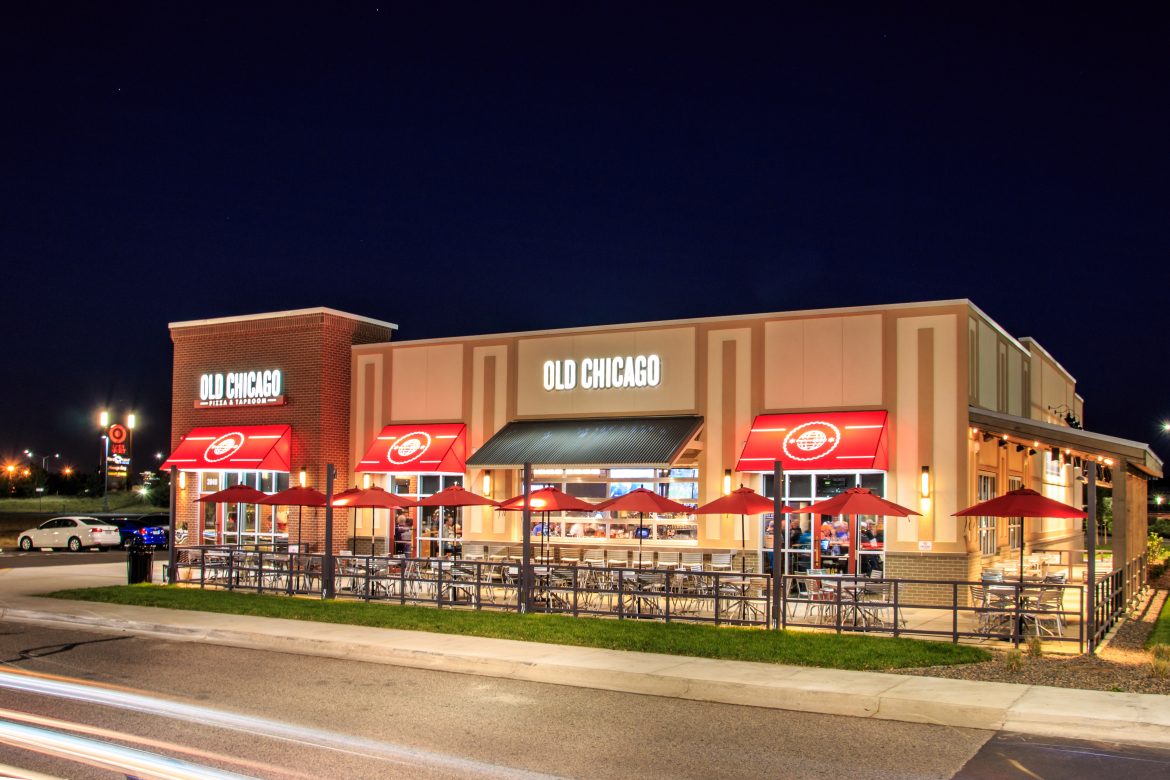 The first Old Chicago Pizza and Tap Room restaurant opened in Boulder, Colorado in 1976. “Our founder was from the Midwest and he really missed great pizza,” says Mark Belanger, Vice President for Global Franchise Operations & Development for CraftWorks Restaurants & Breweries, Old Chicago’s corporate parent. “In addition, he also was a big fan of beer. So, in 1976, we did two things: we brought authentic, Chicago-style pizza to Colorado – and we started the World Beer Tour.”

According to Belanger, the World Beer Tour was the first-ever restaurant loyalty program. Patrons sign up to sample a grand total of 110 different beers, including well-recognized national brands, regional and local craft beers, and seasonal selections. Entrants receive a card that tracks all of their beers consumed and upon reaching 110, winners gets a plaque with their name, and at most stores a personal quote, hung in their designated “home” Old Chicago location. As an added bonus, WBT members also earn points based on previous purchases that can be traded in for various things such as credit towards a bill on future visits, merchandise, or exclusive parties.

“When you think about it, in 1976, to get 110 beers, either in a bottle or on tap, in a restaurant – that, in itself was quite a feat,” says Belanger. “It helped start the craft beer craze in America. And many breweries have thanked us, profusely, for being a provider of great craft beer over the years. We’ve helped brands like New Belgian Ale, O’Dell’s Brewing – we’ve been partners with them since the very beginning. Also Boston Beer Works, with Sam Adams, is another great partner. In 1976, craft beer really didn’t exist in America and the beer that did exist was very light – there wasn’t a lot of complexity to it. Fast forward to today, the marketplace in craft beer has exploded. About every twelve hours, there’s a new taproom or brewery opening up somewhere in America.”

“We consider ourselves to be the craft beer authority,” Belanger continues. “We’re the best local and regional craft beer, hand-crafted-pizza destination, tap-room in America. You can come into our restaurants and enjoy great food, paired with great regional and local beers, and, in some cases, we even have hyper-local, where you can see, from our patios, the brewery that you’re enjoying the fine beer from. Every Old Chicago has between 36 and 40 taps and out of that, we have eight to twelve dedicated taps that are local and regional beer. The other differentiator with Old Chicago is that we do lots of collaborations with different breweries, where you can only get that beer in our restaurants. So, for the folks who are beer enthusiasts, that’s really a benefit for them to come in and taste a beer that they can only get at an Old Chicago.”

Of all the CraftWorks brands, Old Chicago is currently the only one that is being actively franchised. Belanger explains the vetting process: “Ideally, what we’re looking for is someone who has experience in the restaurant business, already, and who has managed and run multiple locations. Because of our cost of entry and investment, we’re looking for someone who can develop between three and five restaurants. Most of our franchisees are multi-unit operators that not only have multiple units with us, but also have other brands within their portfolio. We tend to find that the candidates that work best for our brand is somebody that maybe doesn’t have a pizza concept in their portfolio or a craft beer concept and wants to get in to the craft beer craze without having to operate a brewery.

“What makes us different from a franchising perspective is the 41 years of our operating model. We’ve got this thing figured out. And so, the benefits of investing in a franchise brand like Old Chicago Pizza and Tap Room is we have the systems already in place for a successful restaurateur to come in who knows about the business – how to manage food costs; how to hire the right people; how to select the right real estate. We help the franchisee through all those processes with our great system. In 2016 and 2017, we’ve signed 25 new development units with five different franchisees. Several of those were existing franchisees within our business, and several were new ones, as well.”

Going forward, Belanger says that CraftWorks’ long-term vision is to see an Old Chicago Pizza and Tap Room in every major market in the U.S. that currently they’re not in. “We’re not in the northeast yet; we’re not in California; we’re not in the Washington market,” Belanger opines. “We are growing in the sunbelt markets – the southwest, Texas, and the southeast. I’d like to see our brand continue to grow in the Midwest, as well, where we have a nice strong presence.”

Regardless of how successful the Old Chicago concept has been, still is, and will, no doubt, continue to be, Belanger knows that continued execution is the key. “You’ve got to execute,” he says. “If you have a really cool concept, but you don’t execute well, your guests don’t feel value in what they’re getting. We stand for great food that’s distinctive; we’re passionate about everything we do when it comes to beer and food; and we focus on being part of the community and sharing great local and regional beers. We’re as relevant, today, as we were 41 years ago – but we’re going to continue to never be satisfied with our quality and our consistency.”

WHO: Old Chicago Pizza and Tap Room
WHAT: A chain of restaurants in the CraftWorks Restaurants & Breweries Group
WHERE: Headquarters in Chattanooga, Tennessee
WEBSITE: www.craftworksrestaurants.com 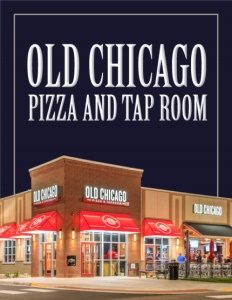