Village on the Isle

An island jewel and retirement treasure

Village on the Isle is a full service, not-for-profit, faith-based, continuing care retirement community (CCRC) located on the island in Venice, Florida, less than half a mile from the Gulf of Mexico. The community opened its doors in 1982, on a 14-acre property. Their campus is home to over 425 residents in 210 apartment-style residences and cottages, 90 assisted living apartments, and 60 beds in its post-acute care, skilled nursing facility. 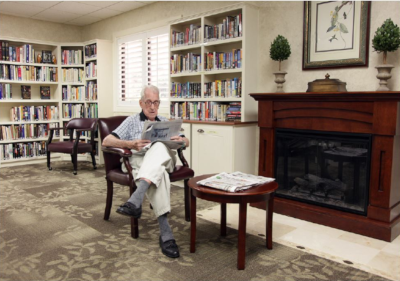 Village on the Isle has about 285 employees which places it as the second largest employer in the City of Venice. As an affiliate of the social ministries of the Evangelical Lutheran Church in America, one of the largest Christian denominations in the United States, the mission of Village on the Isle is to serve the needs of its senior residents and provide them with a continuum of care and support as their needs change. The community is well-recognized in both state and national rating systems and recently earned local acclaim from Venice residents and readers of the Venice Gondolier Sun newspaper for its high quality of care in the category of skilled nursing, rehabilitation, and long term care providers. Additionally, another local newspaper, Herald-Tribune, recently recognized Village on the Isle as the “Best Retirement Community” in its annual Reader’s Choice Awards.

Joel Anderson is Village on the Isle’s new CEO, arriving to the community in November, 2015. Anderson has over 23 years of experience in the aging services industry. He says that his first order of business when hired was to initiate the process to put together a campus master plan. “We’re almost a 35 year-old ministry,” he says, “and the industry is changing so much and very fast. The aging population is growing and by 2030, the 65 and over population will double from what it was in the year 2000. So we can’t wake-up one day and recognize that we’ve become obsolete. We must continuously remain appealing to our customers in what many consider a lifestyle-driven model for retirement living with the assurance of health care when they need it.”

Anderson believes that the incoming Baby Boomer population will be looking for more amenities and options in CCRCs in the near future. “They don’t want a stiff, regulated ‘here’s what you get and if you don’t like it, sorry about your luck’” type of structure. Instead, he sees the need for “a more à la carte approach where retirees can customize their preferences. So, our team is currently going through a comprehensive planning process, working with senior living architects, financial consultants, and other design experts to help us assess our current status and develop ideas and processes for changes necessary for our future.” 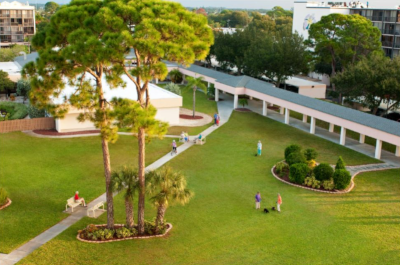 According to Anderson, the master plan for the campus includes, “evaluating our buildings and starting the process for capital reinvestment into those buildings; replacing outdated components of the campus and bringing new amenities online; and re-designing our healthcare facilities to make them more residential-like.” Other areas that he expects will be changing are the Village’s culinary program, its social, recreational, and health and wellness programs, and its small memory care neighborhood for residents who are dealing with early to moderate stages of Alzheimer’s or dementia. Many of the improvements and upgrades will be done in phases, Anderson explains, taking on the healthcare facilities as a top priority, then working towards adding new residential living units and a new clubhouse, while continuing to reprogram existing spaces of the campus to keep its residents happy and engaged as a community of neighbors and friends.

Fortunately for its current and future residents, Village on the Isle is a financially sound enterprise with the capacity to make both major physical, as well as programmatic, changes. “We rank in the top ten percent of all CCRCs in the United States from a financial soundness standpoint,” says Anderson. He notes that Village on the Isle has been given an “A-” rating from Fitch Ratings, Inc., one of the three nationally recognized statistical rating organizations designated by the U.S. Securities and Exchange Commission, because of its prudent financial stewardship and management over the past decade.

Village on the Isle’s strong financial health is also a boon to residents who may face economic difficulties while living on the premises. Anderson explains: “Once a resident member has moved in, they will never be told to leave should they run out of financial resources through no fault of their own. If for some reason, a resident would outlive their financial resources, we’re going to take care of them. It gives peace of mind to our resident members and their families, and is part of our mission-based purpose.”

As Anderson and the staff of Village on the Isle prepare for the future, the new CEO is not unmindful of several enduring characteristics that have always helped this CCRC achieve an occupancy rate in the mid-to-high 90 percent range. One is its location. “We sit here on the beautiful Island of Venice, which is pretty unique,” he says. “That’s an important attribute. Island living is contagious. People love to be able to stay here and a lot of folks at our community know and have friends here before they even move in.”

Finally, Anderson suggests that the perception of the modern CCRC continues to evolve and that residents now have an expectation that these types of retirement communities should have the look and feel more like a country club or resort rather than a place where retirees go when they get old and sick. “We are not healthcare facilities,” he avers. “We’re very hospitality-oriented, residential communities with an underpinning of healthcare that gives our customers peace of mind to access quality healthcare when there’s a need. So, it’s a very hospitality-driven industry, overall.”

Anderson believes that the services, amenities, and loving care provided by its medical practitioners and support staff, many of whom come from the local community, places Village on the Isle on the top of the list of area retirement communities. “I’ve never heard in my years of serving this industry a resident ever say they wish they would have waited a little while longer before moving in,” he says proudly. “All of them end up saying ‘I wish I would have made the decision to come here, sooner.’”
Village on the Isle – An Island Jewel and a Retirement Treasure.”

WHO: Village on the Isle
WHAT: A full service, not-for-profit, faith-based, continuing care retirement community
WHERE: Venice, Florida
WEBSITE: www.villageontheisle.com

Help At Home, Inc. – Help At Home, Inc. is a home care agency committed to enhancing the quality of life for its clients and providing a viable alternative to living in a nursing home or long-term care facility. In business for over 35 years, Help At Home employs a large staff of trained Homemakers, Nursing Assistants, and Registered Nurses who are readily available to provide homecare services – in the comfort of home. – www.helpathome.com 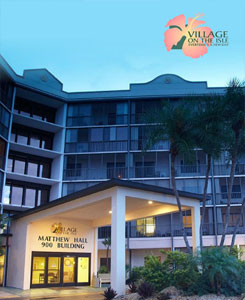