AvaLAN Wireless Systems, Inc. develops and manufactures wired and wireless Ethernet equipment and solutions for commercial and industrial clients, including retail fueling stations, digital signage, retail point-of-sale, and other industrial automation applications. Now based in Madison, Alabama since 2008, AvaLAN began in 2004 as a technology company in Silicon Valley, California.

“Our very first products were connections for the Microsoft XBox,” says company President, Matt Nelson. “In the early days of AvaLAN we did connections for IP (Internet protocol) surveillance cameras and access control devices. Then we got into the Internet of Things and the industrial wireless space, and since then, we’ve evolved into other markets that require reliable and secure network connectivity. Through focusing on different vertical markets, we were able to grow very successfully. And each year, it seems like there’s a newer, better, bigger, potential vertical market that we get involved in. Some of that is because we have fundamental technology in data networking – we have our own proprietary protocol, our own proprietary encryption, our own proprietary networking stack, and because we’ve got that level of expertise, we’re able to customize our solutions for many customers in different markets.”

For example, one of AvaLAN’s customers is Daktronics, the largest manufacturer of digital signage. “Daktronics uses our products for connecting their digital signs – everything from billboards that you see out on the highway to the signs you see in front of pharmacies, schools, churches, and fast-food restaurants,” Nelson notes. Another major client is Schweitzer Engineering Laboratories, the largest manufacturer of digital cutoff switches for the electrical utility industry. “We’ve been doing last-mile connections to transformer stations, as well as connections in and around transformer stations,” he adds.

“Our newest market is in retail petroleum,” Nelson continues, “in particular, doing industrial wireless connections for fuel dispensers to enable secure credit card transactions. That market has a federal mandate to have support for EMV (Europay, Mastercard and Visa) by October 2020, and we’re finding the bulk of our sales and revenue coming from that market at this point in time. EMV upgrades of the retail fuel market is a large market opportunity estimated to be around $6.4 billion. About $400 million of that market is in communications and AvaLAN is working day in and day out to become the de facto standard for the data connections to those fuel dispensers. So, five years from now, I’d hope you would see that every time that you do a transaction at a pump, it’s going across an AvaLAN network connection.”

Nelson characterizes his company as being “small but mighty.” It has only a few employees and it differentiates itself in the type of technology it offers its clients. “It’s not Wi-Fi, and it’s not cellular,” he explains. “It’s a technology that’s designed for device to device connectivity as opposed to the way a laptop or cell phone connects. There are layers of security and reliability that are required for our industrial customers that you wouldn’t see in consumer type products.   Being small and responsive to customers gives AvaLAN a number of advantages over their larger less nimble competitors.

“We pride ourselves on one of our core skills which is going to a customer and listening – not saying, ‘Hey, here are our wares.’ We like to go in and say, ‘What’s that difficult wireless or networking problem that you’re facing in your infrastructure?’ We’ll listen to the customer and then say, ‘We think we have something for you,’ or ‘No, sorry, we don’t have something for you.’ We like to architect and engineer custom solutions for those industrial customers.

“And so, if you look at the different vertical markets that 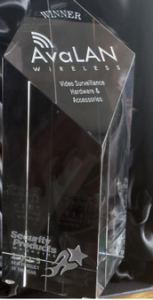 we’ve been involved in and try to draw some commonality between them, the most common thing is, typically, we’re entering into a market that traditionally has been resistive to newer technologies – and they’ve been resistive because newer technologies aren’t reliable enough or they’re not secure enough. And that’s where we’ve always been a champion for those customers. The solutions that we’ve brought are the solutions that are secure and reliable enough that they can take advantage of a wireless network infrastructure. We go where there are pain points; if there’s a market that needs good network connectivity, that’s where we go.”

Nelson reports that AvaLAN has had five consecutive years of double-digit growth. “We’ve made the Inc. 5000 list two years in a row as a Fastest Growing Company, and we think that we’ve really just begun to scratch the surface of our growth potential,” he declares. “Even though we’ve been a company for almost 13 years, we feel like we’re still a start-up in a lot of ways. The future for us is not just network connectivity for retail fuel pumps, but any sort of pedestal where there is a credit card transaction. We have deployed thousands of units into all the divisions of Kroger Foods, for connections inside their stores for mobile, point-of-sale carts, combining that technology with our outdoor wireless technology, which is what led us to dealing with the payment systems for outdoor payment. And now, that’s extending into other applications where there’s outdoor payment. On top of that, we’re doing quite a bit of network segmentation, where we’re doing more sophisticated networking associated with those transactions to make sure they’re secure in the way they’re being handled in the cyberworld.

“And because we’ve been doing more and more of that, we’ve actually opened up a cloud services operation within our company. Where, in the past you might have had to have an IT guy on your staff, 24/7, to take care of your network connections, we offer that service, where we can remotely monitor and control and track the performance of your network from our location. For us, that’s created a recurring revenue stream, above and beyond just our hardware and software sales, and we’re looking at adding network management services to all those devices that we’re adding out there.”

Nelson admits that one of the struggles that AvaLAN has had over the years has been getting the word out about what it does and the solutions that it offers. “Part of the reason is that a lot of our solutions are embedded,” he explains. “It’s kind of like you don’t see an Intel chip every day because it’s inside your computer or inside your phone. We’re similar in that we’re behind the scene. That wonderful Internet of Things, with all those cool sensors that allow you to remotely collect data and interact with things wouldn’t be possible without the proper infrastructure for being able to get there. And that’s where we come in; we’re kind of the glue that holds it all together. We talk about AvaLAN-enabled technology, or AvaLAN inside. You might not see the AvaLAN logo on the outside, but we’re there.”

Check out this handpicked feature on Bartow, Florida – Room to grow.

WHAT: Wireless solutions for commercial and industrial clients 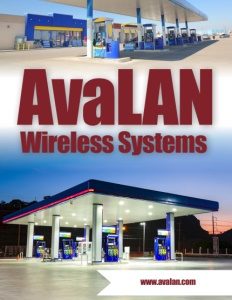