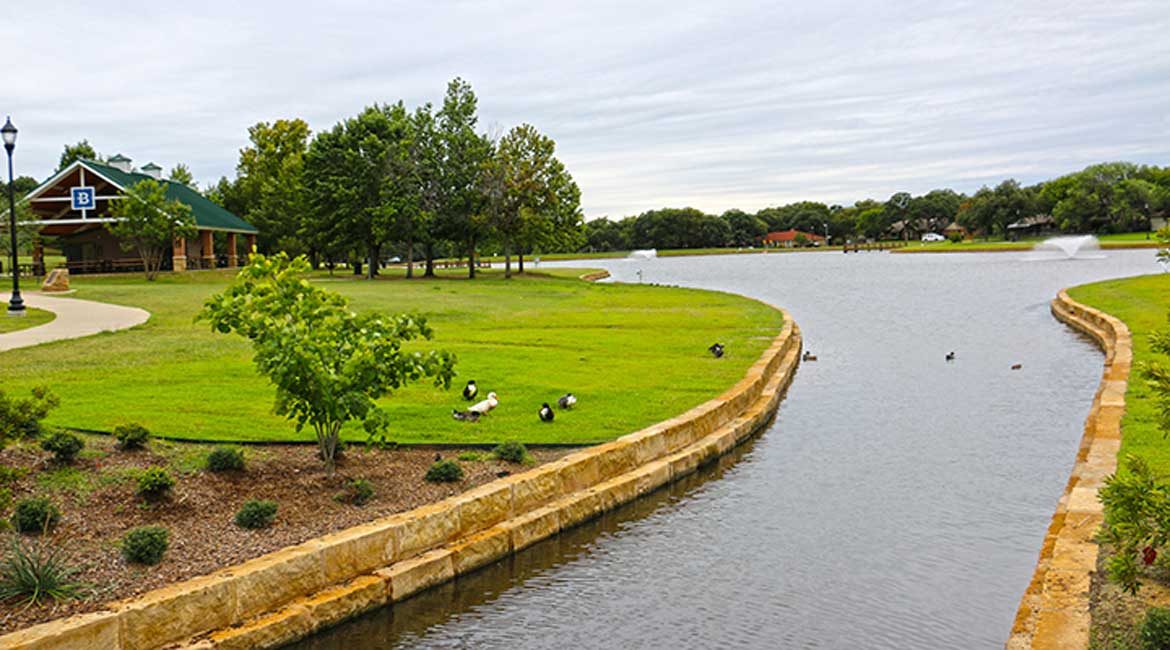 Bedford Texas is a suburban city located in northeast Tarrant County, Texas, in the “Mid-Cities” area between Dallas and Fort Worth. The area’s first settlers arrived in the late 1840s, and by the 1880s and ‘90s, Bedford was a booming town, with a population between one and two thousand. But its nascent prosperity ended in the early 1900s, when two important rail lines, the Dallas-Fort Worth Interurban and the Rock Island line were built, bypassing the city. Businesses and residents moved, and the post office closed in 1909. Truck farming and dairying were prevalent from 1910 through the 1930s, but there were no more than eighty residents in Bedford as late as 1940.

Bedford’s population began to grow again slowly after World War II, because of the construction of nearby military bases and defense plants, and the opening of the Bedford Boys Ranch, a home for wayward boys aged ten to fourteen. By 1970, the town had more than 10,000 residents and in 1974, the Boys Ranch property was transformed into Bedford’s biggest park. The decade of the 1970s saw the establishment of an industrial park, shopping centers, and restaurants, as well as the completion of the nearby Dallas-Fort Worth International Airport. The population increased to some 20,800 in 1980 and about 44,000 in 1990, with 400 businesses. Today, Bedford is home to approximately 47,000 residents and 1,800 businesses.

Business View Magazine first spoke to Jim Griffin, Bedford’s mayor, last spring, when the city was in the middle of redeveloping the 68-acre Boys Ranch Park, which is home to the city’s main recreational facilities, as well as its Senior Center and the Trinity Arts Guild. We caught up with Griffin, recently, to get an update on that, as well as several other ongoing city projects.

“Last year, we talked about what we wanted to do with the Boys Ranch Project, which included reshaping the lake and getting all the new stuff added to that piece,” he begins. “All that was completed. We had a grand opening and now we’re working on what we call ‘Phase Next,’ which is a compiling of whatever else needs to be done to the park. We’re hoping that will include a new recreational facility that will house not only activities for our residents but for the Senior Center, the Trinity Arts Guild, and some other components that we have on the Boys Ranch property. So, we’re working on the final vision for that and we’re getting that up to an architect, shortly. We’ll be having town hall meetings with our residents to get them all on board, because, ultimately, it will probably require a bond initiative on our part to pay for it. But everybody seems to be real excited about what transpired with the initial Phase One project and are looking forward to what we can do with Phase Next.”

Another ongoing project is Bedford Commons, a 103-acre area that the city is planning to redevelop into four distinct “character zones,” each with a different type of use:

“We’re working with a developer to secure property adjacent to our City Hall, so we can work on the prospect of developing the living units, as well as a new City Hall and some other components,” says Griffin. “It never seems to go as fast as we hope,” he laments, “but we’re in the land acquisition stage, right now, trying to get all that ironed out with the property owners.” Part of the city’s plan is to create a new park that will connect the new developments to the town’s library, the Old Bedford School, and Boys Ranch. “We’re trying to connect all of those components together with walking trails into the Bedford Commons area, so that way, the folks who would be moving into this new development will have access to all of those other activities and facilities,” Griffin adds.

“We talked last year about the big highway construction project that took four and half years to complete and that was a major improvement for our area,” the Mayor continues. “And we had a main thoroughfare to the north that we were going to be working on, and we’re making great progress on that, but we had to wait until the highway stuff was completed. We’re working with the North Central Texas Council of Governments to help fund that along with the county and city. We’re going to do that entire stretch of road from our east end to our west end. It’s called Harwood Road, and one of the exciting things about it is that we’re reshaping it and redesigning it with more green space, more crosswalks, more walkability, and more bike paths. The road cuts through numerous business communities as well as residential areas all along its path, so it’s going to have some very unique concepts; where it’s a business area, it will have one design to it, and as it gets to the residential, it will have a different kind of design. And it will connect to the Boys Ranch Park, as well.”

Regarding another infrastructure project, Griffin reports that Bedford is one of the first cities in Texas to receive a SWIFT (The State Water Infrastructure Fund of Texas) grant. “The state voted to allocate $2 billion to do water infrastructure improvements around the state, and we applied for that grant,” he explains. “We have a $90 million grant to work on improving all of our water infrastructure – renewing and replacing all of our underground piping, some of which is over fifty years old. We have a number of projects completed and more on the books.”

“One of the key things we’re doing is a water conservation component,” he adds. “We’re converting all of the City of Bedford to an automated meter reading program – putting in automatic meter reading devices. They’ll track and tabulate consumption and usage much better, so we don’t waste water. That was a key component to getting the grant. I conduct residential meetings quarterly in the community and one of the topics will be to introduce information about that program so that everybody can get on board and understand how it works and how to get access. By the spring of next year, we’ll have it all completed.”

Finally, Griffin relates that Bedford has become the first city in the nation to provide an ONCOblot blood test for its firefighters to detect early signs of cancer. “This company can test the blood for 26 different cancer markers. And what we’ve learned over this process is that firefighters, in general, have a much higher propensity to acquire cancer because of the materials they come in contact with when they’re fighting a fire – all the carcinogens in the air when things are burning. We had a firefighter in our department that we lost to cancer, late last year. So, it was important for us to figure out if there was something more we could be doing. We investigated this company and a couple of months ago we became the first in the nation to provide that test. Our start date is still to be determined but once we do, everyone will get tested; they’ll provide the results and we’ll retest every five years so that the firefighters can track and see if anything has changed. And as we get new firefighters, we’ll start them on the process, and so forth.”

Once almost all but abandoned, today Bedford, Texas is a friendly and thriving community known for its good quality of life, and a deep concern for its residents. Life is good in Bedford, so stop by and “Discover the Center!”

WHO: Bedford, Texas
WHAT: A city of 47,000
WHERE: Northeast Tarrant County, between Dallas and Ft. Worth
WEBSITE: www.bedfordtx.gov

Hurst-Euless-Bedford ISD – The Hurst-Euless-Bedford Independent School District was founded in 1958 when three cities kept their local governments separate but merged their school districts in order to become even more competitive and high performing. HEB ISD’s rich history of excellence is demonstrated today through International Baccalaureate, Asian languages, Spanish Immersion, Core Knowledge Pre-K, and sister schools in China and India. These international programs provide HEB ISD students a world-class education that prepares them to compete in a global economy. – www.hebisd.edu 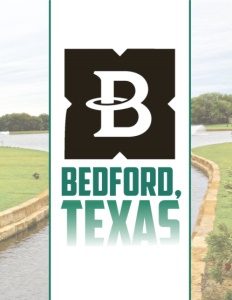