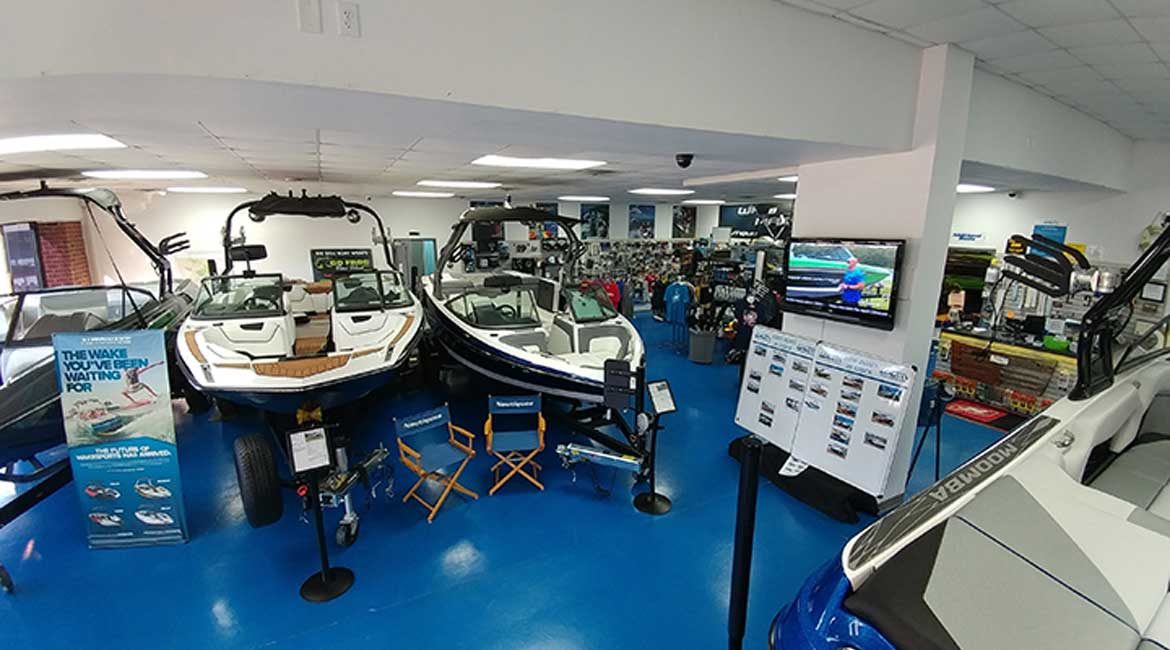 White Lake Marine, which originally opened in 1955 on beautiful White Lake in southeastern North Carolina, is the oldest Correct Craft dealership in the world, selling the company’s renowned brand of Nautique inboard motor, ski, and wakeboard boats. Carl and Diane deAndrade became the dealership’s fourth owners in 1985. According to David deAndrade, the current General Manager of White Lake Marine, his father, Carl, was a chemical engineer who had left the corporate world and one day, while looking for a campground, wound up in White Lake, where he eventually purchased the marina and operated it for many years before handing its day-to-day operations over to his son.

When Carl first bought the dealership, there were ten or eleven other Correct Craft dealers in the state. But, deAndrade says that his father saw a greater potential for the boat business than many of his competitors did. “Dad started doing boat shows and actually promoted the business,” he states. “By the late 80s, early 90s, and right up until some of the soft economic times, he took it to one of the top ten dealers of Correct Craft in the world.”

Today, there are only two Correct Craft dealers left in North Carolina, and White Lake Marine is the pre-eminent boat dealer in the eastern half of the state. In addition to the Nautique line, it also sells Moomba wakeboard and ski boats, as well as pre-owned boats from trades and consignment. “But no pontoons, jet skis, fishing boats, or runabouts,” says deAndrade. “We wholeheartedly only support the inboard, ski boat, and wakeboard market. We don’t work on outboards, we don’t sell outboards,” he adds, emphatically.

Like many companies, White Lake Marine’s business was severely hurt by the Great Recession. “Before 2008, we were pushing about 60 units a year,” de Andrade says. “When the economy tanked, and the next year we sold 12 boats, we had to look at what we were going to do to stay in business.” The first thing the company did was close down a sister location near Raleigh. Then it expanded its parts inventory and began selling Nautique parts, online, to boat owners, worldwide.

As the company began to focus more on its web business, it found that its customers were often requesting out-of-date replacement parts. So White Lake Marine started to source, and then even manufacture, decals, hardware, and the like, so that owners of older boats could keep them well-maintained and looking good on the water. In one extreme instance, deAndrade says he spent two years, first searching for, and then finally contracting for, the manufacture of the iconic wooden shift knob that Correct Craft had made for its boats for decades. “It was this long, drawn-out process for a wooden knob that just costs about $24,” de Andrade remembers. “But it’s sort of how fanatical we are about supporting our customers. The reason is: we love the boats, we really do. We love their history. I grew up in it. It’s very close and dear to our hearts.”

After weathering the lean years, DeAndrade says that 2016 has turned out to be one of the best years the company has had since the Great Recession. “We just came from our largest boat show of the year and it was the best we’ve ever had,” he exults. “We got pending sales on nine units. We haven’t seen a heyday like that since the booming ‘90s. That’s just phenomenal for us to get nine ski boat sales in a weekend. It was just a great year overall – boat sales, parts sales, everything.”

DeAndrade gives some credit for the uptick in business to the generally improving economy, but also to the fact that there have been recent innovations made by the manufacturers of the boats that it sells. “’16 and ’17 brought out new advancements, so that gets consumers energized about upgrades in their current boat,” he explains.

Another facet of the company’s success has been the result of its further penetration into cyberspace, including the creation of a brand new parts website – www.nautiqueparts.com. “We launched a whole new web presence with new photography of almost every single item on the site,” deAndrade says.  “You’ve got to keep up with the times, so we upgraded platforms and back ends, so that we could continue to grow the site, deliver content, and make it more optimized for people on mobile devices. There are a lot of features and benefits for both us and the consumer. We’re seeing an improved response to some of our marketing, especially social media.”

While business boomed, in August, deAndrade took a side trip to El Salvador as part of a mission team from a local church. He went back to Casa La Atarraya, a mission school in the mountains he first visited in 2014, when the Nautique Company invited its dealers to make the journey under its Nautique Cares program. Largely financed by White Lake Marine, and with the help of other generous supporters, including deAndrade’s son Will’s school, the team shipped a thousand pounds of school supplies and brought computers and equipment with them with the intent of hooking the school up to the internet via satellite, so that the impoverished students could get connected and online, and helping it build a planned Technology and Design Studio.

White Lake Marine has survived for 60 years because of its customer-based service and its ability to adapt when marketplace currents turned upstream. “I don’t think my father ever imagined we wouldn’t just be selling or servicing boats, but that we’d have an international website, shipping parts all over the world,” deAndrade says. “I don’t think that was ever envisioned at any time prior to us actually doing it.”

And though deAndrade hesitates to take much more than just a small share of the credit, it has been his and his father’s, business acumen that has been the driver of all that success. “We’ve been blessed enough to stay in business and be successful,” is all he has to say. 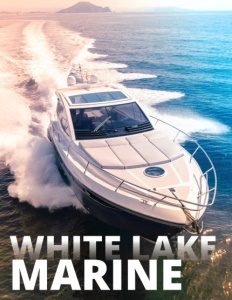