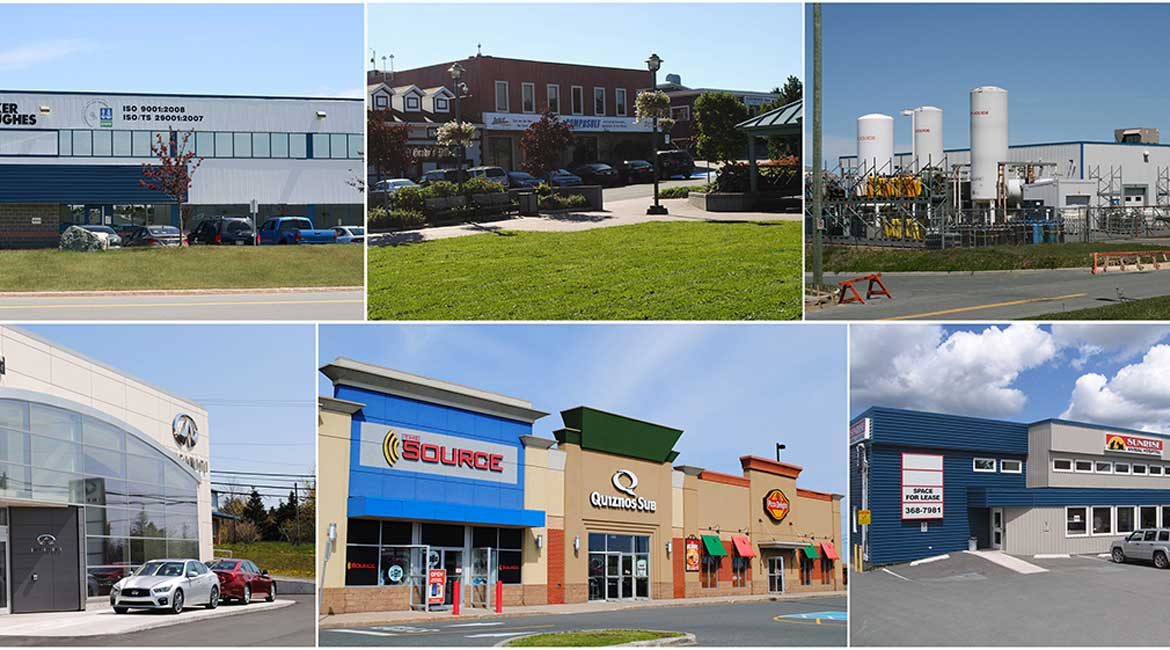 Described in its vision statement as a progressive, independent city with a strong sense of home, Mount Pearl, Newfoundland is all that and so much more. It’s a small city on the eastern Canada seacoast with a population nearing 24,000; compact in size – just under 20 miles across – but big in efficiency as an urban/suburban center.

Randy Simms has been Mayor of Mount Pearl since 2007. He’s also one of its biggest fans. “From a business perspective, we enjoy the fact that we are in the heart of the east coast oil play. Our tax base is considered somewhat ideal – a 40/60 split between business and property tax. Our three industrial parks have been thriving over the last decade and continue to do so, despite the general economic downturn, and lower oil prices. Even though we’ve experienced a slowdown it hasn’t stalled forward momentum.”

The City Council deserves credit for mapping a plan to maximize business investment within the community. When the first industrial park went in, they were directly engaged in developing the property, marketing and selling land parcels, and putting the profits back into the park to make it more attractive to other businesses. Today, the park has less than a seven percent vacancy.

On business retention and expansion, the Mount Pearl Economic Development Department works diligently with the Chamber of Commerce or Board of Trade, and directly with business owners to help with their expansion plans. Simms says, “Our Donovan’s Business Park is the largest in the province, and one of the elder statesmen these days. We recognize that to maintain a competitive edge in the region, our park needs to remain at the forefront of development. So, we are reinvesting a substantial amount of money there to upgrade streets, put in new sidewalks, bridges, help make the park more amenable for business to move into, and a comfortable place for employees to work. It’s one thing to attract new business, it’s quite another to keep the people you’ve got.”

The oil industry is a huge economic driver for Mount Pearl. Retail is another significant driving force. The largest retail activity is on Merchant Drive at the west end of the city, with standard anchor tenants: Dominion/Loblaws, Wal-Mart, Canadian Tire, among many other smaller retailers and national chains. In addition, the city’s unique tourism strategy is gaining a tremendous amount of interest and participation.

Simms explains, “Most people are familiar with how the province promotes the heritage and colorful, historic towns of Newfoundland & Labrador to visitors. Our tourism strategy is not that at all. We are a new city. Well planned. Compact. The first planned residential development happened in 1954, which seems like along time ago, but is not. When it comes to attracting tourists, we have a competitive edge in recreation and sports, compared to our neighbours. And we played upon that.”

Today, Mount Pearl has some of the most modern, well-kept recreational facilities in the province. One soccer field is an international size with lighting and artificial turf, suitable for national championships. In fact, the Mexican National team came there to play the Canadian National team. The city also offers baseball, hockey, and a brand new $4.5 million, state-of-the-art gymnastics center. In the last two years, a $36 million facility called ‘The Summit’ opened, with a 25-meter, eight-lane pool, a leisure pool, huge gymnasiums – everything needed to practice and train. More than one hundred thousand visitors per year come to Mount Pearl to participate in sports events.

“We have an area in the center of the city called Centennial Square that constitutes for us a downtown core,” says Simms. “City Hall is there, a myriad of commercial businesses, banks, grocery stores, clothing stores, and a large seniors’ development with underground parking. Seniors like living there close to all the amenities. In older communities, you see Millennials moving to the downtown core, living in a high-density reality and using public transit, things of that nature. We have a small cohort of those, but Mount Pearl was designed to be a suburban community.”

Residential areas mainly consist of single, detached bungalows and stand-alone frame housing built primarily for families. Though, that is changing with a reduction in young families, and an older citizenry looking for a different lifestyle in condos and apartments with serviced facilities.

Simms acknowledges, “The market is starting to demand more of that type of housing from us. A few years back, we had 324 condo units under development in the city at one time. That’s an unusual number for us, when we’re used to having hundreds of single and semi-detached homes being built. Now the challenge is: How do we accommodate two empty-nesters in a five-bedroom house that they don’t want to maintain any more? How do we find a way for them to stay in the city, and have their home, hopefully, sold to a young family that it was ideally built for? We’re working on that crunch of affordable seniors’ accommodations now. Another area of concern is young families moving to newer developed communities like Paradise.”

Mount Pearl’s boundaries are finite, and will eventually become a problem for expanding geographically. Simms notes, “We can expand vertically, but we believe at the anticipated pace of growth in our region, there is more than a decade of build-out to occur before you’d say, ‘Well, shut the door, this city is full.’ Neighborhood redevelopment needs to be addressed here, as in every community. For example: A large thoroughfare at the heart of our city, Commonwealth Avenue, was historically residential land, and now very much commercial. It’s zoned commercial/residential mix; but is becoming strictly commercial. That kind of change goes on forever.”

Planned infrastructure projects include several million dollars being spent this year on Commonwealth Ave. and Donovan Park upgrades, regular street maintenance and sidewalk work. Also on tap: when the Summit Center was built, the community swimming pool was closed. Now the challenge is how to repurpose this large, two-story building. Turn it over to the public sector (they’ve had offers) or redevelop it as a community center? Long-term investment in the community continues to be high, and creative solutions are in the works.

Mayor Simms says it best, “We want people who live in ‘the Pearl’ to feel they are in a special place. Where snow clearing is better, parks are better, municipal services are better – we do things innovatively and, more important, cost-effectively. Which is why Mount Pearlers don’t want to leave. Logistically speaking, we are a couple of miles inland from the seacoast, but we certainly share and enjoy the St. John’s Harbor, just 10 or 15 minutes away. Same with the International Airport. Mount Pearl is in the center of the region and the peninsula. All roads lead to Mount Pearl!

WHO: Mount Pearl, Newfoundland
WHAT: A city of 24,000
WHERE: Eastern seacoast region of the province of Newfoundland & Labrador
WEBSITE: www.mountpearl.ca 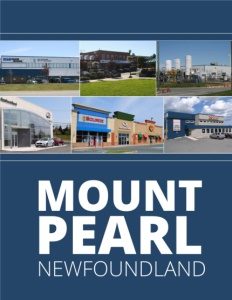