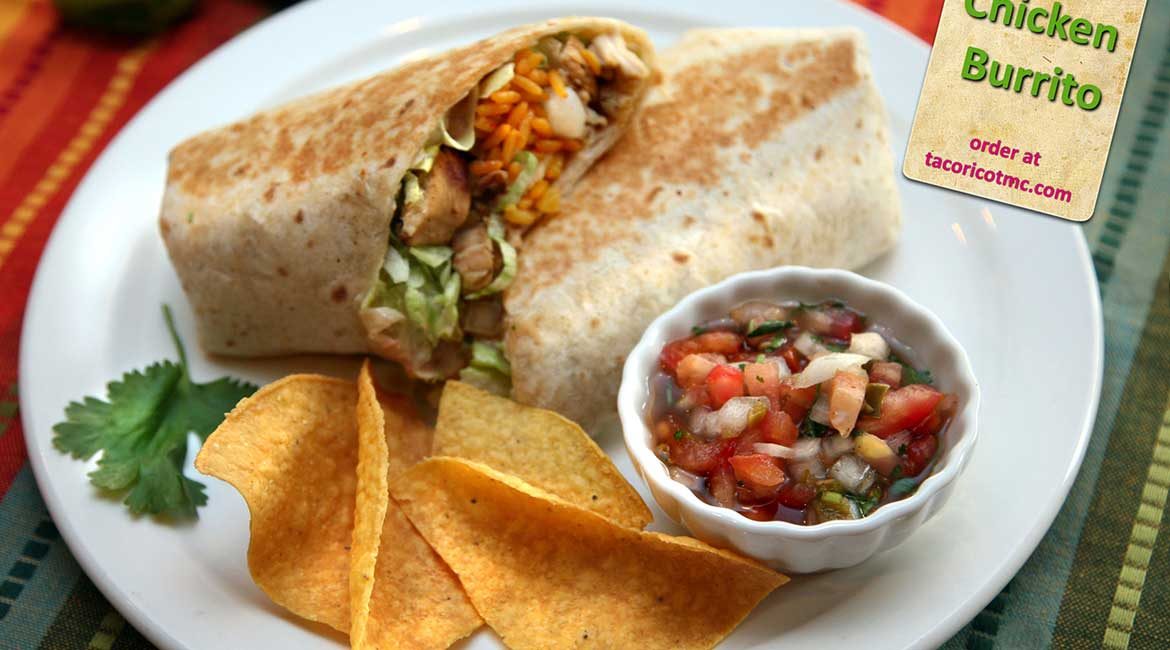 Leland Neal, founder and CEO of Taco Rico Tex-Mex Cafe, has been in the restaurant business since he was 16 years old. He began working for the Red Lobster chain as a teenager, and had worked his way up to executive status, when, in 1992, he and his business partner, James Ross, decided to go out on their own. “There was a restaurant for sale – a little Mexican place that actually had the name Taco Rico along U.S. 1, which is the main corridor down here in Coral Gables,” he recounts. “We bought it and within six months, changed it to our concept – what we felt was our spin on Mexican food.”

Since then, Taco Rico has opened up four other corporate locations in southern Florida – Miami (Tropical Park), Miami Beach, Pinecrest, and Doral; and two franchises – West Kendall and Davie. “We thought about franchising as far back as ten to fifteen years ago,” Neal remembers. “Somebody approached us, but at that point, we didn’t feel that we could standardize and duplicate the way that we knew we would need to because of our style of cooking – we cook fresh, from scratch, every day. It was, also, very expensive to set up to franchise back then. You were looking at paying a lawyer somewhere between $100,000 and $200,000 to set you up. In 2015, somebody from an organization called Franchise Creator contacted us; he was a regular customer at our Doral location, and the fee that they charged at that point to franchise was $35,000. He guided us through standardizing and duplication, and being able to, ultimately, teach somebody else our concept. We simplified the menu some; we coordinated colors and equipment and seating and that type of thing; and when we were ready, we pulled the trigger. We felt we were a lot more experienced at that point and had a greater ability to teach and standardize everything.”

Now that it has begun franchising its concept, Neal says that Taco Rico, with the help of key partners Marcelo Ortiz and Marlon Palmer, is looking for more potential franchisees. “Ultimately, we’d like to do three this year, and then expand to five, next year. Right now, we’re just looking at the state of Florida, even though we have the ability to move anywhere in the United States,” he says. “We’d like to expand into Orlando and Jacksonville on the east coast, and on the west coast, to Ft. Myers and Tampa. Those are all giant areas for potential expansion. Anywhere from six to ten locations can go in any one of those big cities. So, the plans are to advertise and find good leads throughout the state of Florida and expand as quickly as we can, but responsibly.”

When vetting potential franchisees, Neal says he is looking for people with some restaurant experience or at least some background in management seeking to be their own boss. “Somebody with a lot of experience believes they can do their own thing, so that’s not really the person that we’re looking for,” he asserts. “I don’t have a problem with a ‘blank slate’ as long as they have really good communication skills. They can then use those skills to properly teach and train their staff. I’m also looking for somebody that I can see interacting with a customer base. The owner, being the face of the restaurant, is definitely one of our keys to our success. We’re old-school-active; we talk to our customers, touching every table and making sure the experience is a good one.”

In terms of location and a potential restaurant’s physical design, Neal works with a realtor who understands what will work best for the Taco Rico brand. “We’re looking at finding a spot that is on a busy thoroughfare in a good business district because we say: ‘Pay the bills at lunch, and make a profit at dinner,’” he explains. “It’s also got to be in a good residential district because we don’t want to be stuck in the middle of a warehouse district.”

“It has to have the ability for outdoor seating and umbrellas with our logo on it,” Neal adds. “We look for somewhere between 1,400 and 1,800 square feet. To keep the costs down, we are generally looking for a spot that is, hopefully, restaurant-ready, or at least has some attributes of a restaurant or bakery, that has a grease trap or a hood system, and proper electrical and plumbing.  We look for something that gives us an edge going in and won’t cost us much money. A typical franchise that wants you to build exactly to their specs is usually looking for either a brand new location or something that they can gut and make into what they want. But then, you’re talking about anywhere between 350 to 750 thousand dollars’ worth of build-out, where our average build-outs, by going into a restaurant-ready spot, can be as low as $70,000 up to $180,000; somewhere in the middle is the average.”

Once a franchisee is selected and a property developed, training begins. “We train them in the stores for three or four weeks at least, or until they’re ready,” Neal says. “And then, I send an opening team out, including myself and my partner, and we open the store with them. We will have had signage out for quite a bit of time before the store’s actually opened, so that people know we’re coming. Initially, a restaurant gets a honeymoon period, where there is a large amount of people who come to try you out. And it’s extremely important that the restaurant is operating correctly and all our  programs are in place to give great service and great food, so that a person becomes a regular customer of yours immediately, versus, ‘Oh, I’ll try them in a year, because they don’t have their act together.’ So, we’re there from four to eight weeks – whatever it takes for that franchisee to be successful. We’ll hold their hand until they’re ready to go on their own, because I want that initial business to stay.”

Neal adds that once a restaurant is up and running, its advertising regimen remains limited. “We hardly advertise at all,” he maintains, “because I believe that if you put out really good service and a really good product, you shouldn’t need to advertise – that’s generally our philosophy, and it works. So, my advertising budget is very small; I prefer to put it into keeping the place clean; keeping the place trendy and buying good, quality products versus cutting corners. One of the best promotional ideas we ever had was our taco special; 26 years before there was taco Tuesdays, we developed Monday Taco Madness. It was a huge hit with the college crowd and the community. We started at 49 cent tacos to our current 99 cent tacos all day on Mondays. Now, having said that, we do advertise with Google AdWords. A lot of traditional advertising has moved to the internet. About 25-30 percent of our business is delivery, so we use the E24s and GrubHubs of the world to get the word out that we’re here. We use the Rewards Network that sends word to credit card users that they’ll receive points on their credit card if they come in and eat at the restaurant. So, those are some easy things to get the word out that we’re new and in the area.”

As Taco Rico continues to expand, Neal is confident that the brand can hold its own against the competition – both big and small. “We’re a value-oriented establishment and our prices are very competitive,” he states. “There are a lot of taco shops throughout the nation and we’re nothing like them. We’re a restaurant with quick service, so customers order at the counter and we bring the food out to the table. But, we cook like a real restaurant on real plates. And we compete extremely well with the Chipotles, Moe’s, and Lime Fresh Grills of the world, too,” he adds. “We cook fresh everyday from scratch and the friendliness of the service in the dining room is another key to our success. Our recipes have been developed over 26 years, with fresh food cooked like nobody else is cooking. The uniqueness of our concept differentiates us from the big boys in the Mexican food space.” 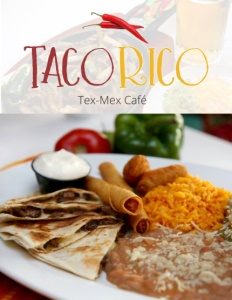