Business View Magazine interviews Jean-Pierre Legris, President of LITO, as part of our focus on best practices in the Canadian transportation sector.

We have all seen electric cars, and many of the more exotic car companies are even making luxury electric racers and roadsters. But what about an electric motorcycle? LITO out of Quebec, Canada is dominating the field with its luxury bike.

LITO spent two and a half years testing prototypes before releasing the first Sora in 2014, which features an electronically adjustable seat that converts the cruiser to a sportier café racer. The bike also has a continuously variable transmission and a regenerative braking system that allows it to recover power during stop-and-go driving. 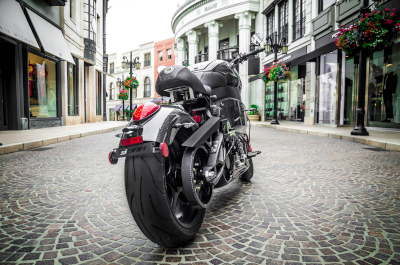 The Sora is all torque – 70 ft. lbs at the motor, to be exact, delivered instantaneously, which allows it go from zero to 60 mph in 3.2 seconds. Without the rattle of an internal combustion engine, the Sora delivers a smoother ride that is more stable than a standard gas-powered cruiser in turns and at high speeds. The hand-assembled 18 kWh lithium-ion battery, which can be charged via a standard household electrical outlet, produces 90 kW. The bike can reach over 120 mph and has a range of 100 highway miles and 180 miles around town. With a chassis made from carbon fiber and aluminum, the Sora features a convenient Safe Range Mode that helps prevent running out of battery power. Riders can input their destination into a touch screen GPS and the bike automatically sets the maximum speed and power usage needed to arrive at the given location.

“I incorporated the business in 2009 but I started working on this particular project in 2008,” says Jean-Pierre Legris, President of LITO, “and after working for major automotive manufactures around the world, I fell in love with the automotive innovation I had found there. So when I came back here to Canada, I thought to myself, ‘How can I recreate this kind of environment in a company here in Quebec?’ And back in those days, we couldn’t imagine that there was anything electric on two wheels except the scooters and very low-speed vehicles. But on the other side, in the car industry, all the debate was already done, in my point of view. We saw all those who were planning to go to hybrid, plug-in hybrid, and pure electric, but we didn’t see that for the motorcycle industry.

“So, back in 2008, I saw a tremendous business opportunity, developing an electric motorcycle. My goal was not to become a boutique; it was to become an international player and a major leader in the electric motorcycle industry. So, in 2009, I started the business from a small office in my basement, working full-time for another job. I did that for about a year and then I jumped full-time into LITO at the beginning of 2010, where I hired the first team of engineers and designers to complete development of the first product that was put on the road as a prototype in 2012. We got all the major certification from Transport Canada and NHTSA, EPA, and everything in the States. It was granted all the certification in 2013/2014 and that’s when we started the manufacturing of the first batch. We delivered the first Sora to customers in 2014.”

Having positioned the Sora in the high-end market, LITO now has a few dozen units sold. Marketed as one of the highest quality motorcycles out there, whether in the electric or gas powered category, there is no compromise in terms of innovation, quality, or power. Of course, as Legris points out, high-end quality means high-end customer and, ultimately, high-end price. The base model starts at $77,000 US and the signature series costs $104,000.

“It’s just not viable to sell those motorcycles at, let’s say, 20 grand or 30 grand, which is quite expensive for a standard Kawasaki or a Harley Davidson,” Legris goes on to point out, “but we have made a choice of making it the best possible. There is an electric seat that you can adjust while riding. There is a 5.7″ touch screen GPS that you have on the motorcycle. You have the quality in terms of carbon fiber framing. The motorcycle has all the high-end compliments and accessories and in terms of performance, it’s an electric motor. So, it’s quick to start. And right now, the limit of acceleration is the grip of the rear tire. So, it’s a fun ride!”

The research and development, as well as all of the manufacturing, are done by a few dozen employees out of Quebec, but all of the sales and marketing operations are managed through the company’s base in Los Angeles.

“We cannot go through conventional motorcycle dealerships,” Legris explains, “because right now, how it works when you want to buy a motorcycle is that you’re comparing the models over the internet, you’re making your own choice, and the final step is looking for a place to purchase it. So, if the dealer is nice with you, he might end up with a sale. So right now, when you’re entering a motorcycle dealership, 80 or maybe 90 percent of the job’s already done. So, we figured out it’s not a good place for us to distribute our motorcycle. Instead of that, we team up with exclusive, high-end car dealerships. For example, we sold a model through McLaren/Beverley Hills. That is the type of partnership we’re looking at. So, instead of paying $100,000 in a $20,000 motorcycle showroom, we’re a $100,000 motorcycle in over a million dollar car showroom.” 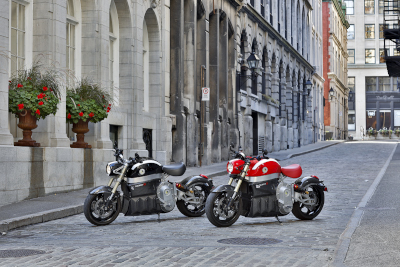 And the reaction has been totally crazy. When Legris rides his own motorcycle to downtown Montreal people stop to stare. “There’s not a day that I’m riding this motorcycle that there aren’t ten thumbs up and each time we stop at a crossroad or something like that,” he quips, “or that the car next to us is just opening his window and is like, ‘What the hell is that?!’ So, this motorcycle is creating more reaction than any high-end super car that you see on the street. That’s why the McLaren dealership wants us to share their showroom.”

Right now, LITO has a complete platform that it adapts on a few different models. For example, it was able to create a special police version for a city that wanted to showcase the cycle. Legris and his team are working on a model for next year that’s going to be even more powerful. The company truly wants to push the limit and the boundary of innovation with the electric motorcycle and because of that it has found a very good niche market.

“We have customers right now from around the world,” says Legris. “We have customers in Canada, the United States, Germany, France, Switzerland, and there’s a guy in Kazakhstan riding our motorcycle. So, we have been selling around the entire world – more as a pull than a push of product. Customers are calling in and want to buy our product and we never say no. But what is very good about LITO, right now, is that we signed a major financial partnership at the end of last year and now we are having the means to do things properly. So, we are planning a major push for our product in North America for next year and after that, maybe in two years from now, we will expand our other market.”

“In terms of the customer perspective,” he continues, “we are everything regarding innovation, quality, and power. That is what is defining our product. In terms of business and, let’s say, milestone or a visionary stake, we are the first electric vehicle manufacturer for personal mobility in Canada. So, I mean, when you go back to 2014, getting a motorcycle on the road, where at that time you just have the Tesla Roadster coming out and all that stuff, we were there at the beginning of the wave. We’re not just following the wave, we are creating the wave.

“I think there will be room for everybody in the near future and my goal here is not to compete against Honda or Kawasaki or Yamaha because those guys will come out with an electric motorcycle a few years from now that will advertise to maybe this market. And they will be able to cut down on price, adding plastic here, some plastic there, and they’ll be able to maybe do a good job. But, right now, if you’re looking for an affordable electric motorcycle, you have zero choice. I believe that right now for the car industry, there’s a place for Mercedes, there’s a place for Bentley, there’s a place for Rolls Royce, and there’s a place for Toyota and Ford and all those guys. And I’m sure that in the future in the electric motorcycle industry, it’ll be the same. So for us, right now, it’s important to position the brand in terms of innovation, quality, and power. And if we were coming out with the $20,000 motorcycle, that $20,000 motorcycle will still have the three-word taglines of innovation, quality, and power.”

WHAT: A manufacturer of electric motorcycles

Why Warehouse Automation is Gaining Momentum in... 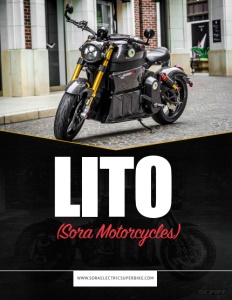