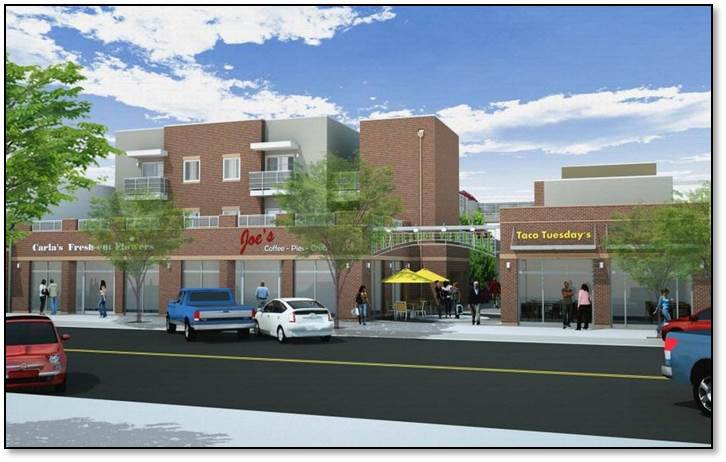 “The City of Reedley is an excellent all-around community, and a great place for people to operate a business and raise a family. It’s a very friendly place to live, work and play,” says Rob Terry, Reedley Community Development Director, and one of this central California city’s biggest fans. He describes Reedley as the perfect size: approaching 28,000 people – big enough to have the amenities people want, but small enough to be a tight-knit and welcoming community.

A strong relationship with the Reedley Chamber of Commerce keeps things running smoothly. Terry acknowledges, “We work daily with this agency. Their collaboration and coordination is vital to ensure every business receives the support they need. And they reach out to businesses interested in finding a new home, or expanding their existing footprint. We welcome them here with open arms.”

One of the city’s unique draws is the Reedley Parkway Rail Trail. The 2.6-mile Parkway follows an abandoned railway line stretching from the northwest to the southeast corners of the city – right through the heart of the community. It runs right next to Reedley College at the north, through the Downtown Business District, and to the 40-acre Reedley Sports Park at the south end of town.  Terry says, “On any given day, you can interface with 100 to 200 people on the trail, which is phenomenal for a community of our size. The Sports Park, especially, is heavily utilized by the public. It’s home to athletic fields and our award-winning water tower – a 1.5-million-gallon water facility with a beautiful deck surround, and convenience and concession stands at the bottom perimeter. Up on the walking area, you can see the town stretching out in front of you, and the Sierra Nevada mountains off to the east. It’s a very peaceful, yet vibrant type of place.”

Reedley’s well-maintained downtown core is also another active community gathering place. An exciting new development, Paseo 55 (previously called Trail Side Terrace), continues to help in that progress. The mixed-use project consists of commercial activities on the ground floor and 55 housing units behind and above. Construction is 85 percent completed, and it’s anticipated to open in the Fall of 2017.

The Reedley Parkway has significantly increased the amount of bicycle and pedestrian traffic throughout the city, because it bisects the City Center, adjacent to the Downtown Business District. The Paseo 55 development connects directly to the Parkway, and serves as an excellent example of “if you build it, they will come” mentality, having an extensive waiting list for rental units before the first shovel went in the ground. As Paseo 55 nears completion, adjacent businesses are putting more effort into their facades (many downtown buildings date to the early 1900s) and how to attract people. It’s a domino effect that’s playing out in a positive way.

Transportation infrastructure places high on the city agenda. Terry admits, “We need people to have easy travel within Reedley, and access to the outside of the community as well. Our main gateway is where Manning Avenue crosses the Kings River at the Manning Avenue Bridge. The bridge was recently reconstructed to improve safety for pedestrians and bicyclists, improve aesthetics, and celebrate the historic nature of Reedley. This improved gateway ushers in a wonderful sense of place as you enter our fine City. During construction, focus was also placed on environmental protection and enhancement. A large bat population lived under the existing bridge, and we took that into account, making sure their homes were saved. It was a unique project that now serves as an attractive and functional entry to our city.”

The newly completed Reed Avenue roundabout is a prime example of a community coming together with planners, engineers, and public works to improve roadway safety, efficiency, and aesthetics. The design incorporates traffic safety measures for automobiles and pedestrians, improved access to the school site and local business, and vastly improved curb appeal of the area by incorporating drought tolerant and sustainable greenery. The roundabout was the second of its kind in Reedley. The other one, installed seven years ago, was the first roundabout in San Joaquin Valley.

Agriculture is a major economic driver for Reedley. Terry says, “The San Joaquin Valley is the most active agricultural region in the entire world as far as its production. We are consistently looking for ways to interface with the agricultural community, because it isn’t only the agriculture itself, and the workers and farmers directly associated with that, it’s also the ancillary businesses that support the ag sector.”

Reedley’s largest ag-related employer is Moonlight Packing – a cold storage and packing facilities located within the city limits, specializing in the growing, packing, and shipping of the world’s most delicious peaches, nectarines, plums, pluots, table grapes, oranges, lemons, mandarins, and pomegranates. Several other agriculture-related facilities are within, and adjacent to, the city, as well as the actual farming operations.  Additionally, Kearney Agricultural Research and Extension Center, which is part of the University of California system, is just outside of the city, which hosts agricultural researchers and experts from around the globe.  A good portion of Reedley’s population is employed about 25 minutes away in the Fresno metro area – home to over half-a-million residents, and many of those jobs touch agriculture in some way.

It’s not just agriculture, though.  “Reedley is also home to Thiele Technologies, an international leader in the design, manufacture, and integration of high-speed packaging, converting and robotics equipment,” states Terry.  “Adventist Health also maintains a full-service, acute-care hospital with full emergency, laboratory, medical imaging, and a birthing center. Businesses choose to locate here because of the welcoming culture, the available and capable workforce, the opportunities for growth, and the high quality of life present in Reedley.”

Reedley is also the home of Reedley College – which specializes in math, science, engineering, and agricultural and aviation technologies. The college maintains an enrollment of over 10,000 students, and 500+ full-time employees, and people come from around the world to Reedley College for its aviation program. The college recently signed agreements between the city-owned-and-operated Reedley Airport and the Reedley College Aviation Department. And the city partnered with CalTrans (California Dept. of Transportation) and the Fresno Council of Governments to receive some funding for two fully electric airplanes – the first of their kind in the U.S. Operating out of the city of Reedley, the planes completely eliminate greenhouse gases expelled into the atmosphere by jet fuel, and will serve as the catalyst to support additional aviation sciences, technologies, and training at Reedley College and beyond. The airplanes, themselves, are scheduled to arrive by the end of summer, and Sustainable Aviation Pilot training courses, through Reedley College’s Aviation Maintenance program, are set to begin in 2018.  The sky’s literally the limit for the city’s future.

In 2014, Reedley adopted its 2030 General Plan that focuses on orderly growth, neighborhood connectivity and walkability, mixed-use development, preservation of the city core, and support for a diverse and active community economically, socially, and recreationally. It includes a policy that blocks annexation of land into the city unless more than 80 percent of the city limits are being fully developed.

At this point, Reedley is just above 90 percent developed, due to a very consistent effort. Terry says, “We know the positive impact that has on the city and its services, and it works to quell sprawling development that creates additional challenges. That doesn’t mean we aren’t working with developers to provide housing opportunities for our residents; we absolutely do that. We are just very conscious of the balance we need to maintain in the community. Our population is growing, but we work hard with the development community, our city council, our planning commission, and the public at large to make certain we are at the appropriate level of growth.”

He adds, “It’s been common in the San Joaquin Valley in the past generation to build quickly and have several hundred units in a community our size come in every six months or so. You then have a lot of vacancy, and what ends up happening is the value doesn’t hold for those who purchased into those homes. It can be bad for the developer and the individual property owner.”

Terry sums up the city with a poignant description: “Reedley is absolutely the gem of Fresno County. We have amenities here that are not found anywhere else in the San Joaquin Valley. In fact, we’re jokingly referred to as having the only beach in central California, ‘Reedley Beach,’ on the banks of the Kings River – which is flowing better now than it has in about seven years, after a long drought. So, if there is one phrase that highlights the essence of Reedley, it would be ‘big town amenities delivered with small town care.’” 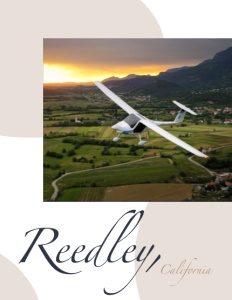