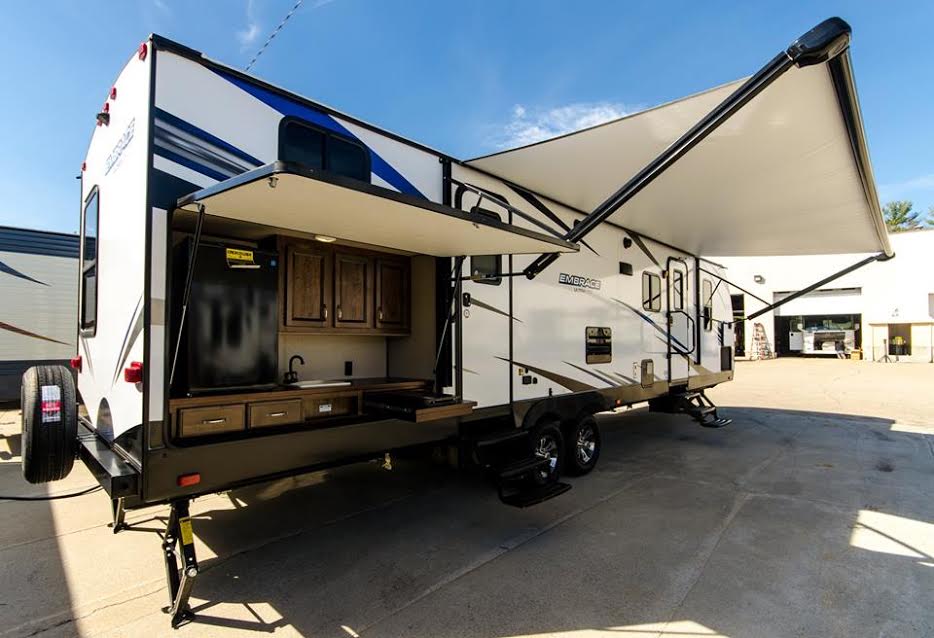 “Never underestimate the power of putting the customer first.” It’s the golden rule behind every successful business. Campers Inn RV is a prime example; a family effort founded in 1966 by Art and Fran Hirsch because of a bad customer service experience at an RV dealership. With three school-aged sons in tow, they walked away after being treated poorly, saying, “We think we can do better.” Not long after, they poured most of their savings into purchasing a few RVs, and parked them on their front lawn. It was a brave statement and the beginning of a legacy. Last year, Campers Inn RV and the Hirsch family celebrated 50 years in business.

Ben Hirsch, Art and Fran’s grandson and current COO, shares the backstory. “Until the early 2000s, we were basically a New England company with three or four dealerships there at various times. And we were pretty content. But, we noticed a lot of our customers were traveling north and south – what we called ‘Snowbirds.’ So, we opened a store in Florida. Then, we realized that people were looking for an actual service network, and we’ve been opening stores and service centers up and down the east coast ever since. Our growth phase has been going on for 15 years, especially the last five.”

Today, Campers Inn RV is a valuable employer and respected name in the industry, with 16 stores in 10 different states and more than 500 employees. Their dealerships sell all types of new and used recreation vehicles – from small pop-ups that morph into hard-sided tents, to massive, high-end, diesel motor homes.

Competition is tough. But they have two huge benefits in their favor. Ben explains: “We try to be the trusted resource in each of our local markets. We hold educational seminars, and we don’t have a high-pressure process. When the customer comes in the door, we truly want to find them the right RV that fits their needs and budget. All our stores have high service, and we’re currently expanding our service capabilities in three different stores to keep up with the demand. Being a trusted resource means taking care of customers throughout their life cycle, not just the first sale.”

The second piece that sets them apart from competitors is the Campers Inn RV network. Ben notes, “We have the largest family-owned-and-operated network of dealerships in the country. There is a larger public company, but we’re the biggest family-centric network. So, customers know we’re going to take care of them, wherever they are.”

The Great Recession hit the industry hard, and Campers Inn RV was no exception. But it wasn’t as devastating for them as it was for many others. Ben acknowledges, “It wasn’t the most pleasant experience for us, as a company. We didn’t contract stores, in fact, coming out of the recession we were one of the first dealerships to expand. But, it doesn’t mean it wasn’t painful going through it – obviously demand was way down. There were customers getting their RVs serviced because they were still using them. For RV purchases, though, it was a tough time. Being a service-oriented company was a bonus for us, because we still had the ability to service those customers, and we weren’t reliant on the sale.”

Campers Inn RV is growing at a rapid pace. A new service center at the Union, Connecticut store is in the final stages of completion. And service capability is expanding with a new building at the Byron, Georgia location. Expansion is also ongoing in northern Virginia. Other facility upgrades are in progress, as well as some acquisitions cooking on the front burner.

Five years down the road, Ben sees a positive future for the company. “We’re going to continue to grow, strategically. What that means is, if we ever find that our customers are being sacrificed because of our growth plans, we’ll stop growing. They still come first. But, we do believe that as we continue to grow, our service network is better serving our customers. Our strategy is to continue to build out and expand our operations. This last December/January, we acquired an operation in Indiana, right outside Louisville. That was our first foray into the mid-west, and we plan to continue expansion in that direction, as well.”

Like most players in the industry, Campers Inn RV and the Hirsch family have cultivated relationships with a plethora of partners including manufacturers, banks, and parts suppliers.  Ben says, “Many manufacturers we’ve dealt with for a long time have consolidated in the past few years, especially during the recession. We’re doing business with all the major manufacturers at this point, and have relationships with the people at these manufacturers, some going back decades. Whether it’s Thor, Forest River, Winnebago, Grand Design, Tiffin, or Gulf Stream, we do business with all of them in some capacity.”

Campers Inn also deals with top financial institutions, including Bank of America, Bank of the West, and M&T Bank. And it does an incredible amount of business with NTP, a major parts and accessories supplier for the RV industry. Ben adds, “At this point, with the number of locations we have, we’re doing business with most of the major suppliers and vendors in the industry. It’s a great network.”

With demographics changing, attracting customers from a new, younger market is crucial going forward. Baby Boomers still make up a huge portion of sales; people in either their peak earning years or peak spending years. Both types of consumers are good for business, as they look for different ways to spend their vacation dollars. Gen Xers starting families are buying RVs, and some older Millennials are looking for ways to bring their family together. The recreation vehicle lifestyle is appealing, especially to those with young kids.

Ben reports, “We’re seeing it more and more. How to appeal to them? You do things a little differently. It’s not the TV or radio advertising that brings them in. Sometimes it’s connection through social media, more modern technology. Those customers are coming in when they feel connected to a brand; oftentimes, either asking for a specific manufacturer, or they’ve seen us on Facebook. A different way of connecting, but they still want the same things as the other generations. They want value when they purchase an RV and they want the service experience after the sale.”

The new models of motor homes are becoming smaller and more fuel efficient, and manufacturers acknowledge that feedback from dealers is what dictates the features they’ll produce in the next cycle. Ben agrees. “There are still the huge motor homes out there, there’s still an audience for that, but recently we’ve seen a crossing of the different blends. The motor home sector now includes everything from van conversions to cut-away chassis, Class ‘C’s, and different sizes within them. The Class ‘A’s even cross over a little bit with the Class ‘C’s in size and such. It’s interesting. We are finding the smaller RV is becoming attractive to someone who lives in a suburban environment because they can maybe park it in their garage. So, the almost ‘hybrid’ type of RVs are becoming popular since they suit all different lifestyles.”

For this half-century-old, Hirsch family-business dynasty, success is a by-product of the company’s exceptional attention to service. All Campers Inn RV team members go through extensive training in the RV Learning Center Program or Technician Training Program to ensure they have the ability and knowledge to provide the best service. Ben wants to get the word out to people interested in the RV lifestyle. “We’re the largest network of family-operated dealerships in the country, so we can look after our customers right down the east coast. We have two dealerships in Florida; or if you break down in North Carolina, we’ve got three dealerships there. If there’s a problem, we will always figure out a way to take care of you.” 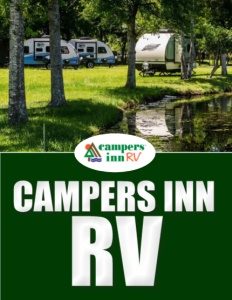