The Energy Council of Canada – Leading the discussion 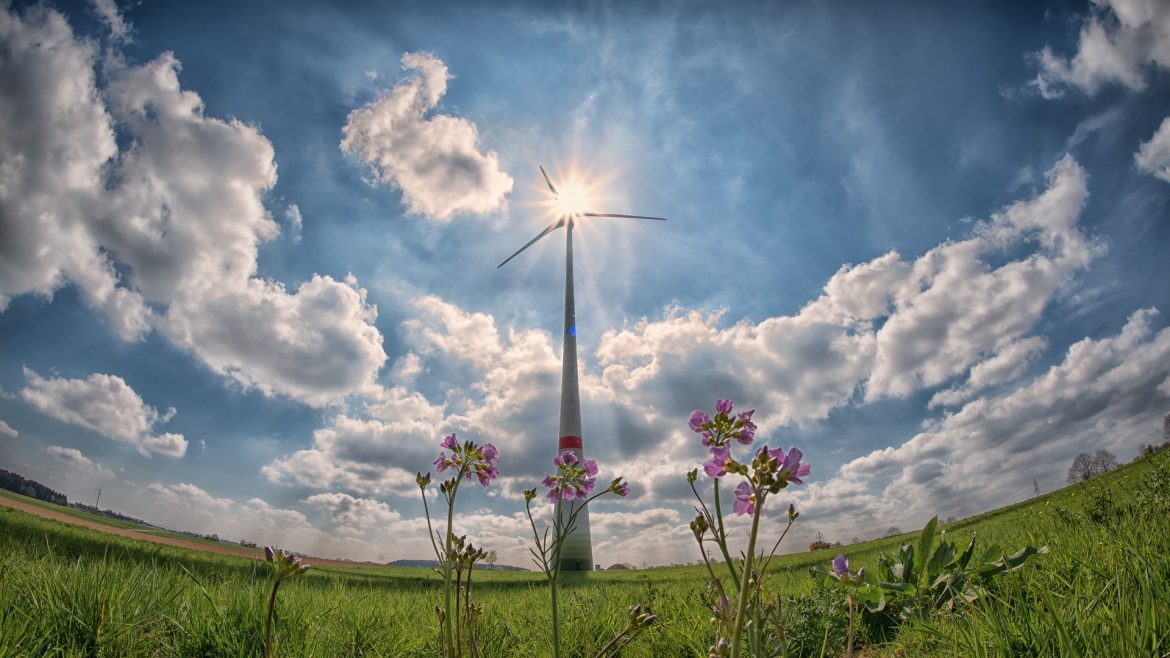 Business View Magazine interviews Graham Campbell, President of the Energy Council of Canada, as part of our focus on energy in North America.

The Energy Council of Canada (ECC) is the Canadian Member Committee of the World Energy Council, both of which were founded in 1923. The ECC is a vehicle for strategic thinking and seeks to forge a better understanding of energy issues among the public and private sectors, and the country at large, through discussion, fact-based studies, and the exchange of information on all forms and aspects of energy.

Its membership is made up of 75 organizations from across the country, including: energy corporations, energy industry associations, Canadian federal and provincial government departments and agencies, academic organizations, professional services firms, and crown corporations. The ECC covers all sectors involved in energy in Canada, including oil and gas, electricity, energy end-use in the industrial, residential and commercial sectors, and sectors which make use of energy commodities as inputs to their industrial processes (e.g., the petro-chemical sector). Its vision is a secure, affordable, stable, accessible, and environmentally-sound energy system, providing for the greatest benefit for all Canadians.

Recently, Business View Magazine spoke with ECC President, Graham Campbell who talked at length about the organization’s operations, philosophies, and goals. The following is an edited transcript of that conversation:

BVM: Can you articulate, for our readers, how the ECC views the energy landscape in Canada, today?

“We’re also involved in the end use of energy. As you probably know, the bulk of emissions that a country produces into the atmosphere, come from when energy is used, either for the production of electricity, or from automobiles, buildings, and industry – the latter being the major contributors. Some 56 percent of Canadian emissions come from those sectors. So, our compass would look at, not only the supply side and the transportation side, but also the end use side. So, that comprehensive energy system view, rather than an energy component view is the strong feature for the Energy Council of Canada.”

BVM: The Energy Council seems to include groups that may have mutually exclusive agendas. How can it operate effectively in that milieu?

Campbell: “We address the higher level, horizontal issues. And we find that solutions to the issues are often well-addressed by a multi-sectoral approach. So, the issue of sustainability, for example. Rather than favoring nuclear, or favoring coal, or favoring natural gas, we would say something like: ‘We need to do energy differently – we can’t do it the same way we’ve always done it; we need all sources because of the demand and the available supply; we need to balance that and there’s probably an opportunity to integrate across the various sectors to make the best use of renewables, the best use of nuclear, the best use of natural gas, to make the system, overall, more sustainable.’

“Another example would be social license. If a power company wants to build a plant in a community, and the community is mad at it, we wouldn’t intervene in that situation. There’s a higher level dialogue between government and industry that would say: ‘We need the power, we can position and manage it properly so that the environment’s protected; we can do it in a cost-effective manner, and here are some options, some ways that can be done.’

BVM: So, you don’t actually advocate for particular positions like most trade associations do?

Campbell: “Advocacy does not figure into our lexicon; dialogue, finding common cause, working together with the players to create an environment where informed discussion can take place instead of an acrimonious discussion is the type of milieu that the Energy Council of Canada plays in. Honest broker, convener, objective information provider. That type of role is what we’re recognized for.

“Also, if you look at the average industry association, their primary role is to advocate on behalf of their sectors. Differentiating us from them, is the fact that we have government within our active membership, so everything we do, whether it’s an event, or a workshop, or our leadership award event, is all done with the full participation of government people. So, rather than being an advocacy group, where we would advocate certain policies and positions and hope government would follow them, we actually work with government to try to inform the discussion, talk about options, debate the pros and cons, and build up an agreed consensus to things that could, or should, be done that affect the energy sector, going forward.”

BVM: What would you say are the ECC’s major strengths as an organization?

Campbell: “With our membership – multi-sectoral industry, government, and support associations – we have a tremendous base of expertise to draw on when we do events or write reports or position ourselves on particular issues. So, that is not only a strength to govern the organization, it’s also a tremendous resource that really puts us in a very strong position to either provide advice, or to understand the dimensions of an issue, or to speak on observations that we might make.

“The papers we write are widely circulated within government and industry to inform the policy debate. We’ve done sessions on decarbonization, on energy infrastructure, on social license – if there’s an issue, we’ve probably addressed it. And the idea is to bring those parties together, plus people from the energy community that aren’t our members, for an informed discussion that will lead to advancing the issues at hand.

“Lastly, I would say that another differentiating feature, and strength, of our organization is our connection with the World Energy Council. This organization is 97 countries strong. It just completed its 2016 congress in Istanbul, Turkey. It produces a lot of reports that are useful backgrounders or source of ideas, and we’re unique among the industry associations in the way that we have a close and intimate connection on behalf of the World Energy Council.”

BVM: How is the ECC run?

Campbell: “We have a staff of four. The Executive team is myself and the Director of Operations and Board Secretary, the latter two positions are held by one person. The size of the staff is small, but the way the Energy Council is governed enables us to operate with cross-Canada engagement, starting off with the Board of Directors made up of our highest level members. The functional work is guided by an Executive Committee that’s chaired by the Chair of the Board of Directors. And then there are functional committees that look after our programs, membership, engagement with the World Energy Council, studies that we do on behalf of the energy community, plus communications and finance. Those standing committees are all chaired by our members from across the energy sector and that is where the main work of the Energy Council gets done. The limited staff here in Ottawa looks after the process, but the pro bono work done by our committee chairs is really what makes this organization work successfully.”

BVM: What are some of the current issues that the ECC is focusing on?

Campbell: “One is climate. The Canadian electricity system, for example, already is about 80 percent emission-free; approximately 60-odd percent from hydroelectric power and another 17 or 18 percent from nuclear power. So, if you look down on our system from the standpoint of emissions production, we’re very largely, emission-free, already, and our government, both at the provincial and federal levels, are moving to eliminate or phase out the use of coal, for example, going forward.

“Then there’s the integration of renewables – and I’m distinguishing here between large hydro, which is a Canadian tradition, and wind and solar, gradually entering into our generation of mixes. We’re trying to find that blend or mix that works best for Canada to achieve not only our energy supply, but also our environmental goals.”

BVM: But once you’ve articulated those goals, who actually puts the policies in place to achieve them?

Campbell: “In Canada, our provinces, of which we have ten, are autonomous when it comes to energy within their jurisdiction. So, the Province of Alberta, the Province of Ontario, set the energy policy, the general direction that energy generation will take in the future – pricing, and matters relating to how carbon emissions will be eliminated or reduced by policy measures, regulation, or incentives. So, each province in Canada looks after that on behalf of the citizens within that jurisdiction. The federal government has overview when there’s trade between two neighboring jurisdictions, between two provinces, for example, or between Canada and the United States, and the federal government sets targets for the country that have to be met in order to fulfill our international obligations. So, jurisdictionally, the bulk of the responsibility falls with provincial governments, and we need to provide a way to bring all those initiatives together, add them up, report on them, and put them forward for the federal government to put forward in international discussion.”

BVM: Can you elaborate on that – the international discussion?

Campbell: “As part of the United Nations Conference of Parties (COP) process, each country has identified the contributions that they might be able to make to emissions reduction; it’s called the INDCs (Intended Nationally Determined Contributions), and they were agreed to in November 2015 conference of the parties in Paris – the milestone COP, as we call it, that occurred at that time. At that point, Canada put forward goals that were a reduction of 30 percent of our emissions by 2030; so 30/30, if you like, all relative to our emission level in 2005.

“So, where we are in Canada, is that several of our provinces have moved forward with climate policy initiatives and many of them are world-leading. We have a fuel-based carbon tax in BC; we have a regulatory limit on carbon in Alberta that’s just been recently updated; Saskatchewan is investing in technology for carbon capture and storage; Ontario has eliminated coal from its electricity generation mix and it’s engaging in a cap and trade system; Quebec trades emission credits with California; Nova Scotia has already reduced its emissions by 36 percent relative to the 30 percent target, so they’re there, already, largely by changing the electricity generation mix within their jurisdiction.

BVM: Speaking of going forward, can you sum up Canada’s energy outlook?

Campbell: “The resource base of Canada, when it comes to energy, is staggering; we’re the envy of the world. So, energy will continue to be a source of economic growth, regional development, jobs, etc. in Canada. And, we’re proud of that; it’s a Canadian strength.”

WHO: The Energy Council of Canada
WHAT: A national association representing Canada’s energy sector
WHERE: Ottawa, Ontario
WEBSITE: www.energy.ca 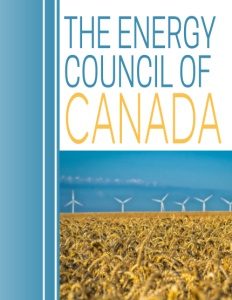