North Carolina’s Greenville Convention Center (GCC) is the largest and most flexible event and meeting center in the region. Three AAA-rated, 3-Diamond hotels and two on-campus restaurants complete the convention center campus, creating an immersive event experience for planners and guests alike. A team of event and service professionals with over 100 years of combined hospitality experience work one-on-one with event coordinators from beginning to end of the event to ensure every detail comes together.

Now in its 16th year, the Greenville Convention Center is committed to having one of the most environmentally efficient convention centers in the nation. Recent LEED Silver Certification demonstrates the understanding that going green is critical to being a responsible member of the local community and the planet. The Convention Center is a public/private venture. It is owned by the City of Greenville and supported through occupancy tax collections to pay the debt services and mortgage on the facility. However, it is privately managed and operated. Prior to 2002, Greenville had struggled to get a convention center built. Then, a private investor came forward to partner with the city.

Rhesa Tucker, CEO, recalls, “The owner of the Hilton hotel stepped up to the plate for the private sector to join forces with the City of Greenville to build a convention center. We are a small college town and we needed larger meeting facilities and options for conferences and entertainment events without having to go to the University or the local community college. At the time, the Hilton Greenville was the largest hotel in the area, but it was limited in the number of meeting spaces available. So there was a need, not only for our community but all of eastern North Carolina. It took 10 years for the convention center to come to fruition and I was involved every step of the way.” 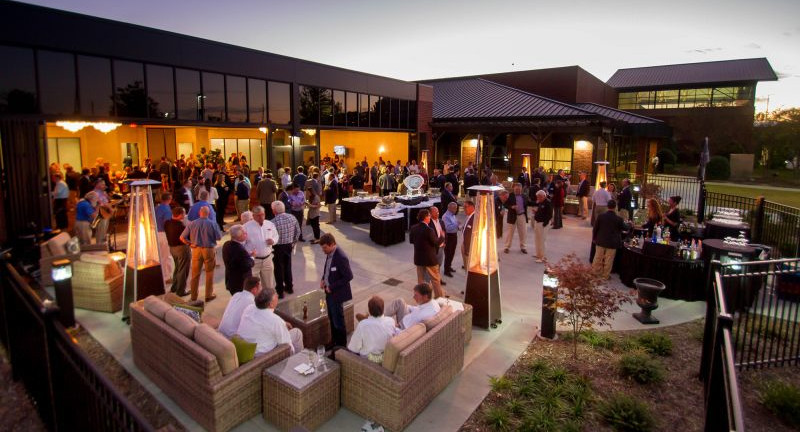 The facility, itself, was built adjacent and adjoining the Greenville Hilton. Since the original construction of the Greenville Convention Center, the owner has also built a second hotel and purchased a third on the other side of the Hilton, creating a 32-acre campus with the GCC as its anchor, and over 400 sleeping rooms physically connected to the facility. Two years ago, the GCC completed a $4.5 million renovation and expansion project; everything existing was completely up-fitted and 11,000 sq. ft. of meeting space and nine new breakout rooms were added. Today, it boasts one of the largest meeting facilities east of I-95 with over 91,000 sq. ft. of total campus space.

Four major event types are held at the Greenville Convention Center: conference and conventions; consumer shows; entertainment events; and local social (weddings, family reunions, non-profit galas, etc.). The facility is a much-needed gathering space in the community and has been prosperous ever since opening its doors, 16 years ago. Greenspace behind the facilities can also be utilized for a bevy of specific outdoor requirements for conferences and conventions.

For example, the North Carolina Electric Municipalities has held their Lineman’s Rodeo at the GCC. As Tucker explains, “A month in advance of the event, telephone poles are mounted in the ground on the greenspace and teams from local cities have skills competitions with each other – loud music is played and it’s a lot of fun. At other times, we have festivals with inflatables and rides for kids. And, of course, no outdoor event schedule in the South would be complete without our famous southern pig pickin’ (a party or gathering which involves the barbecuing of a whole hog). Events like a true eastern North Carolina pig pickin’ give people a real taste of southern hospitality. We also have a grand pedestrian plaza out front with two stunning water features. People can take a break from a conference, walk outside for a coffee or soda, sit on a bench under the trees, and relax. And no worries about being late, we have a sound system out there to announce when it’s time to reconvene.”

The Greenville Convention Center delivers an unrivalled, exceptional experience to every guest that comes through the doors. The campus atmosphere, itself, makes the Center unique. As Tucker tells it, “There are lot of communities where the hotels and convention center, or hotels and the city, can’t play together in the same sandbox. We are one big company with the campus, and that helps tremendously, but we also get along remarkably well with our local Greenville-Pitt County Convention and Visitors Bureau. We actually like each other and work well together.”

For several years, the GCC has averaged over 330 event days, annually, and far more actual events, since the facilities can accommodate multiple, simultaneous events on a given day. As for entertainment shows, they run the gamut from a circus (with elephants, lions, and tigers in the building), to concerts featuring R & B and Country Music stars, comedy shows, MMA (mixed martial arts) fights – the variety is vast. Concert-type events have the capability for 3,000 attendees, but after making room for a stage and sound board and other necessary items, 2,500 is generally at capacity – with two tiers of tickets, an event could do 500 VIP and 2,000 General Admission. The Greenville Convention Center also does numerous religious conferences every year. The largest is the North Carolina United Methodist Conference which draws about 2,000 attendees, annually.

Beyond convention and meeting spaces, the last expansion included a beautiful ballroom with a glass wall that completely opens to create a spectacular indoor/outdoor space. Perfect for an open air wedding with an indoor reception, or an outdoor cocktail party with dinner served inside, afterwards. Having three quality hotels (Hilton Greenville, Holiday Inn, Hampton Inn) on campus, also offers a variety of price points for guests and conference attendees. In addition, there’s the pleasure of one indoor and two outdoor pools.

Tucker acknowledges, “Of course, the Hilton and Holiday Inn hotels are both full-service and have restaurants onsite, but the way we are positioned in the city, there are another 87 restaurants within a 1.5 mile radius of us, in addition to our campus restaurants. There are also 13 shopping complexes and smaller strip shops, and the Mall. Along with our 400-plus onsite guest rooms, there are 1,700 more rooms within a five mile radius. We’re right in the heart of it all, and only five miles from the airport.” 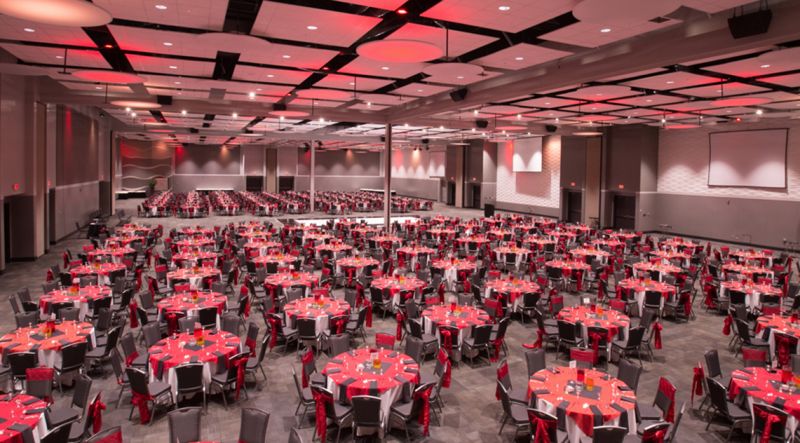 The Greenville community gets very involved when large events come to town – visitors don’t get lost in the shuffle, they are made to feel special and treated with true southern hospitality. Tucker notes, “All our local vendors for food, utilities, landscaping, technology, and entertainment are important to help us deliver exceptional experiences for our guests. It’s definitely a team effort for everyone. Our own team is involved with just about every non-profit in the community; serving on local boards and assisting with fundraising activities. We’re blessed to host many of their galas to raise funds, independently. We love to give back.”

Something else that sets the Greenville Convention Center apart from other area venues: The Hilton is the contracted caterer at the Center, but outside catering services are also allowed. If a guest needs to bring a local restaurant in with food, or perhaps has a family member that’s a caterer, they can do that. That kind of flexibility doesn’t happen with many facilities. The building has so much to offer – from built-in concessions to drive-in capabilities, and 25-foot ceiling heights to accommodate all manner of consumer shows. Tucker says, “We do a National Dealer Conference for local business, Grady White Boats, where they can showcase their large marine craft in our facility and bring dealers in from all over the country. The same with Hyster Yale, also based in Greenville. They manufacture forklifts and bring in distributors from across the U.S. for their National Dealer Conference.”

Tech-wise, the facility’s infrastructure is fabulous for all types of events. In-floor boxes, located 12 feet apart, house electrical data, internet, and phone lines, to avoid running cords throughout the building for trade shows. In addition to the easy access floor boxes for electrical and data needs, the exhibit hall houses multiple points for water line connections. Beyond the standard equipment, screens, and projectors for audio-visual presentations, every event is customized to the technology needs of the customer. The GCC has hosted numerous tech conferences with 500 to 1,000 attendees using multiple devices at one time. So, wireless internet speed has to be the best for streaming live feed to everyone’s phones, tablets, and laptops.

“Our facility is large enough in size, now, to accommodate anything we would need for the next 15 to 20 years,” says Tucker. “We do have additional space for expansion in the future; however, we can already accommodate about 85 percent of all the events out there, with rooms and supporting factors from the additional hotels. We are passionate about what we do, and I can’t reiterate enough, just how much it means to deliver unique and authentic experiences to our guests.”

Check out this handpicked feature on The Savannah International Trade & Convention Center. 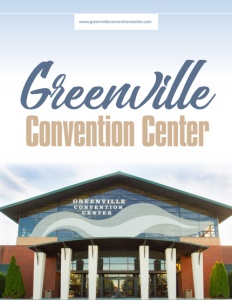