Business View Magazine interviews representatives of the Rural Municipality of St. Andrews, Manitoba, for our focus on sustainability in Canadian Provinces.

Bordered by the major Manitoba cities of Winnipeg to the south and Selkirk to the north, the Rural Municipality of St. Andrews is a charming mix of small historic communities that embrace country and cottage living. Tourism is a major economic driver, thanks to a bevy of renowned heritage sites and inherent natural beauty, along with world-class Catfish and Walleye fishing opportunities in the Red River, Lake Winnipeg, and regional creeks.

The Municipal leadership of St. Andrews has embodied four key principles over the last decade, which the current Council continues to advance. Those priorities are: dedication to fiscal responsibility; commitment to maintaining tax levels; commitment to improved service delivery and environmental stewardship; and cultivation of strategic partnerships to assist the above commitments. In 2014, Council started its term with approximately $4.5 million in reserves. At the end of its term, Council has approximately the same reserves remaining, while accomplishing several significant work achievements.

Rural Municipality of St. Andrews taxes only increased 1.6 percent over four years. That increase was all in one year – the other three years were held to zero – while carrying out the same level of service and, in most cases, more work, and adding equipment and staff to do the work. Mayor of the Rural Municipality of St. Andrews, George Pike, notes, “With all the infrastructure and expansion work going on here, we haven’t diminished our reserves, in fact, overall we’ve increased them. Some expenses highlighted this year came in under budget, so that’s money in the bank for further projects.”

The Rural Municipality of St. Andrews has made great strides in work management and activity reporting which, in the past, was largely undocumented. Now, all requests for service are logged, tracked, assigned, and reported. The backlog for open work orders is less than 10 percent of all service requests received. Costs associated with staff time and work orders are allocated to each respective category to help with future service planning and budgeting. The information is also key to asset management which will soon be required by all municipalities.

Councillor Russell Paradoski, Finance Committee Chair of the Rural Municipality of St. Andrews, reports on one of the area’s prime assets: “We have our own airport in St. Andrews, which we took over from Transport Canada in 1999. One of the busier, small-craft, regional airports in Canada, it’s a training center for pilots and a hub for a lot of flights to First Nations and remote communities in northern Manitoba. An expansion worth $2.3 million is going to additional lots, roads, and aprons and will bring more activity to the airport. The project is being completely funded internally through airport profits; no taxpayer dollars are being used. The St. Andrews Industrial Park, right beside the airport, is home to several technology businesses and we’re looking to expand that park to the south of the airport.”

Environmental stewardship is fundamental to the future of St. Andrews. In 2009, the Province of Manitoba passed legislation called the Red River Corridor which prohibited the installation of new or repairing existing septic fields in the area. The Municipality is now in the final construction stages of the South St. Andrews Wastewater Project, which will bring reliable wastewater service to approximately 2,000 homes that primarily relied on septic tanks and discharge fields. This is the culmination of 16 years of work to establish the design, funding, and partnerships to see it become reality.

The system chosen involved partnering with a neighboring municipality to construct a force main for transporting wastewater through a low pressure system to the City of Winnipeg for treatment. This approach leveraged cost sharing with the Rural Municipality of West St. Paul, along with the existing plant and staff capacity of the City, to provide the service. St. Andrews expects the system to be functional in 2019 and gives huge credit to grants provided by the Canada/Manitoba Infrastructure Programs, the Manitoba Water Services Board, and the Federal Gas Tax Programs. Total grant funding was in excess of 61 percent of the total project cost.

The wastewater project also ensures that housing in south St. Andrews is environmentally responsible, and opportunities for development exist, if needed. While the project was implemented to address long term problems with leaking septic fields, it also opens areas of land for additional housing and businesses. The north area of St. Andrews, too, is looking at additional wastewater treatment capacity. To this end, the Municipality has undertaken the design of two new wastewater lagoon cells at the existing Petersfield Lagoon. Environmental approval has been received for the design and the expansion intends to be “shovel ready” early in 2019. There is likely further development to occur for housing along and near the waterways in the Municipality, and the lagoon services a majority of these locations, so a study is being done to develop a long-term strategic development plan for this area.

The Rural Municipality of St. Andrews is also addressing environmental stewardship in waste management at its two landfills. A recently implemented electronic reporting system for landfill attendants tracks refuse coming into each facility. The system uses wireless, hand-held devices to provide critical information on waste streams and their quantities that will greatly assist in landfill management and future expansions. Recycling is also important in each facility and St. Andrews is continually looking for opportunities and partnerships to divert recyclable waste from the landfill to be reused or recycled.

Beyond the necessary infrastructure demands, recreation is another high-profile focus for families and residents wishing to enjoy a fulfilling, vibrant life in St. Andrews. In addition to the waterways, which boast a world-class fishery four seasons of the year, recreation facilities for individual and team sports is another important undertaking. The Municipality has completed a Feasibility Study of the Municipality’s recreation needs. One facility in the north will see extensive redesign, including outdoor athletic fields and a curling facility. The Petersfield area is known for producing curlers who compete at the National Level.

In the south, the plan is to build a multi-use facility including baseball fields, soccer fields, and a field house. The Municipality currently owns land and is completing a land drainage design for the area. From initial site plans and conceptual facility plans, work will be undertaken to allow a staged construction approach. Again, the Municipality will be looking at partnerships and grant funding to see the project to completion. For those preferring recreation closer to their own homes and neighborhoods, Rural Municipality CAO, Andrew Weremy, points out, “St. Andrews is in the process of completing the survey and layout of a 10 kilometer hiking and biking path that will connect the four southern wards where the bulk of our population resides. Concept plans are in place; the next step is to seek out grants and put together the costing. We hope to move forward in 2019 and 2020 to build the facilities and the walking trails.” 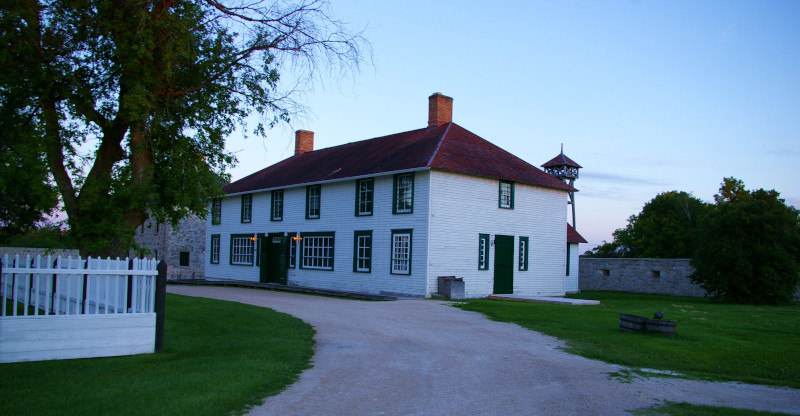 At the grand old age of 138, St. Andrews benefits from a healthy tourist sector – thanks to its inventory of historic buildings (such as Kennedy House, very popular for weddings, alongside the scenic Red River) that draw visitors from around the world. According to Mayor Pike, “The St. Andrews Church is one of the oldest, still-used house of worship in western Canada. Another famous location, Lower Fort Garry, was originally a fur-trading post for the Hudson’s Bay Company, and the federal government is pouring a lot of money into it this year for upgrades, including air conditioning, to make it even more amenable to tourists.”

Weremy adds, “Sports tourism is also big here. Being only a short drive away, when Winnipeg hosts major tournaments all the hotels in the City and our area are packed. Unfortunately, we can’t build hotels just for the peak times – they have to be sustainable and profitable for the owners. But it does become a problem, especially during our huge spring fishing events, where last year I saw several hundred vehicles parked on the shore of Lake Winnipeg. People drive out on the ice in six-passenger snowmobile-type vehicles, worth upwards of $60,000 each, to go fishing. There are a lot of sport enthusiasts who bring economic benefit to the Municipality and we’re quite grateful for that.”

Check out this handpicked feature on Columbia County, Georgia – A hidden gem.

WHAT: Historic Rural Municipality on the West Red River

WHERE: Minutes north of Winnipeg, Manitoba

Fort Distributors first Dust Control customer was the RM of St Andrews. The council was searching for a more environmentally friendly alternative to the current waste oil method for dust abatement. So, we presented council with a great new option, Magnesium Chloride. Through its benefits they have received many Manitoba Good Road Association awards.

We are proud be a supplier to St Andrews for the past 28 years! 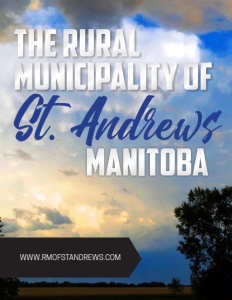