But they’re also quick to realize that without a healthy industry surrounding their endeavors, any successes they manage to achieve will at best be fleeting in nature.

Toward that end, the Hawaii-based couple has engaged in the creation of coalitions whose missions are to provide facts about biodiesel, including the Sustainable Biodiesel Alliance – which both provides a voice for those endorsing sustainable practices, but to create a certification system that’ll provide a greater degree of assurance to the quality, sourcing and sustainability of U.S.-produced biodiesel.

In the past, Kelly King said, some in the industry took advantage of loopholes in government incentives domestically or pursued practices which led to deforestation in international locales, both of which cast the industry as a whole in a negative light. The 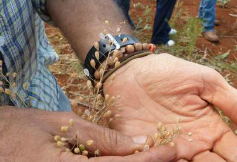 SBA’s main objective, as a result, is to work to separate fact from myth while forwarding the causes of understanding and acceptance.

Biodiesel these days can be produced to look and operate similarly to traditional diesel fuel, typically at a lower cost and with less negative impact on the environment. Pacific Biodiesel has been recognized for its practices by the U.S. Department of Energy, the American Society of Mechanical Engineers, the Solid Waste Association of America and the Industrial Development Organization of the United Nations.

The company is researching crops from which biodiesel feedstock can be most effectively extracted, and its team has been boosted by preliminary results of trials on crops such as sunflower, safflower and camelina. Most of the crops being tested require 25 percent of the water typically used to cultivate sugar cane, and once the oil is extracted the resultant material can be used to create nutrient-rich meal for use by the state’s cattle industry.

More than 150 employees are on staff across the company’s combined operations, and all of them, King said, are in tune with the mission of the leadership.
“Everyone here, whether it is a truck driver collecting feedstock, a fuel processor, office clerk or senior manager, understands what we’re about and is committed to the work,” she said. “We have people who come to the pump to purchase locally made biodiesel who thank us as they pay. You never see that at a gas station. Often we struggled, but we always knew we were doing the right thing.”

Pacific Biodiesel was established in 1996 and is headquartered in Kahului, Hawaii, site of the company’s first small-scale plant, which was the first commercially viable biodiesel operation in the United States. The operation has since been fueling generators, commercial fleets, farm equipment, county busses, military and county vehicles and hundreds of personal vehicles on the refined, residual energy of materials once discarded – cooking oil and materials collected from local restaurant grease traps.

Within two years, the Kings were approached by

a Japanese businessman, Soichiro Yoshida, who owned about more than two dozen Kentucky Fried Chicken franchise operations in Nagano, Japan. Yoshida contracted the company to build a plant in Nagano. After completion, Pacific Biodiesel built a facility in Honolulu with twice the capacity of the original plant, and 12 more plants throughout the United States have followed.

The community-based biodiesel production model has not only helped alleviate the environmental hazards of dumping waste oils, but has also helped diminish demand for fossil fuels and created quality local jobs. The company has invested significantly in research and development, resulting in technology and efficiency innovations. It’s also shared intelligence with other companies, contributing both to the improvement of their own products and the overall betterment of the industry.

“Our vision of success wasn’t always focused on the net bottom line, and sometimes you have to have a different definition of success,” Kelly King said. “If you can benefit the community, if you can make a difference in the world, if you maintain your principles and develop a reputation as a doer with integrity, that’s a huge payback. And if you can make a living at it, it’s like winning the lottery.”

AT A GLANCE
WHO: Pacific Biodiesel

WHAT: Provider of engineering, equipment, contracting and laboratory services for production of biodiesel from multiple feedstocks

WHERE: Headquarters at Kahului, Hawaii 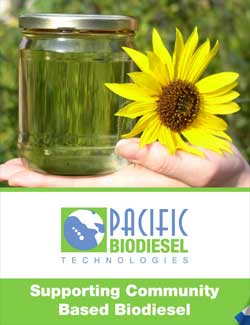