It was incorporated as a city in 1862, and city leadership over the years has been particularly effective in dealing with infrastructure issues like drinking water treatment and wastewater processing. The wastewater facility is a full-reclamation plant, in fact, which in Walla Walla’s case means that the effluent generated at the plant during summer months is sent to irrigators for use.

But the track record for innovation isn’t so good on the city’s water lines or roads.

To combat those issues, the city kick-started an initiative in 2010 – the Infrastructure Repair and Replacement Program (IRRP) – to ramp up water and sewer rates to help tackle the most immediate issues. Those funds, which will ultimately yield $4 million to $4.5 million per year, are the spur for much of the existing renewal work being done within the network of streets, water and sewers.

Feedback from city residents in 2011 reflected a desire to make streets a priority, so Bealey and his staff have gone about constructing a “prioritization matrix” that factors in road condition, daily traffic rates and other infrastructure elements while coming up with a top 25 list of projects to handle. 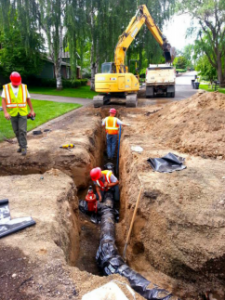 The matrix and the full-fledged monetary benefit from the IRRP should combine in 2016 to allow the city to begin handling issues on a proactive, rather than reactive, basis.

“We’re really trying to get ourselves prepared for that,” Bealey said.

A dedicated website – GoWallaWalla.us – has been established to keep residents updated on past and current public works projects, and the latter list includes this year’s planned resurfacing of Rose Street from Thirteenth Avenue to Ninth Avenue, upgrading sidewalk ramps at intersections and making water and storm water utility improvements.
Sidewalks will be also constructed on the south side of Rose Street where none now exist within the stretch and between the Blue Mountain Mall and Jade Street.

“Thus far, we have just kind of been doing the best we can to prioritize those projects,” Bealey said. “Once we have (the matrix and the full IRRP funding), we’ll really be able to prioritize the projects in a very quantifiable approach.”

But lest anyone think Walla Walla is playing catch-up in all areas, it’s certainly not.

The city has long taken a progressive approach to sustainability, which is best illustrated by the aforementioned full-reclamation wastewater treatment process – alongside a surface water system that pulls from a watershed source about 14 miles away and brings the water down through a pipeline whose change in elevation is enough to run a hydropower generation unit at the bottom end.

“That was just an amazing thing that they did, probably 25 or 30 years ago,” Bealey said. “That was an excellent thing to do. The forefathers of my predecessors really did some thinking about sustainability in this town. It does seem like it’s engrained into the DNA around here.”

They are putting a lot of energy toward comprehensive master planning – where much has been accomplished already for the city’s water, wastewater and storm water systems – as well as for a city-owned landfill. The work will yield strategic plans for utilities, so city leaders have a clear path into the future and can see where Walla Walla is headed.

“I think they are crucial documents to help with the communication, the prioritization, funding, and ultimately the conversation to help us serve the public as best as we can,” Bealey said

An independent consulting engineer in the state for more than a decade, Bealey headed to Walla Walla at the request of a former client who called to gauge his interest in taking over as director of public works.

Bealey conceded to needing a map to find 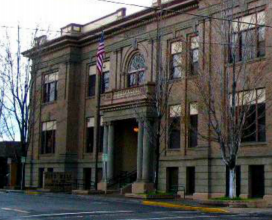 the place the first time around, but its charms in the years since he arrived have far outweighed the migraines that helping to run a city can sometimes elicit.

He now oversees a department with 66 full-time employees, an operating, capital, debt service and reserve budget of approximately $33 million and a responsibility to handle the planning, programming, construction, maintenance and operations of the city’s utilities (water, wastewater and storm water), solid waste and streets/roads/traffic signals/street lighting.

It’s a tough job that takes a reliable and talented team.

“These people that I work with, I’m fortunate to work with them,” Bealey said. “They work really hard every day. Stuff happens, for sure, and we don’t like it, but we do our best to prevent it and then to get it taken care of when it does happen. It’s just one of those kinds of thankless jobs until there’s a problem, and then it’s a complaint. There really isn’t much of an in-between.”

The payoff comes in knowing that in 25 years, when people look around Walla Walla – or any city that’s been studiously managed and planned – they’ll know Bealey and his like have been there.

“It really shapes cities,” he said. “They’re the streets we drive on, we ride our bikes on, we walk on and they connect us to everything else. If you don’t have that infrastructure you really don’t have much of a city. And you don’t realize you’ve got it until it’s gone. I love getting stuff done and I love making the places I live better places.”

AT A GLANCE
WHO: City of Walla Walla
WHAT: Municipality of 31,731 residents – as of the 2010 census
WHERE: Southeastern Washington, 13 miles north of the Oregon line; about 240 miles northeast of Portland, Ore., and 260 miles southeast of Seattle
WEBSITE: www.WallaWallaWa.gov

AT A GLANCE
WHO: City of Walla Walla
WHAT: Municipality of 31,731 residents – as of the 2010 census
WHERE: Southeastern Washington, 13 miles north of the Oregon line; about 240 miles northeast of Portland, Ore., and 260 miles southeast of Seattle
WEBSITE: www.WallaWallaWa.gov 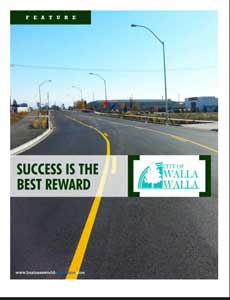 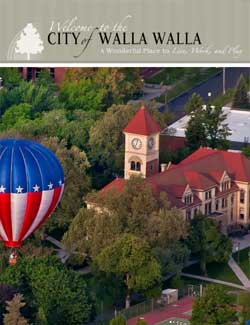