Best known for its white sand beaches and emerald green water, Bay County, Florida, population -180,000, has long been a tourist mecca. “We’re a coastal community,” says County Manager, Bob Majka, Jr. “We see anywhere from 15 to 17 million visitors a year. Most of them come in our tourism season, which typically starts on Memorial Day and runs through Labor Day. We’ve survived since the late 1950s on a growing tourism market. And although we have two military bases; we have defense contractors; we have retail, we have manufacturing; we have federal, state, and local government employment sectors that are pretty robust; at the end of the day, even collectively, they all pale in comparison to what comes in from tourism.” 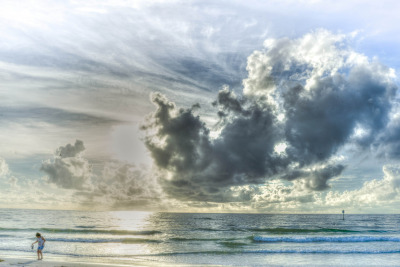 That being said, Majka is quick to add that, especially since the Deepwater Horizon oil spill in 2010 that severely impacted all Gulf of Mexico tourism, Bay County, Florida has worked assiduously to diversify its income stream so that tourism “is not our sole or dominant source of jobs and revenue in the community. We’ve worked diligently to find things that are supplementary to tourism, as opposed to complementary,” he explains. “We’re trying to grow the portions of our local economy that would grow in the event of a downturn in tourism, because things that are complementary to tourism tend to ebb and flow at the same time. So, we’ve made it a point to be as business-friendly as possible.”

In addition to already having the fifth-lowest tax rate out of Florida’s 67 counties, Majka reports that the county has streamlined its regulatory and land-use planning processes. It also teamed up with Gulf Power, Florida’s Great Northwest, a regional economic development organization for the Florida Panhandle, and the State of Florida, in creating what are called ‘Florida First Sites.’ “So, if you’re an industry looking to come to Florida, and you’re interested in coming to the Panhandle, we have sites that are already developed, that have the infrastructure in place, and that have the permitting done. You simply come in, identify what your power and utility requirements are, what your space needs are, and we’re able to meet those needs and put you into a pre-developed site, so you can worry about getting your facility constructed and getting on to producing or manufacturing whatever your goods and services are.”

Another way in which Bay County, Florida hopes to attract new business is by paying attention to its transportation and infrastructure needs – things that tend to be at the top of the list for companies that are looking to relocate to an area, according to Majka. “Back in 2016, the voters in Bay County approved a half-cent surtax referendum that annually generates in excess of $20 million a year,” he says. “That $20 million is shared proportionately amongst the county and its municipalities and it can only be spent on infrastructure projects; the money can’t be used to hire employees, it cannot be used for benefits, it cannot be used for maintenance; it has to be used for either maintaining or reconstructing or installing new infrastructure, whether it’s transportation, stormwater, public safety, utilities, water and sewer – all of those are eligible expenses.

“The thought process there was to no longer wait on money from the state or federal governments, but to take control of our own destiny and keep that money home and reinvest it in ways that would have a significant return to the community. One of the upsides, because we have a tourism-based economy, is that a significant portion of that sales tax is paid by visitors, so it also eases the tax burden on the local residents. It’s another method for us to be able to keep the taxes down on our residents. In fact, in transportation, for example, we were annually transferring $3 million a year from our General Fund into Transportation just to be able to limp along, to get road resurfacing projects done. We were able to eliminate that transfer and, as a result, were able to cut the tax rate by .25 mills. So, the voters not only approved the surtax, but on the property tax side, they received the benefit of a cut in their tax rate.

“We’re in the second year of collecting that tax; our portion of that tax is estimated at a little over $12 million a year. In our first year, we were able to leverage that into an additional $14 million in grant funds. So, in the first year, alone, we were able to address almost $26 million in infrastructure needs, just in the unincorporated area – that doesn’t include what’s going on within the municipalities. So, from a business development perspective, if we needed to make some improvements to one of the Florida First sites, or extend some utilities, or infrastructure, or transportation infrastructure to help encourage or attract someone to come, we’ve got the financial means to do that.”

“That paid off for us back in 2016,” Majka continues. “We were able to attract GKN Aerospace. They are one of the largest aerospace manufacturing firms in the world. They were able to win a government contract and we were able to attract them here and convince them to put their first Florida-based facility here, immediately adjacent to our international airport. They not only bring their manufacturing, but all of the outlying companies that supply materials or component parts to them, traditionally follow on. And we’re starting to see a lot of interest in that secondary market with industries that support them also looking to locate here. So, that is certainly something that we consider a win for the community.

“We were also able to bring in a company from Mexico, Air Temp, which produces heat exchange units for the American automobile industry. Prior to them coming to Bay County, we were exporting raw material to them through our port. They were constructing these heat exchange units in accordance with the NAFTA guidelines, so that they could turn around and ship them back to the U.S. to be installed in American-made automobiles. But it has become more economical for them to move the operation to the U.S., so they have come into Bay County and are in the process of starting their facility. They bought an old printing company building in Panama City that was abandoned. They’re retrofitting that to be able to run their manufacturing process and they will begin manufacturing those heat exchangers here in the United States.” 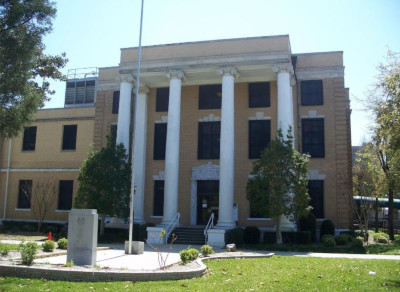 Another company that has been in Bay County, Florida for decades, Eastern Shipbuilding, continues to be a significant source of local jobs and revenue. “They were recently awarded a $10.5 billion contract with the U.S. Coast Guard – the largest contract in Coast Guard history for the construction of offshore patrol cutters,” says Majka. “There will be a number of those cutters constructed here and we think that will bring somewhere in the neighborhood of a thousand jobs to Bay County, whether someone gets a job at Eastern, helping to manufacture these offshore patrol cutters, or whether it’s a secondary or indirect impact from service industries, grocery stores, gas stations, or things of that nature. We expect, based on the financial analysis that was done, that over the first 10 years, it will have a $690 million increase in payrolls in Bay County.”

All of this new business development has driven the need for additional housing. Bay County, Florida already has a robust second home market, populated by a growing number of retirees looking for residences in a coastal community. More recently, the St. Joe Company, a major Florida developer, has teamed up with Jimmy Buffet’s Latitude brand to build a new, Caribbean style, active adult community near Panama City Beach that is scheduled to open in early 2020. “We’re looking forward to seeing that come online,” Majka states.

Regarding Panama City Beach, Majka says that in order to promote a more family-friendly brand for Bay County, Florida, local elected officials recently decided to crack down on some of the excesses spawned by the Spring Break crowds that migrate to the area between February and April. “This was, generally, not a place that you would want to be if you wanted a family-oriented vacation,” Majka opines. “So, the City of Panama City Beach and the county partnered to put some legislation in place. For example, during the month of March, there’s no alcohol consumption allowed on the sandy beach.” Although Majka admits that some Spring Break-oriented businesses suffered, “it was necessary to preserve that bigger brand, because revenue from tourism is still such a significant part of the economy, here.”

In a continuing effort to promote the county’s most important priorities, Majka says that, last year, Bay County, Florida adopted its first unified strategic plan. “Prior to that, each department had individual strategic plans, but I felt that it was important to make sure that we had one overall plan that spoke to some enduring goals – the things that don’t change in the community over time,” he states. “One of the goals that we put in there, specifically, was to build and maintain a healthy business climate, and we are certainly on our way to doing that. But we also want to ensure a safe community; we want to make sure we’re delivering services that the county residents want and are willing to support. We also have a goal of making sure we’re effective stewards of our significant natural resources. And we have a goal to maintain a family-friendly community where people want to come, find value, and afford to live.”

WHERE: On Florida’s panhandle, midway between Tallahassee and Pensacola 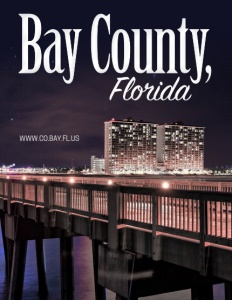