The best place for business

Barrow County, located in the north-central portion of the state of Georgia, consists of six incorporated cities, including the County seat of Winder. As of the 2017 census, this mix of urban and rural areas boasts some 79,500 people and is set to come out of the gates of the economic upturn, running.

“It is a growing county,” says Mike Renshaw, the County Manager, “We are experiencing a tremendous amount of residential growth. Single-family home permits have increased. Just in one year, we have a 155 percent increase in permits being pulled. There were 450 new permits in 2017.” 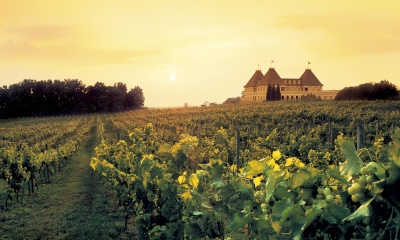 “There is also a tremendous amount of growth in the commercial sector here in Barrow County,” Renshaw continues. “There are several companies that have made significant investments. One of the largest is an internationally acclaimed winery and resort, Château Élan. This resort boasts 850,000 visitors a year. It is privately-owned and last year, invested $27 million in facility improvements, which they hope will lead to a significant increase in visits. This benefits not only the winery but the hotel and golf course, as well. There is also an impact on the local economy.”

Then there is Green4U Technologies. Motorsport entrepreneur, Don Panoz, who just happens to be the founder of Château Élan, has teamed up with Wall Street executive and entrepreneur, Jack Perkowski, to create this company which will manufacture battery-powered cars, sport utility vehicles, buses, and pickup trucks. They are making a $100 million investment in the County and building a 500,000-square-foot campus, where they hope to create 1,000 jobs over the next five years.

“Because of the enormous amount of growth we are experiencing,” Renshaw says, “particularly in the last 18 months, we are needing to invest in a new water reclamation wastewater treatment plant. We have a $13 million plant under design and engineering, which we hope to go to construction on, in mid-2019. We hope to have that facility online the latter part of 2020, and this will add another million gallons of wastewater treatment capacity in the County. We currently have two wastewater treatment plants, one of which is at about 85-90 percent capacity. The two existing plants each provide 500,000 gallons per day treatment capacity, so this is going to double our capacity and position Barrow County to address the growth, not only in the residential area, but in the commercial and industrial sectors as well.”

The County just wrapped up an energy conservation services agreement with a local energy provider, Georgia Power, which supplies 75 percent of the County’s commercial and residential energy needs. Within the scope of this agreement, there was an assessment of 13 of the highest energy-cost County buildings, which included recreational buildings and gymnasiums. One of the main recommendations was to change the fluorescent light systems to more efficient LED lighting. According to Renshaw, these changes will save the County $800,000 over the next seven years. There were also significant improvements made in the County jail. In addition to the lighting improvements, they also did some water conservation work and installed low-usage and monitored-use apparatus in the showers and kitchen.

“We have also constructed a 285-acre industrial park here in Barrow County,” he continues, “which is County owned. It is called the Park 53 Industrial and Commercial Complex. The road infrastructure into the park was completed in 2016, and we have just been GRAD-certified (Georgia Ready for Accelerated Development) by the state of Georgia. This is a certification program through which local governments, or owners of property, can get certified, which accelerates the upfront work if an investor/developer comes in. It means we have already completed the wetlands identification, the wetlands delineation, all the permitting, hydrology, and geotechnical information. All that is gathered up front, so it saves prospective companies and businesses a lot of time and money.”

One of the real benefits of this industrial park comes from the location of Barrow County, itself. The County is located halfway between metropolitan Atlanta and the City of Athens, Georgia, which is home of the University of Georgia. The corridor that the business park is located on is a heavily-traveled, four-lane highway connecting the two cities and is known as Innovation Crescent. “There is a lot of industrial and commercial development occurring along the corridor,” Renshaw points out, “which is about 45 miles long. But Barrow County, being strategically placed at the midway, makes it a really choice site.”

“In the 2018 Financial Year, we had 18 prospect site visits of companies that were interested in locating to Barrow,” says Renshaw, “We are still trying to land our first site at the industrial park. We have had an international development firm express a lot of interest. Hopefully, things will go well and we are able to land our first tenant.”

There are two reasons for optimism along this front: the first being a partial property tax abatement which the County is offering. This is typically based upon the amount of a prospective company’s capital investment, capital expenditure, and job creation. “We are looking for jobs that pay higher than the median average wage,” explains Renshaw, “and the property tax abatement is typically 50 percent. And this can run anywhere from five to 10 years depending on the investment and the number of jobs being created.” 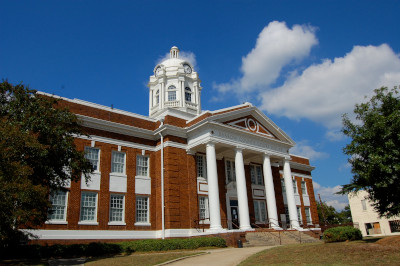 “We also have a really unique synergy happening in terms of workforce development,” Renshaw claims. “A question being asked by the prospective businesses looking to relocate into Barrow County is ‘What kind of amenities or facilities does the County have in terms of training the workforce?’ Again, the advanced manufacturing cluster seems to be the one we are getting the most requests and site visits from, so I wanted to mention that we have two tremendous assets in the County. The first is Lanier Technical College, which is a 65,000–70,000-square-foot facility that was completed in 2016. The college specializes in advanced welding – a technical discipline known as ‘Mechatronics,’ combining electronics and mechanical engineering. They also have a full curriculum in the health sciences and building automation systems.”

“So again,” he continues, “this is a state-of-the art workforce development facility, part of the Georgia Technical College System, and a relatively new, and I think a relatively significant, asset that we have that a lot of communities don’t. And the site visitors – like the company I mentioned earlier – spent 45 minutes touring Lanier, because one of their needs is a highly-skilled, welding workforce. So, they were really intrigued and excited by the programs offered by Lanier Technical College. It is also conveniently located, literally, next door to our industrial park.”

“The other asset, institutional-wise, is Sims Academy of Innovation and Technology,” adds Renshaw. “This is about an 87,000-square-foot facility which is part of the Barrow County Educational System. It is one of 33 college and career academies in the state of Georgia and is relatively new, as well. It opened in 2014, and they also teach several of the technical disciplines, Mechatronics, IT, coding, and they also have a strong culinary arts program, a film curriculum, as well as hospitality and marketing.”

In addition, both Sims Academy and Lanier Technical College have really strong apprenticeship programs with existing industries in the County, while also offering them to new prospective businesses and industries that are looking to locate there.

Since 2013, Barrow County has had a single individual who serves as the Director of Planning and Economic Development. This current year, it opted to split those two roles in order to have a stand-alone economic development office. This will help it to focus more exclusively on economic development.

“I would say that from the perspective of the governing body, the Board of Commissioners of Barrow County is 100 percent supportive of creating programs, services, and partnerships that, in terms of creating economic development and attracting new industry, put Barrow County’s best foot forward,” Renshaw concludes. “They are all in, and all committed, to providing a business-friendly environment here in Barrow County and that involves everything from the potential property tax abatement and incentives we talked about earlier, right down to the huge investments we are making in the infrastructure like the sewer facility and road maintenance and resurfacing. We are all working together to make this the best place for your business.”

Check out this handpicked feature on The Knox County Regional Airport – Plans to grow.

WHAT: Comprising six incorporated cities with a population of approx. 79,500