Located in the southwest corner of Kentucky, 26 miles north of Clarksville, Tennessee, the City of Hopkinsville, Kentucky has come a long way since Bartholomew and Martha Ann Wood settled in the area in 1796. Now the seat of Christian County, and the state’s 9th largest city, today’s Hopkinsville is the total package – a resourceful, prosperous community of just under 33,000 that offers outstanding access to the arts, culture, sports, shopping, and recreational opportunities, while maintaining a strong sense of local community.

Christian County is also home to Fort Campbell, Kentucky, the third largest military installation in the country, with just under 30,000 troops stationed onsite, representing about a $4.5-billion impact on the local economy. In second place, with an annual, local impact of $1.8 billion, is agriculture, including tobacco, corn, soybeans, and wheat. In addition, there’s a diverse manufacturing base – heavy in automotive parts manufacturing, food, chemicals, and plastics.

But nothing has made Hopkinsville, Kentucky more famous than when it played host to last summer’s solar eclipse, deigning itself “the place to be in America” to witness event totality. Right in the middle of the narrow, 70-mile-wide swath that afforded best viewing, Hopkinsville, Kentucky opened itself to the world. And the world responded. Over 116,000 from 25 different countries, 47 different states, and 3 U.S. territories came to Hopkinsville and Christian County to watch the eclipse and say that they were there to witness its two minutes and 40.1 seconds of totality.

“We weren’t sure how we would hold up from an infrastructure and manpower perspective to provide the type of experience that we were hoping visitors would enjoy,” Mayor Carter Hendricks recalls. “I’m happy to report that the eclipse experience really exceeded our expectations, both from the actual eclipse, itself, which was awe-inspiring, but of equal importance to us was our efforts to make sure that visitors had a wonderful time as they came here and spent three, four, or five days with us. Our community stepped up and created an experience for our visitors that matched the science of the eclipse, itself.  And, since that time, we’ve continued to get repeat visitors; individuals who enjoyed their stay so much that they’ve come back to enjoy other experiences that we offer. We even had some people move here as a result of their experience during the total solar eclipse.” 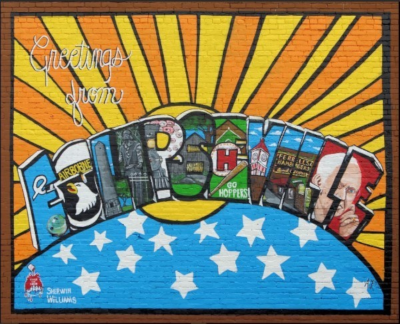 Hendricks reports that since last summer, the Hopkinsville, Kentucky has utilized the momentum it gained with the eclipse experience to complete several ongoing community projects and developments. He ticks off an impressive list: “The Alhambra Theater is currently under renovation, set to open again late this fall, and there’s a lot of excitement about that – it is one of our premier performing arts facilities and an icon in downtown Hopkinsville,” he begins. “We’re also renovating the Pennyroyal Area Museum and it will open about this time, next year. Those two projects total roughly $3 million of capital investment in the downtown community. And we’re very excited about what that’s going to do for our downtown area.”

We’re also about to break ground on the extension of our greenway system,” Hendricks continues. “We’re currently wrapping up the design phase of that project and look to break ground in August or early September. We believe that will be an eight-month build-out, once we break ground. So, in the latter part of the spring, or early part of the summer in 2019, our greenway will be extended to the south part of our community, roughly doubling its size.

“We’re also building a 54,000-square-foot, multi-purpose sporting facility, referred to as the Sportsplex. This is being built on our convention center campus (the James E. Bruce Convention Center), in the south end of our community; it’s a $5.56 million project. It will allow us to play host to weekend sports tournaments. So, we’re really tapping into the sports tourism market with this facility, which will complement some of our outdoor parks that we already have and that do a great job for us. But we’re looking forward to being able to host large-scale basketball, volleyball, archery, and soccer tournaments that will bring in hundreds of thousands of people on the weekends. It’s currently under construction and we anticipate it being open in late October of this year. Also on that campus, we’re expanding our convention center – adding some additional ballroom space – and we’re also about to break ground for a new, hundred-bedroom, Holiday Inn Hotel that will complement the expansion of our convention center and the development of our Sportsplex.”

“We’re currently implementing our sidewalk and parks plan. We’ve got a number of new sidewalk projects throughout our community that are providing safer routes to schools, as well as greater connectivity to our greenway system for a more walkable Hopkinsville. We also have one new neighborhood park that we’re currently building and another in the design phase. We expect both of those parks to be up and operational within the next 12 months, or so. The sidewalk plan is a rolling implementation; it will take us about four years to completely build out our sidewalk plan.”

“We are also in the process of converting all of our halogen street lights to LED, both from an energy efficiency perspective, as well as for better lighting for safer streets. And we recently launched an initiative to become a ‘Gig City’ (having citywide gigabit internet speeds) through a partnership with our Hopkinsville Electric System. We have a three-year implementation model, so in the next three years, we will officially be a Gig City, and that process is underway right now.”

“So, those are some exciting projects of a city/county partnership that we call WINS, which stands for ‘Wellness, Infrastructure, Neighborhood equals Success,’ and we think they are making a tremendous impact on the walkability, the livability, and the desirability of visiting and living in Hopkinsville and Christian County, and we’re excited to see our residents and our future residents enjoy these new opportunities.”

Troy Body, Hopkinsville’s new City Administrative Officer, is impressed by the investments that the city has made and to which it stays committed. “When you look at towns this size, you don’t see this kind of money being moved into quality of life and historic preservation,” he remarks. “It’s usually pulling teeth to get a government to invest in the buildings and its infrastructure. So it’s a big deal. And, for a town this size, it’s a really big deal.”

While Hopkinsville’s leaders are investing in amenities for its residents, they are also focused on attracting new businesses to the city. “We take great pride in being a very business-friendly community,” says Hendricks. “We believe we provide a competitive tax structure; we have four rates in our city and we rarely raise them. When we do, it’s very sporadic and we take great deliberation before we make any kind of tax increase. In fact, over the last 25 years, there’s been a collective four total tax increases on the effective rates. We also offer very aggressive incentives and land opportunities for new businesses and for industry expansion. In fact, we just recently approved another incentive package for one of our local automobile manufacturers, Denso, who is doubling the size of their workforce and adding onto their physical infrastructure, as well. We’re also developing our second commerce park site. This will be the fourth industrial park in our community. The Commerce Park Two site is located at the south end of our community and we hope to be able to fill it up in the coming years.”

Hendricks then cites some of the community statistics that he believes makes Hopkinsville, Kentucky even more attractive to businesses that are seeking an already strong and stable environment in which to set up shop: “Over the last four years, our crime rate continues to trend down; our educational attainment levels continue to trend up; our payroll and our budget scenario, here, continues to be positive. We finished our fiscal year with a surplus. Our operating surplus, before onetime transfers to supplement funding for major initiatives, finished in the black for eleven consecutive years. These surpluses have allowed us to invest in some of these quality of life initiatives, more public safety, and more infrastructure. So, there are some trends that are putting us in the right direction, and we think that’s something that the business world should be interested in. They know that if they invest in Hopkinsville at this particular point in time, they’re investing in a community that is not only investing in itself, but is seeing the tangible results of those investments.” 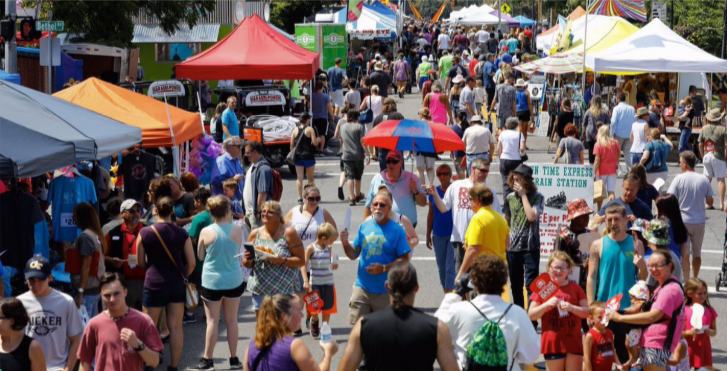 Hendricks adds that another drawing card is Hopkinsville’s commitment to sustainable practices. “We’re applying for a Sustainable Certification from the Tennessee Valley Authority, and we hope to receive that later this fall,” he states. The TVA introduced its Valley Sustainable Communities (VSC) program in 2013, as a way to recognize regional communities that link local sustainability efforts with economic development opportunities. Participating communities earn points in 15 categories by implementing specific policies and practices that contribute to overall sustainability, with an emphasis on those components that directly impact economic development efforts and/or the success of existing businesses in the community. “That will provide evidence of our commitment to initiatives like recycling, walkability, green space, energy efficiency, and all of those wonderful things that come with sustainability,” he asserts, “knowing that more and more large businesses are looking for communities that are committed to sustainability practices. And we certainly are.”

Being the home of Fort Campbell and the 101st Airborne Division, Hopkinsville, Kentucky has always had a steady influx of workers – every month about 450 soldiers process out of Fort Campbell, and many choose to stay in the region – but Hendricks notes that another cohort is increasingly becoming part of its growing population, and it’s one that every town and city needs to build its future upon. “We have more and more young people who are returning home after college,” he says, proudly. “Our young professional community is liking what they see in Hopkinsville, and they want to be a part of it. So, we’ve invested in several initiatives – like WINS – to provide the quality of life for those workers, so they’ll decide to live, work, play, and make this their home for years to come.”

Check out this handpicked feature on Parma Heights, Ohio – A great place to live.

WHERE: Christian County, about 75 miles northwest of Nashville, Tennessee. 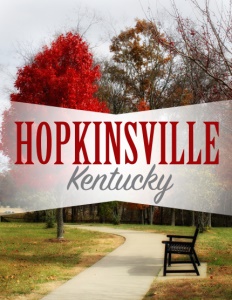