A Good Place to Live

In 1789 a group of more than 50 settlers arrived in the area now know as Belleville, Ontario.  Among this group of United Empire Loyalists was Captain John Walden Meyers, who orchestrated the building of a dam on the Moira river, along with a sawmill, a gristmill and a distillery.  He also operated a brick kiln and a trading post.  His contributions brought more settlers to the area, eventually forming the community first known as Myers’ Creek.  The name was changed to Belleville in 1816 after a visit from Lieutenant Governor Sir Francis Gore, as an honor to his wife Lady Arabella. 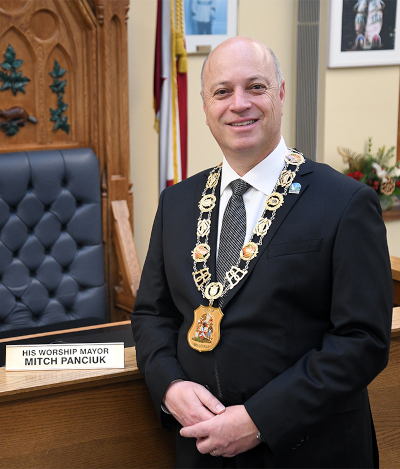 Today, the City of Belleville is a vibrant, growing Eastern Ontario community welcoming new residents and industries. Ideally located mid-way between Toronto and Ottawa, Belleville has a current population of 51,000 that is expected to approach 60,000 within five years. Mayor Mitch Panciuk explains, “I think we will see significant population growth over the next little while, a lot of that will come through the investment we are making to stimulate purpose-built rental housing in our market. With that population, comes increased opportunities. We are more interesting to big companies that provide retail and other services, employers will want to be here because of our natural advantages. We are also going to be working strategically on improving the quality of life for our residents, so they can have a more active outdoor lifestyle, and continue to fuel our growth in a safe, responsible way.”

Belleville recently conducted a Parks and Recreation Masterplan Survey to develop a strategic direction for future outdoor and recreation expansions. The intention of the survey was to inform a long-term plan focused on the wants and needs of residents. “We will start projects in 2021, but we want to have a more coordinated outlook on it,” says Panciuk.  “We have a wonderful professional sports team – the Belleville Senators – that’s the American Hockey League team for the Ottawa Senators. We are one of only four professional hockey teams in all of Ontario. And that’s terrific. The Quinte Skyhawks, our high school football program, now has expanded into the Canadian Junior Football League. In addition to those types of great programs, we’ve been well known for our soccer fields, for rugby, and for other competitive teams. This survey will allow us to look at what we’re missing.” He adds that some of the focus is on a health facility for seniors with activities that would appeal to that demographic, such as tennis and pickleball. The City has also added brand new lawn bowling greens

Active transportation is encouraged throughout the city, with a variety of paths and trails for walking and biking. There are plans to expand this transportation system in alignment with the province’s expansion of the Belleville corridor of Highway 401, a major Ontario freeway. Mayor Panciuk shares, “The province is going to be widening the 401 through the Belleville corridor from the current four lanes to six lanes. As a requirement of that, they have to build bridges first and make them wider. When they do that, we’ll have the ability to get people across the 401. Right now, there are no active transportation links, so we’re developing our overall network to include the whole city, both sides of the 401.” Plans are also underway to expand The Kiwanis Bayshore Trail, a 2.75-kilometer paved pedestrian and biking path bordering the beautiful Bay of Quinte. Another recently completed pathway project connects Loyalist College to other parts of the community on a newly paved, well-lit trail, through a city-owned right of way.  The City of Belleville also provided the college with $100,000 to build a bridge which will allow walking and biking to the east side of the campus.

Unique to Eastern Ontario, The Field of Ability, a project organized through the Challenger Baseball Program offers an accessible park and playground. The area consists of a barrier-free baseball field with rubberized turf, allowing an inclusive space for children and adults of varying abilities to participate in sports. “It’s the only type of its kind between Ottawa and Toronto,” says Panciuk. “It will give all our kids an opportunity to be able to play sports. In addition, right next door to it, we have a fully accessible playground to allow children who may not be participating in the games to be able to play with their whole family. It’s a big service for our residents, but it will also bring in tournaments and other groups from all over Ontario.” 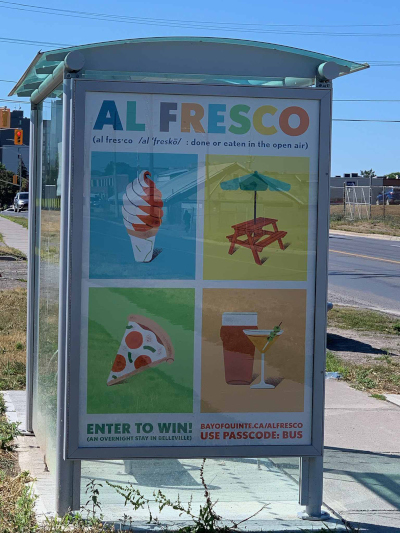 In addition to services offered by Belleville Transit, there is also a regularly scheduled commercial transit system that runs between Oshawa and Kingston, a service that is very popular especially with students attending Loyalist College. Although this year has been different in terms of ridership, the city continues to invest in transit. With the aid of both Federal and Provincial funding, Belleville has purchased five new buses to expand their services. Along with new vehicles, the city is working to improve their transit system in other ways. “We have been very innovative,” reports Mayor Panciuk, “with an app that allows residents to hail buses on demand. We have a very good system that is growing significantly. We’ve also invested in fully accessible transit shelters to help grow our system in the future.” With a new train station completed in 2014, and a VIA rail stop on the Windsor to Montreal corridor, Belleville has attractive transportation options. The city also holds shares in Elexicon Group, a private sector utility corporation.  Currently Elexicon is working out a plan to supply and lease electric fleets to municipalities. The City of Belleville is hoping to be at the forefront of this, eventually converting all city buses to electric.

Revitalization of Belleville’s downtown core was completed in 2018. According to Panciuk, “It was a $35 million investment to upgrade not just the above surface infrastructure, but also our utilities and sanitary and water to allow for densification downtown. Part of our community improvement plan provides incentives for builders to restore the historic buildings to create lofts and other businesses downtown.” Downtown Belleville is also home to the Empire Theatre, a beautiful entertainment venue restored and reinvented in 2002 through the visionary efforts of Mark Rashotte. Mayor Panciuk describes, “There are concerts throughout the year during normal times, including a beautiful three-day annual rock fest outdoor event. It’s been terrific. We’ve had great entertainers come into town, but it also provides a venue for everything from the Quinte Symphony, to the Quinte Ballet School of Canada, to other arts and culture organizations. “

Improvement and innovation continue, with the recently announced sale of the 26-acre community fairgrounds, complete with a plan to relocate it to another area of the city. “It’s very valuable land that wasn’t generating any revenue for the city because it was only being used once a year. The buildings were a little derelict and this will allow us to redevelop a fully serviced site,” says Panciuk. This year also saw the completion of a new 67,000 square foot police station. The new space will provide a larger range of services, while continuing to keep the community safe. Completed by Buttcon East Ltd., the new location is now in full operation, although the grand opening has been delayed due to COVID-19.

Elected on a platform of dealing with Belleville’s housing shortage, Mayor Panciuk is working diligently with city council to address the issue. He shares, “We now have a community improvement plan, for us to provide financial incentives to builders and developers to construct rental housing. That will not just help our current residents, but it also helps our businesses expand as they attract new employees who may not want to come and purchase a home; they may want to just rent one until they get a feel for things. We had set a target of 1000 new units this term. We’re almost at 600 and we’re just halfway through, so we are going to raise that target. I expect that we’ll probably end up somewhere around 3000 new units once we can offer these financial incentives. “

Approximately 9000 residents are employed in the manufacturing and industrial sectors, the main economic drivers in the city. Belleville’s wide range of industries include Magna International, an automotive supply manufacturer; Proctor and Gamble, makers of household and personal care products; and Hexo Corporation, a packaged goods cannabis company. “It’s quite exciting because the former Sears warehouse was purchased by Hexo Corp, and they’ve just gone live with a line of beverage products,” says Panciuk. “So Hexo and Molson Coors have partnered in a company called Truss beverages company, and they are manufacturing cannabis infused beverages, beer, flat and sparkling water, and a mixture of drinks, including juice. They are producing product now for export throughout Ontario and across Canada. This will be a major center of innovation for Hexo, as they continue to work with other types of suppliers, aside from the beverage ones.”

With so much to offer, Belleville is enjoying its renown as an innovative, growing community. The Mayor sums it up well: “We are deliberately working on our future. We really see the best days ahead of us. This community values newcomers, but also new businesses that want to relocate here. We have a good, strong community with lots of potential.” As its tagline conveys, Belleville is certainly, ‘A Good Place to Live’.

Where: Eastern end of Lake Ontario on the Bay of Quinte