Business View Magazine interviews representatives from South Stormont Township, Ontario as part of our focus on best practices of Canadian towns and cities.

In addition, South Stormont would have been home to ten of the “Lost Villages,” which were flooded in 1958 to create the St. Lawrence Seaway: Maple Grove, Mille Roches, Moulinette, Sheek’s Island in Cornwall Township; and Aultsville, Dickinson’s Landing, Farran’s Point, Santa Cruz, Wales, and Woodlands in Osnabruck Township. 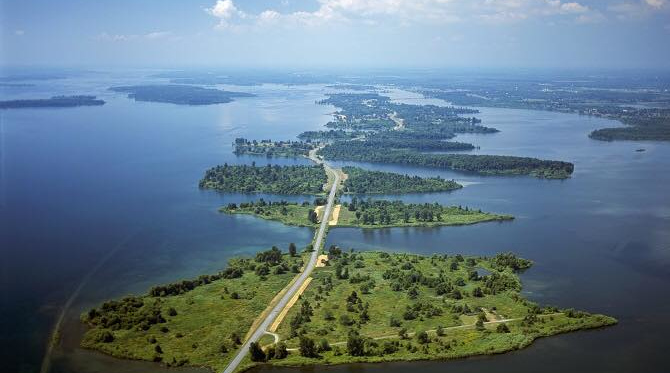 Today, South Stormont is the fastest growing municipality in southeastern Ontario, and according to Mayor Bryan McGillis, an excellent place for the establishment of new businesses because of its strategic location along the St. Lawrence River, Highway 401, and Canada’s rail corridor. South Stormont is only an hour away from Ottawa and Montreal, and with international crossings to the U.S. in Cornwall, 10 minutes to the east, and Johnstown, 30 minutes to the west, there are over 100 million consumers within a day’s drive of the Township. “Our location is second to none,” McGillis states. “And that makes it very easy to do business here. We have two industrial parks with land available, and another privately-owned piece of property, north of Long Sault, which is zoned industrial; therefore we have tremendous opportunities for development.”

In order to attract even more business, South Stormont is also working on an expansion of its wastewater treatment plant in Ingleside. “Developers are waiting at the door, but there isn’t enough sewer capacity in that community, right now,” explains Planning Director, Peter Young. “We have completed the environmental assessment and we’re working on the design of the plant and have submitted funding applications with the provincial and federal governments. It’s going to kick-start growth in that community, allow for more business expansion, and create more jobs through construction and potential new businesses coming in, so this expansion will promote residential development, as well. This will be one our biggest projects over the next five years.”

For businesses currently in the Township, South Stormont’s CIP (Community Improvement Plan) has offered matching grants to help with expansions and renovations. “From 2014-18, our local CIP program encouraged more than $2.3 million in investment for South Stormont businesses,” says Economic Development Coordinator, Chris Hemond. “Almost every single business in our downtown plaza areas took advantage of the program and improved their spaces.”

South Stormont is also a major center for tourism, drawing vacationers from eastern Canada and the U.S. to its many parks, beaches, bike and nature trails, and campsites. Recently, the Township partnered with neighboring South Dundas to market the area’s tourism opportunities, branding it as the Upper Canada Region. “Last year, we put together the Upper Canada Region Adventure Map that highlighted a number of tourist destinations,” says Hemond. “We followed that up, this year, with another brochure that delves a little bit deeper into the main attractions in some of the smaller hamlets within both municipalities, such as St. Andrews West, which has a lot of historical value. Newington is another one of our small hamlets; they have a renowned fair that we highlighted that takes place on Labor Day Weekend. We also included Long Sault and Ingleside in that publication.”

Some of the other attractions in the Upper Canada Region include the famed Waterfront Trail, one of Ontario’s Trails of Distinction, which extends through South Stormont along the shores of the St. Lawrence River. Many portions of the biking and hiking trail meander through wooded areas, offering its users stunning views, picnic areas, beaches, and historical sites. The famed Long Sault Parkway, which connects a series of 11 islands that were created from high points of land left after the flooding of the St. Lawrence River during the construction of the Seaway, is another top destination in eastern Canada for outdoor recreation lovers. 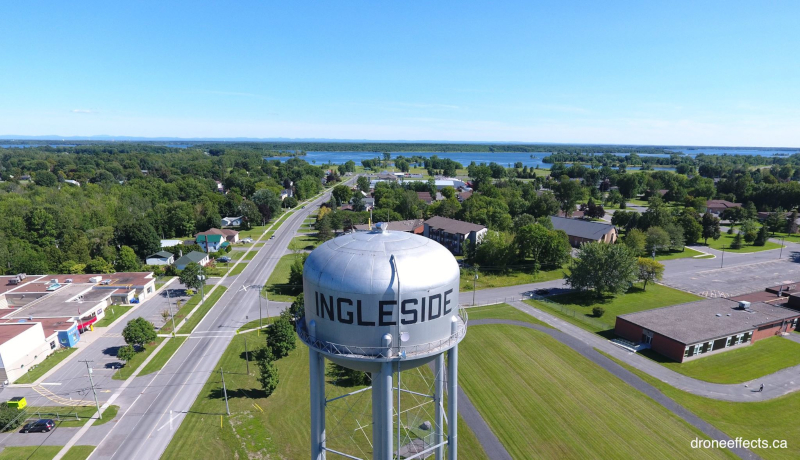 The Lost Villages Museum is a collection of ten heritage buildings moved and restored to commemorate the inundation of lands and communities during the construction of the St. Lawrence Seaway, when over 6,500 residents were displaced and moved to the newly developed towns of Long Sault and Ingleside. “We still have many residents who remember that time,” says McGillis. “They still reside here and it’s a bittersweet event that happened back in those days. Families were displaced from their community where they were born and raised and had been for generations, but they can’t really go back to revisit their past. That’s why we have this museum, here. It was created by the historical society in 1977 and it’s a meaningful and popular attraction for this community. On July 1st, the community gathers there to celebrate Canada Day.”

To further increase tourism, Young reports that the Township is focusing on its recreation and waterfront infrastructure. “We recently hosted a summit about becoming a more bike-friendly community; we are looking to work with the St. Lawrence Parks Commission and the United Counties on improving our trails and connections,” he notes. “We already have the Waterfront Trail that runs through the community, and it’s a great place to cycle, however, we want to look at additional options for cyclists. We get a lot of cycle tourists from Ottawa, Quebec, and Toronto, and we’re focused on making this a great destination to bike, which helps our local businesses, too.”

McGillis adds that the Township has recently formed a Waterfront Development committee. “The St. Lawrence Parks Commission is the steward of most of the lands along the waterfront, and they’re looking at giving back some land that’s under their stewardship so that we can develop it,” he explains. “The lands that were here since the late ‘50s are virtually untapped, and it’s time that we work together in partnership with the province, the St. Lawrence Parks Commission, the municipalities, and local businesses to create something that’s viable for the communities in terms of recreation and also for tax purposes, too. The more money we can generate in new taxes, the more sustainable we can be and not rely as heavily on provincial funding.”

“South Stormont offers a wealth of opportunities for commercial, industrial, agricultural, and residential development.” McGillis says, in conclusion. “We are situated in a prime location with established distribution channels where you can enjoy an enviable cost of living in our rural/urban blend of villages and hamlets offering picturesque beaches, campsites, and recreation trails with major metropolitan areas just a short drive away. The potential is here, all that we have to do is continue our efforts and work together with our neighboring municipalities and local stakeholders to make our dreams become reality.”

WHAT: Part of the United Counties of Stormont, Dundas, and Glengarry

Village of Plover, Wisconsin – A solid...