Tailored Living scores high in pursuit of its core values.

Dan Tafoya felt like he was back in college.

And, as the vice president of business development at California-based Tailored Living awaited recent consultant results that would reveal how highly his home improvement/garage organization company was regarded by its customers, he conceded he’d have been OK with a simple passing grade.So when the actual numbers rolled in – a 95.7 percent “excellent” rating for installation services, a 95.8 percent “excellent” rating for finished products and three of every four users labeling the overall transaction process as “excellent” – he was understandably relieved.

Not to mention ecstatic.
“It was a little nerve-wracking for me and my team, because you never know what the results are going to be like,” Tafoya said. “I was expecting it to maybe be in the 70th percentile, and for us to get into the 95th percentile was just remarkable. I felt like I was getting my junior year report card again, and I was really nervous not know what this was going to be like. We were very, very excited about it.”

It’s the latest validation for a business whose objectives had taken some subtle turns since operations initially got going in 2007. Back then, the parent entity – Home Franchise Concepts – created Closet Tailors, which was intended as a complement to the company’s flagship Budget Blinds brand.

Shortly after its creation, however, franchisee feedback indicated that demand in the marketplace had shifted to many items outside of the closet space. Near the same time as well, a respected industry analyst compiled an article documenting how the home organization industry was evolving from its original roots in closet design. 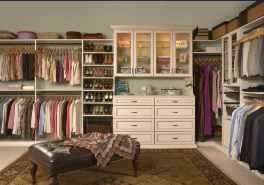 The sequence of events, Tafoya said, prompted HFC’s executives to reassess their direction.

“We didn’t want to be another me-too company,” he said. “We absolutely wanted to be a leader in the space.”

A subsequent meeting with the CEO of a similarly one-tracked business – Premier Garage – yielded a partnership in which it and the Closet Tailors enterprise set out to work strategically to expand the respective product lines. The overlapping management teams soon became a concern, however, and a full-on acquisition ultimately brought Premier Garage into the HFC fold in 2010, at which time the combined closet/garage entity was relabeled “Tailored Living – featuring Premier Garage.”

These days, the new brand boasts 74 franchisees in 165 territories across North America. A territory typically consists of 100,000 “qualified households,” according to Jonathan Thiessen, HFC’s vice president of franchise licensing, and is based on factors including home values and household incomes.

The operation is entirely franchised, with no company-owned stores, and the vision laid out alongside the core values are for 500 territories to be assigned in the United States and 50 more in Canada.

“I really look at the core values as a steppingstone to the vision,” Tafoya said. “If we have franchisees that trust the model, they’re engaged and they participate in meetings and the collaboration is there, then we’ll hit the vision and we’ll hit it a lot sooner than anyone can imagine.”

The typical operation will include two to three installers, with a franchisee at least initially involved in sales and administration. As individual operations grow, Tafoya said, an office person will often be hired, too, bringing the business to a routine workforce of five. Most franchisees will have a 1,500-square-foot warehouse with up to 300 square feet of office space, though some have showroom facilities.

Branding from one location to another is nearly exact, he said, and all franchisees work from “Da Vinci,” a proprietary 3D software program that allows them to both design organizational structures and order the necessary equipment from an online catalog. A vendor alliance of manufacturers across the U.S. also enables the operation to maintain consistency from design to manufacture to end product.

Neither franchisees nor their employees are mandated to have past experience in home improvement or similar industries, thanks mainly to an intensive 11-day training program that gets all newcomers up to speed on design principles – and follow-up offerings that include regional and national meetings, 24/7 access to business coaches and in-the-field assistance as needed.
Prospective franchisees are required to have a

Entrepreneur magazine included Tailored Living on its “Franchise 500” list for 2015.

“It’s sort of a business in a box,” Tafoya said. “If they follow the model, we’ve got the resources here to make sure they’re successful.”

And that success, he said, will be augmented by some in-house corporate changes, too.

The company’s website – TailoredLiving.com – is in the midst of a complete overhaul, and franchisees will also have access to a new CRM interface that will make the infrastructure system easier to use. Additionally, the aforementioned Da Vinci program will have upgrades and an ongoing rollout.

Put the new tools in the hands of the right franchisees, Tafoya said, and the mix can’t help but work.

“If we get all the franchisees living and believing in the trust, the engagement, the collaboration and the transparency of the business, then our goal is to be the leader in the space,” he said. “It’s to not be another me-too company, or what I say is an average company.

“Our goal is to be the leader in whole-home organization, and we’ll do it through the 500 territories in the U.S. and the 50 territories in Canada. That’s the goal. There’s a lot of things that need to happen in between, but those are the things that all fall in our plan. The ultimate goal, the target or the bull’s eye is making sure that everyone is following the core values so we can hit the vision.”

Check out this handpicked feature on JD Byrider – The Way to Go in “Buy Here, Pay Here”.

WHERE: Corporate headquarters in Orange, Calif.; 165 franchised territories across U.S. and Canada 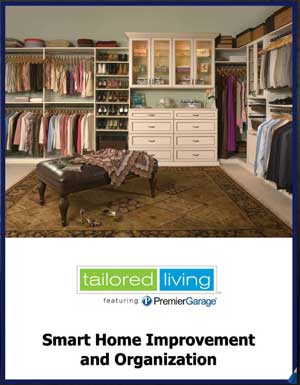