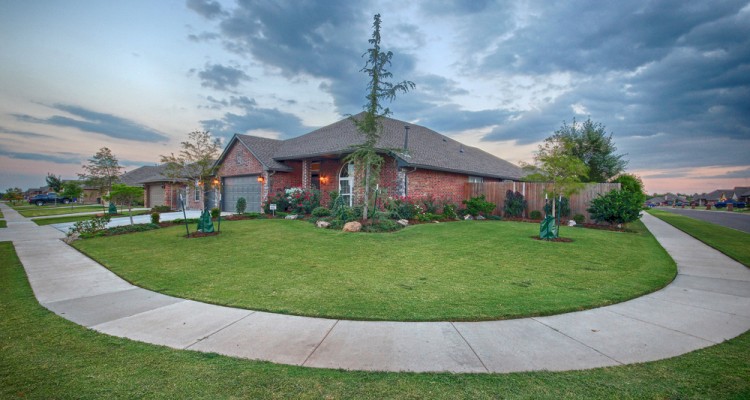 When their banker spoke, Jalal and Mohammad Farzaneh listened.

The two brothers were fresh out of college with newly-minted degrees in architectural engineering back in 1981, when they approached a bank about a loan to begin a new business. The banker suggested a home-building operation, which would allow them to capitalize both on their educational expertise and the additional knowledge gleaned from growing up with a father who was in construction.

Taking the advice, they ultimately got their initial loan (at a hefty 21 percent interest rate), went into business as Home Creations and began building homes in and around Norman, Okla. – site of the University of Oklahoma’s main campus – with a focus on providing quality housing options in a reasonable price range for first-time buyers.
To say things have grown since then would be something of an understatement. 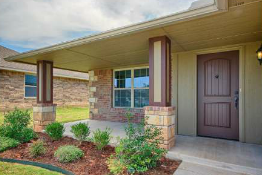 These days, the company is building across 20-plus communities in three cities and boasts a workforce of 115 employees at its headquarters in the Oklahoma City suburb of Moore, in a commercial strip building which houses a design center and sales and marketing departments, alongside estimating, construction, architectural, land development, office support and accounting functions.

Additional sales offices are located within each of the communities, and day-to-day operations are handled by an executive management team that’s compiled a wide-ranging organizational chart that serves as a compass for staff objectives and responsibilities – and has helped weather volatile periods.

“We have slowed our growth during more difficult times, but not declined,” said Anita Wagoner-Brown, the company’s director of sales and marketing since 2004. “We have worked harder to be lean, generate our own traffic and continue to have steady growth. The owners, Jalal and Mohammad, have made their opportunities through good business decisions and hard work.

“They have been frugal and invested most of their earnings back into the business. This has allowed them to be very well-leveraged financially and helped them to survive the ups and downs of the market.

“The company has adapted to the needs of the city throughout the years. Due to some severe tornados in the Oklahoma City area, they have been the leader in structural integrity and made it one of their unique selling propositions. They were also a leader in helping with closing costs and energy efficiency.”

The initial first-time buyer niche has been expanded as well in recent days.

In fact, Wagoner-Brown said the last 18 months have seen an average customer who’s 10 or 15 years older than previous norms, and who may be upsizing or downsizing rather than buying for the first time.
Upscale homes have been a recent hit in communities in Edmond, Okla. – about 14 miles north of Oklahoma City – which has provided a challenge for the company to build new homes as fast as the existing ones are selling. The first-time buyer product available in Edmond is also faring well, and Wagoner-Brown said “close to 80” will be sold in that community by the end of 2014.

“Brand awareness is something we have made a priority,” she said. “We have partnered with the (Oklahoma City) Thunder basketball team, have 50 billboards around town and are on radio and TV. We are also hugely involved in social media. However, the best marketing we do is through our sales team.

“They are involved with realtors and community events, and we work hard to maintain a relationship with our current homeowners. Our warranty program is strong and we go out of our way to keep people happy. People buy from who they trust and have a relationship with. There are many good builders around, but our sales force builds those relationships and communicates better than any others.”

Of course, with a new clientele comes a new batch of expectations.

To accommodate those buyers with more of a focus on energy efficiency, the company has gone to the industry standard Home Energy Rating System (HERS) over the past few years. The ratings are compiled via an assessment of a home by a certified energy rater, who assigns it a performance score relative to a reference home that has a similar design, size and shape as the home being assessed.

The lower the score given, the more energy 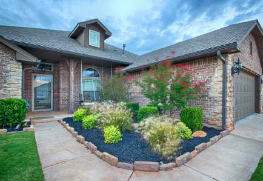 “We have also given buyers more choices in design and are also doing a little more customization for a production builder,” Wagoner-Brown said. “As we sell more to move-up buyers, they are asking for more options. Our database systems have improved as well. We use Lasso for follow-up, Build Pro and NEWSTAR for contracts and construction. Everything is more precise and it has made less room for errors in pricing, and setting expectations.”

Going forward toward 2020, she said, the primary company objectives will include exploring options for expansion into new territorial markets, as well as making inroads to buyers from different demographic groups – particularly those looking to downsize, as well as immigrants.

“The only factors that have slowed us down are the lack of developed lots, and also government regulations in regard to the cost of PMI (private mortgage insurance) on FHA (Federal Housing Administration) loans and qualifying first-time home buyers,” Wagoner-Brown said. “With construction price increases and additional PMI dollars, many first-time buyers are priced out of the market.”

WHO: Home Creations
WHAT: Builder of new homes in communities across the Oklahoma City and Tulsa metropolitan areas
WHERE: Headquarters in Moore, Okla.
WEBSITE: www.HomeCreations.com 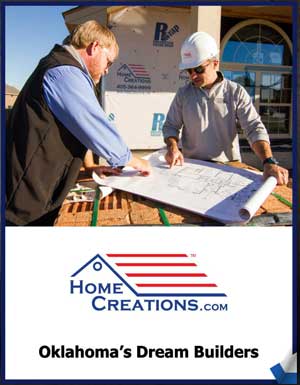