Zak’s Building & Home Building Centre got its start back in 1996, and has spent the subsequent 19 years with a primary focus on prompt, on-time service that’s designed to enhance customer satisfaction.

But, its current owners admit, the ways in which it follows through on those promises these days are a bit different from the initial plan their father, Henry Zacharias, had when he got the business going a generation ago.
“It was just a lumber yard and a small retail store,” said Wyatt Zacharias, who now shares the day-to-day operations load with his brother, Lance. “My dad just kind of jumped into the business, he bought it and he was just going to run it as that. He did that for a couple of years and found that there was a demand for construction services outside of that, so he began working his way into that, too.”

The groundwork for the business transition was successfully laid by a long family history in construction and related lines of work. It’s a timeline, in fact, that stretches back more than half a century and had included not only Wyatt and Lance’s father, but their grandfather and several uncles, too. 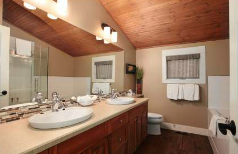 The mid-1990s patriarch is still active on the sales side in the operation, but, at age 47, he’s slowly starting to work his way out of daily oversight of an entity with a 75-person workforce. That staff covers an RTM (ready to move) business for homes, commercial and agricultural buildings, a retail hardware store, a fully stocked lumber yard and a newly founded cabinet shop.

“As we’ve been going we’ve seen an opportunity for growth inside the company because the market demands it, and we basically have filled those shoes every time an opportunity has come up and we’ve been in the right places as a company to take that opportunity.”

The bulk of the current business comes from RTM homes and agricultural buildings, Lance Zacharias said. The company had developed a reputation with its participation on sizable agricultural projects throughout Saskatchewan in its earlier days, and that lingering street cred has helped it stay relevant on that side of the business while building momentum with RTM homes.

And, contrary to frequent misconception, RTM homes are neither modular, nor pre-fab, nor mobile.

Rather, they are stick-built and placed on a permanent foundation, just like a house built by contractors from the ground up on a lot. The homes are built in a construction yard at Zak’s – using qualified builders and following national building code regulations – before they’re inspected by certified building inspectors and ultimately shipped by professional house movers to a final site.

The entire Zak’s operation is housed within about 30,000 square feet on a single 10-acre site in Hague, Saskatchewan, a town of slightly less than 1,000 residents that’s about 30 minutes northwest of the province’s largest city – Saskatoon. The geographic territory for services includes all of Saskatchewan and crosses the western lines into the neighboring province of Alberta as well.
The most typical RTM customer is “more mature,” Wyatt Zacharias said, and oft-times looking for a second home or a cottage near a lake. The client range does include a lot of first-time homebuyers, too, he said, while the agricultural buildings are typically purchased by dairy, chicken and grain farmers.

“One of the things that sets us apart with our RTMs is we do more of a unique style with a cottage look. We do our own log work here. None of our other RTM competition really does anything like that,” Lance Zacharias said. “We focus on quality a lot and we focus on being custom. So if a customer comes in and they’re looking for something just their own and they don’t want anybody else to have anything like it, we can build it. Some of the other competition just builds and sells the same units, over and over.”

The company will typically maintain close contact with homebuyers for at least a year following completion and transport of an RTM home, and longer relationships can be forged through extended warranties and other services. Generally speaking, the largest homes to be built and moved are around 2,000 square feet, though some work has been done with larger square footage and multiple stories.

Upon completion of construction, the houses take about a day to load onto a truck with hydraulic jacks and can be delivered anywhere in the province within another day or two – depending on how many power lines need to be lifted and/or moved to allow for transport. It then takes another half-day to unload the structure onto the foundation at the home site, again using hydraulic jacks and small rollers.

Deliveries can be made nearly year-round, 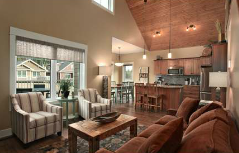 Wyatt Zacharias said, except for occasions of heavy rain or snow, or during a month-long road ban that stretches from mid-March to mid-April and mandates that heavy traffic throughout the province stays only on major highways and not on local or rural roads.

The most frequent RTM customers are those desiring houses in rural communities, and a burgeoning market has prompted the company to begin building homes available for immediate purchase.

“What we’re doing now is introducing our own line of what we call pre-designed units,” Lance Zacharias said. “These are basically a floor plan that our design staff has produced, and we’re going to build them on site and sell them as they go. We’re adding that to our custom side, so, if there are customers that come in who want to buy a home immediately, without the stress of having to make all the selections and go through the blueprint process, they can buy one on the spot and we can move it the next week.”

Not surprisingly, continued growth in the RTM business – both custom and pre-designed – is a mandate for the overall operation over the long haul as well.

“We want to be the premier builder in this province,” Lance Zacharias said. “There are three or four other big builders in this province, and we all kind of do something different. We want to continue to have that northern lake cottage market. We’re also getting more into commercial building, and in five years I see us being a fairly substantial commercial builder in this market as well.” 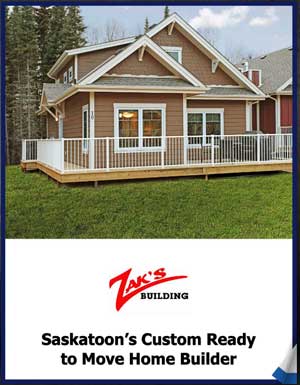