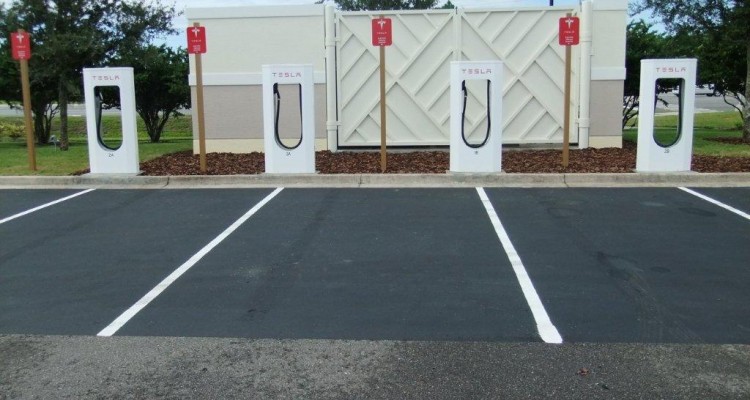 Carrick Contracting Corp. has worked for more than 20 years to establish a presence in the commercial, residential and telecommunication industries. The Florida-based company is now licensed/registered in more than 20 states and also serves as a certified government contractor.

Operations are headquartered in Lake Park and remain directed by founder Tom Carrick’s hands-on leadership. He remains involved in every facet of a project from due diligence to construction completion, and the company’s reputation has been built, literally, on the combination of a strong work ethic and an exceptionally high performance standard – which has consistently yielded complex projects that are finished within the timelines and budgets of all clients.
“Tom was in construction for pretty much his whole life and he was working for a company as a project manager, and he eventually got to a point where he thought, ‘Why don’t I go and try to do this on my own,’” said Lori Watts, the company’s director of marketing since December 1999. “So he went and got his general contractor’s license and ran into a friend from Motorola who asked if he’d like to come and do some work there. He went ahead and did it, and it’s just kind of snowballed from there.”

The work at Motorola then led to work at Nextel, and ultimately to a series of subsequent jobs once the fledgling company was established as one of the go-to contracting options for cellular communications work in South Florida. From there, Watts said, it relied on a top-down commitment to hiring professionals with pride in their work and a service-centric mindset toward customers.

That culture, she said, creates an environment where efficiency and accuracy is a natural byproduct.

“It all kind of happened by circumstance, more so than out of a grand plan,” Watts said. “We were one of the companies that was out there doing the work, and it began turning into a larger operation than he probably would have foreseen at the time he got things started.”

The workforce typically ranges from 30 to 35 these days, a slight uptick from the 20 or 25 employees who made up the roster during the most difficult days of the Great Recession. Those were obviously trying times, according to Troy Melnick, Carrick’s director of operations since 2002, but the efficiency lessons learned by necessity have carried forward as the company climbed back to profitability.

“We decided to stay lean and mean and evolve with the times when things got tight,” Melnick said. “We kept a core group of people here and slowly but surely added on when needed. We opened an office in Richmond, Va. in the last year and brought on some people as a result, but we’re still in the habit of keeping it tight and manageable for each employee.”

An additional office in Charlotte, N.C. has operated alongside the Florida headquarters for the last 15 years, which has led to a primary focus on clients in the Southeast region of the United States. But work is done far beyond those boundaries as well, Watts said, as evidenced by projects done in such far-flung areas as California, Arizona, Texas and Wisconsin.

The most typical Carrick client is involved in telecommunications, Watts said, and the company’s projects can range from build-outs on retail stores to government work. Verizon, AT&T and Sprint are significant and frequent customers, though the need for diversification into other industries was another tough lesson learned during the global downturn years.

Residential work had been a go-to for a while as well, but is being phased out.

“We had most of our apples in the telecom basket, and when that kind of dried up temporarily we were scrambling to find some work,” Watts said. “We had to reach back out to the government and to the commercial industry, and we still have our hands out in those industries as well.”

The ability to attract that work now is a residue of the reputation built since 1992.
In fact, the longevity of both the company as a whole and the majority of the employees within it – most have been affiliated for at least 10 years – are frequent selling points to new clients, she said.

“We’ve been here. We do good work and we have good people,” Watts said. “There are always the Mom and Pops that pop up here and there, and they come in and they’ll take some work from us. But when it all comes down to it, there are companies like ours and a handful of others that are still here after the bad times. They know we’re not going anywhere and that they can depend on us.”

A new operational wrinkle for Carrick has

been taking part in the recent construction of LEED (Leadership in Energy and Environmental Design)-certified stores for Verizon, as part of that company’s commitment to environmental friendliness. Each of the LEED-certified stores is forecast for annual savings of 12,000 kilowatt-hours of electricity and 28,000 gallons of water, in addition to diverting 28 tons of construction waste away from landfills.

Verizon was the first wireless company included in the U.S. Green Building Council’s LEED Volume Program, which prompted Carrick to quickly familiarize itself with the practices going forward. Carrick is also taking part in the construction of a handful of charging stations that are part of a nationwide network being put together by California-based Tesla Motors.

“We’ve been learning a lot about what’s required in these LEED projects and the green initiatives that they’re working toward,” Watts said. “It’s becoming more and more important to the companies we’re working for. Everybody’s trying to be a little more conscious about the environment, and that goes over big. It’s a challenge, but it’s important to them and to us.”

And that mandate for staying current won’t change, regardless of technologies or circumstance.

“Our customer relationships are our biggest asset,” Melnick said. “They tell us ‘This is what we’re looking at. This is what we see coming in the future, are you guys available to provide this work and to stay up with this?’ And we’ve do so, so far. If we’re out building sites, that’s what we’re learning. We have to be familiar with the ins and outs and we’re constantly training.

“It never stops, and we’re happy that that’s the reality.”

WHAT: Provider of construction management in commercial and telecommunication markets to both public and private sector clients 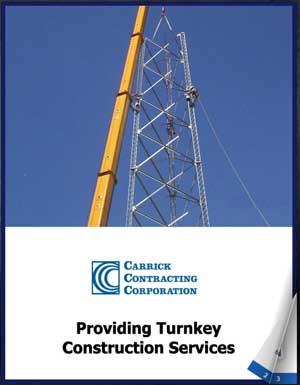